Stroke rates for the balloon-expandable device far exceeded those of the Evolut R; conscious sedation was also a clear winner. 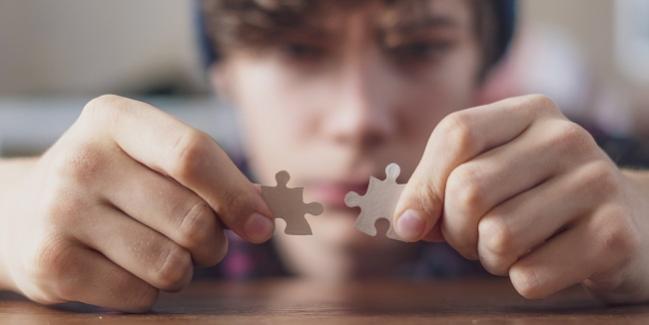 (UPDATED) One-year results from the SOLVE-TAVI trial, a head-to-head comparison of the self-expandable CoreValve Evolut R (Medtronic) and the balloon-expandable Sapien 3 (Edwards Lifesciences) in patients with symptomatic severe aortic stenosis at high risk for surgery, show the two valves to be comparable with respect to a broad composite endpoint that includes all-cause mortality, stroke, moderate/severe paravalvular leak, and the need for a new permanent pacemaker.

Drilling down, though, study investigators revealed a confusing, potentially worrisome finding, reporting that the rate of stroke, one of the study's secondary endpoints, was significantly higher with the Sapien 3 valve: 6.9% versus 1.0% with CoreValve Evolut R (P = 0.002).

Hans-Josef Feistritzer, MD, PhD (Heart Center Leipzig-University Hospital, Germany), who presented the results during the late-breaking clinical science session at TCT Connect 2020, said the rate of stroke observed with Sapien 3 in SOLVE-TAVI is higher than what has been previously seen in other trials and observational studies. In SOURCE 3, for example, the rate of stroke with Sapien 3 at 30 days and 1 year was 1.4% and 3.1%, respectively. In PARTNER 3, a trial of low-risk patients that also used the Sapien 3 device, the stroke rate was 1.2% at 1 year.

To TCTMD, Feistritzer said the higher risk of stroke might be related to more severe aortic root calcification among patients treated with Sapien 3, but he did note that baseline characteristics, such as STS-PROM risk score, patient age, and frailty measures, among others, were similar in both treatment arms.

“Of course, we need more post hoc analyses, which are already planned, to analyze possible confounders of this finding,” he said. Feistritzer added the study operators historically implanted more CoreValve devices and that experience with Sapien 3 might be a potential factor explaining the higher stroke rate. In a landmark analysis between 30 days and 1 year, there was no statistical difference in the risk of stroke between the two devices, he said.

Susheel Kodali, MD (NewYork-Presbyterian Hospital/Columbia University Irving Medical Center, New York), one of the moderators during a press conference where the results were presented, said head-to-head comparisons of TAVR devices are important for the field but that one of the challenges with such studies is the interaction with patient anatomy. “Each TAVR device interacts with the anatomy differently—how it crosses the arch and how it interacts with the annulus, the calcium, the root, everything—so there may be significant differences between the groups,” he said.

Another concern, said Kodali, is that SOLVE-TAVI is a relatively small study with 438 patients.

“That sort of lends itself to random events, and although I understand the [statistical] significance, a stroke rate of 6.9% compared with registries or trials that had a thousand patients with neurological assessment where the stroke rate was much lower—there’s something that we’re missing [here]. I think the post hoc analysis will be important in looking at this.”

I think I can say pretty confidently there is not a sevenfold difference in stroke rates between the devices. Gregg Stone

Following the late-breaking presentation, panelist Megan Coylewright, MD (Dartmouth-Hitchcock Medical Center, Lebanon, NH), like all the others, zeroed in on the higher rate of stroke. In the intermediate-risk trials, stroke rates range from 3% to 5%, with little difference between the two platforms (although those studies weren’t comparing CoreValve with Sapien directly), she said.

Gregg Stone, MD (Icahn School of Medicine at Mount Sinai, New York), also a panel discussant, stressed the study size. “Just from a statistical point of view, there was a sevenfold difference in stroke in a 400-patient randomized trial, which is vastly underpowered to detect small differences in stroke, let alone large differences,” he said, noting that other studies have suggested higher risks of stroke with CoreValve; none of those studies were definitive either. “I think I can say pretty confidently there is not a sevenfold difference in stroke rates between the devices. I’m willing to take that one to the bank.”

SOLVI-TAVI was a 2 x 2 factorial trial that randomized patients with symptomatic severe aortic stenosis to TAVR with CoreValve Evolut R versus Sapien 3 as well as to a strategy of local versus general anesthesia. Patients in the trial were approximately 82 years old, and the mean STS risk score was 7.7% with Evolut R and 7.6% with Sapien 3.

“Even with the balloon-expandable [valve] at 1 year, a new pacemaker rate of 20% seems a little bit high,” said Kodali. He noted that the SOLVE-TAVI population is relatively high-risk based on the STS score, akin to patients randomized in the pivotal high-risk trials with CoreValve and Sapien. Nonetheless, Kodali said he doesn’t have a good answer to explain the high pacemaker rates.

Feistritzer conceded that pacemaker rates in SOLVE-TAVI were elevated, both at 30 days and 1 year. In the FORWARD registry of patients with Evolut R, the pacemaker rate was 19.7%, which isn’t out of line with what was observed with the self-expanding valve in SOLVE-TAVI. As for the high pacemaker rate with Sapien 3, however, Feistritzer said the reason might be attributed to older implantation techniques. “This study started many years ago, and maybe at this time point, implantation [depth] was lower than it is today,” said Feistritzer.

Stone, along with Samir Kapadia, MD (Cleveland Clinic, OH), agreed that the higher pacemaker rates, particularly with Sapien 3, and the higher rate of stroke with the device, would go hand-in-hand if operators had more experience with CoreValve, as suggested by Feistritzer.

In the sedation arm of the trial, there was no difference in all-cause or cardiovascular mortality at 1 year in patients who had local or general anesthesia at the time of their procedures. Rates of stroke, MI, infection need for antibiotics, acute kidney injury, and other safety measures were all equivalent between the two sedation strategies.

In addition to safety, Feistritzer said conscious sedation translates into shorter hospital and ICU stays, and while they didn’t perform a cost analysis, one is planned, and he suspects it will favor local anesthesia. Overall, the study shows that conscious sedation can be performed in the “majority” of patients undergoing TAVR, he added.

Kodali said that, while they also do the majority of their cases with conscious sedation, he still thinks local anesthesia can play a role.

The goal is an optimal TAVR result at the lowest risk possible, and each operator will have their own preference for local or general anesthesia based on that equation, said Kodali.

4 days ago
Was diagnosed of Coronary Heart Disease in 2018, my respiration was 27 with oxygen saturation of 89%. I was extremely short of breath. My doctor started me on  lasix and digoxin, the medications helped but not very much. My primary care doctor referred me to Herbal HealthPoint, i immediately started on their CH-D FORMULA. I had a total decline in major symptoms including angina, sob, fatigue and others. Go to ww w. herbalhealthpoint. c om...