An interest in biology and experience as an ER tech pulled this Louisiana-born fellow into the field of interventional cardiology. 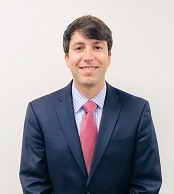 Shane Prejean, MD, is an interventional cardiology fellow at the University of Alabama at Birmingham (UAB), where he also trained in general cardiology. He was educated at Nicholls State University (Thibodaux, LA) and Louisiana Health Sciences Center (New Orleans, LA), and completed his internal medicine residency at Louisiana State University (Baton Rouge, LA), where he served as chief resident. Next year, Prejean plans to stay at the University of Alabama to be one of the institution’s inaugural structural heart interventional fellows. After training, he would like to be a structural interventionist, with a special focus in mitral valve disease, most likely in a private practice setting.

Why did you decide to pursue a career in interventional cardiology?

In high school and college I knew I was interested in medicine because I liked biology and the sciences, but it was my college job as an ER tech that really captivated me with the field. I originally applied for a job as a technician because I knew that I wanted to get some contact with patients and see what that was like. Part of that job was to help take patients’ vital signs when they came into the emergency department, and seeing patients come in with acute MIs or STEMIs really kind of piqued my interest. Observing the very streamlined process of when patients come in, get their care in the ER, and then go immediately to the cath lab, I felt very inspired by the urgent teamwork and then the rapid and timely care that was administered. That experience was humbling because I was at the bottom of the totem pole—I wheeled people around, helped clean patients, and things like that. It opened my eyes to what medicine could be like but it also kind of helped humble me in that, first and foremost, we're here to serve patients.

After that I did a summer internship in college with a group down in my hometown of Houma, LA, and that furthered my interest. So I knew going into medical school that I was interested in cardiology.

What has been your most meaningful clinical experience so far?

During my first year of general fellowship, we took the majority of the overnight call for a 1,200-bed academic university hospital. Staying overnight and seeing the acute presentations of cardiac disease in that first year of fellowship was meaningful in that a lot changes in that first 24 hours after a patient presents to the hospital. It was empowering to be able to admit patients, decide their treatments, and then watch how those treatments affect their care over the following 24-48 hours. We got a very hands-on experience and a lot of autonomy, and I really grew a lot in that year. The first stage was being scared and then I gained confidence and then I had intermittent periods where I was humbled again. It was a real mix of emotions and feelings.

How do you envision your career as a cardiologist?

I'm going to do private practice and mainly structural, but usually that means some degree of a mixed practice. I’m interested in a private model that has some affiliation with academics, but not in the traditional university setting so that I can still teach. I'm definitely intrigued by mitral disease, because that’s a very undertreated population. The indications obviously are expanding, so I'd like to be on the forefront of that wave of new technology and devices. At UAB, we are lucky in that we have a fairly high volume of mitral procedures, including MitraClip and Tendyne (Abbott). So as interventional fellows, we get to scrub and participate in those procedures as well.

In light of some of the recent controversy within the field of structural heart training, what were your motivations for pursuing fellowship at a new program?

First, I do believe that it is time for the leaders in structural heart disease to come together and initiate the process to define requirements for training in a structural heart disease fellowship. In the meantime, I believe that fellows should really try to familiarize themselves with programs and pursue one with two things: adequate volume and a record of allowing fellows to get their hands on the catheter. The goal is to become an independent operator by the time you are done training, even on the rarer or more challenging cases.

What would you say is the best piece of advice you've received from a mentor?

My internal medicine program director, George Karam, MD, gave me one of the best pieces of advice: you should do the best at your current job whatever it is. At that time, he told me to be the best internal medicine resident that I could be. Then as a cardiology trainee, I took the same approach, and I suggest the same for those that go behind me. Whether you're on a rotation for what you ultimately want to do (for me, interventional) versus an imaging month versus clinic, you should always just focus on what you're doing and then do the best job that you can. I think that translates into the cath lab given that sometimes you're the one doing the procedure and sometimes you're the one assisting, but as long as you're engaged and do the best job that you can at your current job, then the rest kind of falls into place.

What is your best advice for incoming fellows?

Stay late, even when you don't have to. Frequently the best learning situations happen in the middle of the night or outside of business hours, so you never know when that case that might inspire you or might teach you something that you've never seen before might happen. Secondly, just look for learning opportunities in every situation. No matter what you're doing, if you look for ways to learn from it and then take time to reflect afterward, then you'll really get more out of it than if you're just sitting there doing a bunch of procedures or doing things without taking time to reflect. Also, get on #CardioTwitter.

What are you most looking forward to after you finish training?

The practice of medicine, especially cardiology, is a constant learning process, but I feel like the first year of practice will have the steepest learning curve. I’ll be the one who people turn to for the answer and the one who has to make decisions and lead, whether it's an interventional case or in a patient's overall treatment plan. I'm really looking forward to using all the training I've learned over the past 15 years and finally getting to put that into practice. That process will be not only rewarding but also be a period of rapid growth. Mostly, I’m excited to actually get to see how the training I’ve received can impact patients and how it is to make the final decisions.

What is something that people might not know about you?

I would say that I'm a good cook. I like to make any South Louisiana dish, whether it's gumbo, boiled crawfish, or jambalaya. Usually if I'm off on the weekend, especially during football season, you can find me cooking. I learned from both my parents—it's pretty much a prerequisite that if you're from South Louisiana you have to know how to cook.

What his nominator, Arka Chatterjee, MD (University of Alabama at Birmingham), says:

Shane was a superb general cardiology fellow and made sure he got the best out of his 3 years focusing on the cath lab and imaging for structural procedures—by the end of his training he was adept at cardiac CT and transesophageal echo. In the meanwhile, he has become really proficient with coronary cases and is already at the level of a mid-to-late-year interventional fellow. He is thoughtful and pays attention to why we need to do a procedure. This is a quality that makes him stand out, since a majority of our patients needing structural heat work are elderly and sometimes doing a procedure may not be the right option. He is a gem of a person, calm and patient even in most trying situations, and all of us expect the best from him going forward.