The Global Burden of Cardiovascular Diseases Collaboration shows many southern US states are lagging behind in improving population CV health. 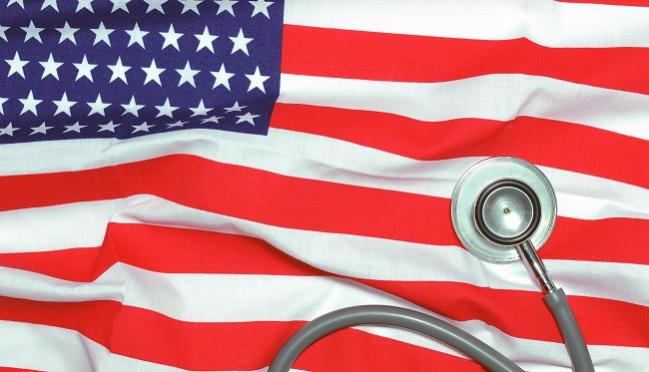 While the burden of cardiovascular disease has declined overall in the United States, many geographic areas lag behind others, with some even showing increasing trends. Researchers say efforts are needed to understand the persistent disparities that have led to some states sliding back.

“We found that it took 25 years for states with the largest burden of CVD to achieve levels observed among the healthiest states in 1990,” write Gregory A. Roth, MD, MPH (University of Washington, Seattle), and colleagues from the Global Burden of Cardiovascular Diseases Collaboration. “States with the highest burden of CVD in 1990, such as Kentucky, West Virginia, Alabama, Arkansas, Louisiana, Tennessee, and Oklahoma, are only now achieving the 1990 levels of CVD burden in Massachusetts, Connecticut, and New Jersey.” Mississippi had the largest CVD burden overall, while Minnesota had the lowest.

The analysis found that 12 states experienced increases rather than decreases in the total burden of CVD from 2010 to 2016. In an interview with TCTMD, Wayne D. Rosamond, PhD (University of North Carolina at Chapel Hill), who wrote an editorial accompanying the study, said if those states are forecasting the future for the rest of the country, it’s crucial that researchers find out why it’s happening.

“We’ve known for a long time that there were patterns to these things, they’re not randomly distributed, but understanding what drives those patterns is a difficult task . . . and understanding it better can tell you about how to prevent it,” Rosamond said.

Likewise, in an online commentary posted to the American Heart Association’s website, Eduardo Sanchez, MD, MPH (Centers for Health Metrics and Evaluation, American Heart Association, Dallas, TX), says the new data “serve as a call to action” to prevent and control CVD. According to Sanchez, a better understanding of social dynamics by all stakeholders (healthcare providers, insurers, policymakers, and others) is crucial given the enormous influence of factors such as race, ethnicity, income, environment, and education in the development of the disease and amid growing diversity in the demographics of the United States.

The paper, published online April 11, 2018, ahead of print in JAMA Cardiology, examined data from the Global Burden of Disease Study 2016. While all states saw declines in CVD burden during the study period, the variations were significant. Those with the highest degree of positive change in CVD burden were the District of Columbia, New Hampshire, and New York. The District of Columbia, which had the highest burden in 1990 fell to the 11th highest by 2016.

“These findings support the idea that tremendous gains in cardiovascular health are possible even in states with lower socioeconomic levels but that relative disparities between states have changed very little,” Roth and colleagues write. The disparities may be of particular concern, they add, for states such as Alabama, Mississippi, Oklahoma, and Tennessee, all of which recently chose not to expand their respective Medicaid systems.

Roth and colleagues also say the increases in CVD burden among some states suggests that the long-term decline in CVD mortality that has been seen for decades may be ending.

Prevention Focused on Living Rather Than Dying

The study looked at the state-by-state differences in terms of disability-adjusted life years (DALYs), with an eye toward how having CVD affects quality of life and disability. In an editor’s note, Mark D. Huffman, MD, MPH (Northwestern University Feinberg School of Medicine, Chicago, IL), refers to this as “health loss,” and maintains that the metric is a more “mature” way of looking at the issue.

Put frankly, it is also more relatable and uplifting than mortality statistics, Rosamond said. “What we’re trying to do is find ways to move toward optimizing our ideal health and achieving better cardiovascular health, not just avoiding cardiovascular death,” he explained. “It’s a positive message that is important to get across.”

What we’re trying to do is find ways to move toward optimizing our ideal health and achieving better cardiovascular health, not just avoiding cardiovascular death. Wayne D. Rosamond

Roth and colleagues say the findings highlight the fact that modifiable and well-known risk factors such as poor diet, high body mass index, and low physical activity account for much of the variation seen in the study. In addition, they say new clinical or public health interventions delivered earlier in life may be needed to improve upon existing prevention efforts.

As the study shows, some populations may need more targeting for prevention than others. One surprising finding was that decreases in CVD burden occurred more slowly among women compared with men in all 50 states.

“That’s something we need to understand better and where we need to make more efficient changes,” Rosamond noted. Modifying public health policies and messaging may be part of the solution, he added. “We need to make sure that when we try to influence the overall environment to be healthier, that the opportunity is available to everybody.”

‘Striking’ Rise in TAVR Among Patients With Previous CABG