An editorial points out that the United States lags behind Europe with regard to coronary ISR therapies. 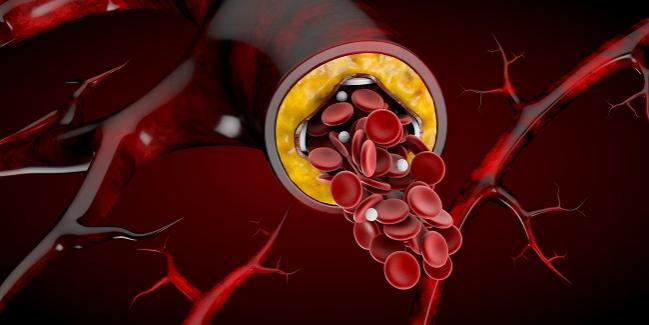 Although in-stent restenosis (ISR) is not on the radar of operators as much as it once was, the proportion of PCIs performed for it has remained steady over time in the United States, accounting for one in 10 interventions, according to an analysis of patients treated from 2009 to 2017.

Lead author Issam D. Moussa, MD, MBA (Carle Heart & Vascular Institute, Champaign, IL), said that while it is difficult to demonstrate in these types of analyses, the complexity of the PCIs being performed increased over the study period. For instance, ever more patients are treated for chronic total occlusions (CTOs).

“That tells me that clearly, the drug-eluting stents have made a significant improvement,” he told TCTMD. “In low-risk lesions, we're still not seeing much restenosis. But if you get into metal jackets, and CTOs, and long lesions, we are still seeing in-stent occlusions . . . there’s a symmetry to the sort of patients who are having [ISR] events.”

In an editorial, Adnan Kastrati, MD, and Salvatore Cassese, MD, PhD (Deutsches Herzzentrum, Munich, Germany), say the steady rate of ISR prevalence is a “positive and reassuring finding,” adding that “actual rates of clinical ISR are difficult to assess and prone to bias, resulting in considerably lower rates compared with ISR detected by imaging. For this reason, the prevalence of ISR reported in the study might be underestimated.”

Moussa and colleagues examined data for over 5 million patients in the CathPCI Registry of the National Cardiovascular Data Registry, finding 542,112 cases of ISR (10%) between 2009 and 2017. Of those, 54% of original stents in the ISR lesion were DES, 16% were BMS, and 30% had no data available on stent type.

Patients who had ISR PCI were more frequently admitted to hospitals with higher PCI volume than those undergoing PCI for other reasons, and they were more likely to have unstable angina but less likely to present with NSTEMI or STEMI. The overall percentage of patients who had both ISR PCI and NSTEMI/STEMI were 15.5% and 7.8%, respectively. Among nearly 46,000 patients with an ISR and STEMI, the restenosis was located in the culprit lesion in 91.6%.

Compared with patients with non-ISR PCI, those with ISR more often had multivessel revascularization as well as PCI of a saphenous vein graft, protected left main coronary artery, and CTO.

In a propensity-matched analysis, in-hospital complications including death, MI, stroke, cardiogenic shock, heart failure, bleeding, and length of stay were similar between patients with ISR and non-ISR PCI. Procedurally, there were no differences in contrast volume or fluoroscopy time. However, compared with non-ISR PCI, those with ISR were less likely to receive repeat stenting (82.6% vs 95.5%; P < 0.001), more often being treated with plain balloon angioplasty, atherectomy, or brachytherapy.

To TCTMD, Moussa said the findings reiterate the message that ISR is not a benign process, and also have implications for how physicians communicate with patients before and after a first PCI.

“It’s important for the physician to recognize and convey that . . . the stent or bypass, for that matter, is not the cure. They need to still do the right things in terms of cholesterol, diet, and exercise. And they also need to be aware that if they have symptoms, they need to really pay attention and not just sit on it thinking it’s not a big deal,” he stressed.

In their editorial, Kastrati and Cassese note that treatment strategies for ISR in the United States are “not completely in line with current practice and recommendations in Europe,” pointing to the low rates of repeat stent implantation in comparison to plain balloon angioplasty and other measures.

“It is worth mentioning that in the United States, drug-coated balloon (DCB) technology has not yet received US Food and Drug Administration approval for use in the coronary vasculature,” Kastrati and Cassese write. “This is in contrast with overwhelming evidence supporting two strategies for the treatment of any type of coronary ISR: PCI with everolimus-eluting stent or DCB.”

But Moussa observed that while an argument can be made for routine repeat stenting, individualized approaches need to be considered for each patient with an ISR.

“There’s no doubt that some people [restent] because it’s easier, or maybe in their mind it’s always better,” Moussa said. “This is a big issue though because there are stents we find that are underexpanded. Putting another stent in that without first testing the expansion or doing imaging would absolutely make things worse.”

Kastrati and Cassese conclude that widespread adoption of DES and increasing CAD complexity suggest that “ISR is expected to increase in the years to come.” They add that “the lessons learned from extensive clinical assessment of treatment strategies for ISR in Europe over the last 15 years merit more attention from the regulatory agencies for device approval in the United States.”

Note: Several co-authors are faculty members of the Cardiovascular Research Foundation, the publisher of TCTMD.

As Interventions Dip During COVID-19, CMS Offers Leniency on Volumes

Clopidogrel Only Needed for 3 Months After ASD Closure: CANOA Analysis