Compared with people not exposed to medical radiation at work, interventional cardiologists had a 3-fold risk of lens opacities. 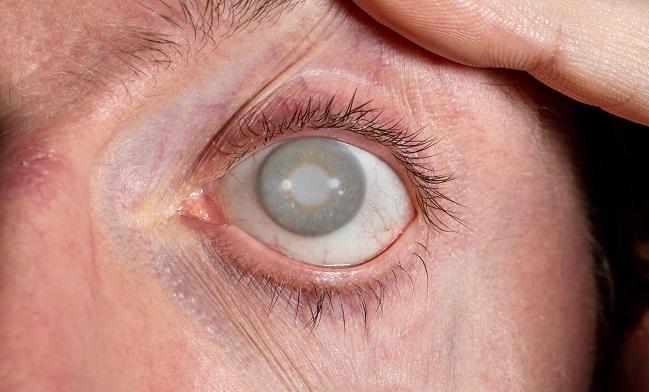 There’s more evidence that routine exposure to radiation in the cath lab can put interventional cardiologists at increased risk for cataracts. Investigators say the findings highlight the importance of using protective shields and wearing lead glasses.

The meta-analysis, published in the July 2017 issue of Catheterization and Cardiovascular Interventions, also suggests that technical staff in the cath lab who are exposed to occupational ionizing radiation may be more susceptible to a certain type of cataract than unexposed controls. The researchers, led by Ahmed Elmaraezy, MD (Al-Azhar University, Cairo, Egypt), also caution that uncertainty still exists regarding the dose-response relationship in low-exposure medical radiation situations.

In an editorial accompanying the study, however, Timothy D. Henry, MD (Cedars-Sinai Heart Institute, Los Angeles, CA), and Christopher R. Henry, MD (Retina Consultants of Houston, TX), note that cataracts are a treatable condition, and that surgery for them “is a slick, efficient, and predictable procedure,” with infrequent vision-threatening complications.

Posterior subcapsular cataracts (PSC) were seen in 33.4% of interventional cardiologists, occurring at a much higher rate than unexposed controls (RR 3.21; 95% CI 2.14-4.83). Other types of lens damage, including opacities of the cortical lens and the nuclear lens were not different between interventional cardiologists and those with no occupational exposures to medical radiation.

One of the studies in the meta-analysis concluded that lens opacities were related to duration of exposure to radiation in the cath lab and failure to use radiation protection. Specifically, physicians with more than 25 years of cardiac catheterization experience and those who wore lead glasses less than 75% of the time while working had about a six-fold increased risk of cataracts.

As for the risk to others in the cath lab, three studies included in the meta-analysis looked at exposures of nurses and support staff. The pooled data suggest that they also have a higher risk of the same type of PSC than controls unexposed to occupational radiation (RR 2.76; 95% CI 1.43-5.31).

Proper Protection a Must for Interventionalists

Stephen Balter, PhD (Columbia University Medical Center, New York, NY), who commented on the study for TCTMD, said despite what the meta-analysis concludes, the overall literature shows little risk for cath lab staff who are not at the table and exposed to the same level of radiation as the interventional cardiologist.

“Someone who is tableside all day should be wearing appropriate leaded eyewear with side shields,” Balter said. “The US guidance on [occupational eye exposure] is 50 mSv a year, and the European guidance is 20 mSv. Virtually none of our [cath lab support staff] have numbers above 1 mSv. Additionally, I do not think even the busiest interventional cardiologists at Columbia approach 50 mSv, they don’t even approach 20 mSv.”

Furthermore, Balter said there may be other reasons beside radiation to explain the lens opacities that were found in the studies, including normal senile cataracts. He noted that while all the studies in the meta-analysis used a slit lamp for eye exams, it is unclear how they differentiated age-related cataracts from those thought to be caused by radiation exposure. Radiation cataracts are one of the few radiation-related diseases with a specific “signature,” he added.

Another issue, Balter noted, is the potential for selection bias among the studies examined. In at least one case, the data came from physicians, nurses, and technicians attending an interventional cardiology congress who self-reported radiation exposures and had their eyes examined.

Despite the fact that cataracts are fairly easily treated, Henry and Henry note that they remain the leading cause of visual impairment worldwide. “PSC, the type of lens opacities found to be elevated in this study, have been shown to have a greater adverse effect on vision-specific functioning than other subtypes of cataracts and even early stage PSC can have a substantial impact on vision,” they write.

They also note that cataracts are not the only radiation-related eye damage that can occur in interventional cardiologists. Other concerns include eyelid and adnexal malignancies, as well as conjunctival squamous cell neoplasia, and corneal intraepithelial neoplasia, which in some cases can be fatal.

Given the risks, Henry and Henry say, the focus should be on decreasing radiation exposure times and practicing optimal radiation safety at all times.

“You shouldn’t be nonchalant about this,” Balter concluded. “This is something that is easily defended against and there’s no reason not to be protecting yourself and your eye health.”

Nearly Half of Interventional Cardiologists May Have Pre-Cataract Lesions