The results also highlight the critical role LDL plays in the early development of atherosclerosis, even when risk factor control is “optimal.” 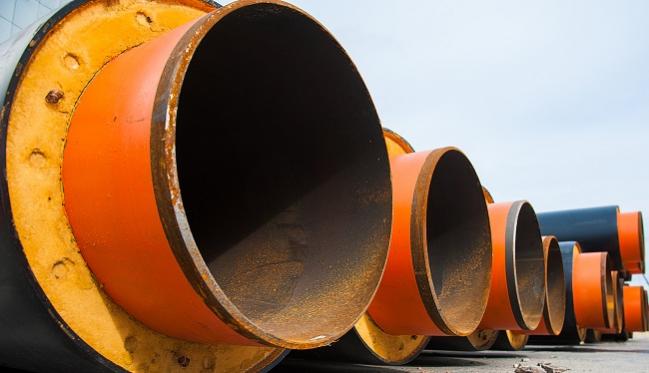 Approximately half of healthy individuals without any cardiovascular risk factors have some form of subclinical atherosclerosis, according to a new analysis.

Even in a subgroup of individuals with optimized CVD risk factors, which included more tightly controlled blood pressure, cholesterol levels, and fasting plasma glucose, 38% had evidence of subclinical disease.

The study highlights the “crucial role of LDL cholesterol in early disease stages,” even among individuals considered healthy by traditional standards, Leticia Fernández-Friera, MD (Centro Nacional de Investigaciones Cardiovasculares Carlos III, Madrid, Spain), and colleagues write online ahead of the December 19, 2017, issue of the Journal of the American College of Cardiology.

Brendan Everett, MD (Brigham and Women’s Hospital, Boston, MA), who was not involved in the study, said the identification of subclinical atherosclerosis with vascular ultrasound and CT is not surprising, noting that atherosclerotic plaque develops in individuals as young as 18 years, sometimes earlier.

While the prevalence of subclinical disease is quite high in people without cardiovascular risk factors, it’s unclear whether these individuals will progress to clinically significant atherosclerotic cardiovascular events, such as MI, stroke, or cardiovascular death.

“It’s also not clear whether treating subclinical atherosclerosis is wise from a safety standpoint or from a cost-benefit standpoint, even with drugs as safe as statins,” said Everett. “On the other hand, it’s abundantly clear that LDL cholesterol is a toxic substance and the less of it you have circulating over the course of a lifetime, the more likely you are to avoid major cardiovascular events.”

The new analysis is based on a subset of participants in the Progression of Early Subclinical Atherosclerosis (PESA) study with cardiovascular risk factor levels below current thresholds.

Subclinical atherosclerosis—identified with vascular ultrasound and coronary artery calcium (CAC) screening using CT—was present in 49.7% of participants. Disease was present in the carotid arteries (22.7%), infrarenal aorta (17.2%), and iliofemoral arteries (30.1%). One in every nine individuals had evidence of coronary calcification, the majority of which was mild. In those with optimized risk factor control, 37.8% had evidence of subclinical atherosclerosis.

Parag Joshi, MD (UT Southwestern Medical Center, Dallas, TX), who was not involved in the present study, noted that in a previous analysis of subjects with a low lifetime risk of CVD in the Multi-Ethnic Study of Atherosclerosis (MESA), which would include people with well-controlled risk factors, approximately one-third had evidence of coronary artery calcification. This latest study is yet another showing a link between atherosclerosis and what were previously considered “normal” LDL cholesterol levels.

“Does that mean you treat with medication, or do you really keep the focus on lifestyle?” he asked. “The message that really needs to be hammered in a bit more is that we need to get more active, lose weight, and build healthy habits at a younger age. This really shows that plaque builds up over years before it leads to clinical disease. It’s really before it starts to build up that you can make the most impact.”

Everett pointed out that the researchers used an older definition of normal LDL cholesterol levels: less than 160 mg/dL. This hasn’t been considered normal for at least 10 years, with the publication of JUPITER in 2008. In that study, researchers showed that treating individuals with LDL cholesterol levels less than 130 mg/dL (and with high C-reactive protein levels) reduced the risk of major cardiovascular events.

Overall, these latest data, like countless studies before it, suggest there is a linear relationship between LDL cholesterol levels and cardiovascular risk. “We used to talk about a goal of 70 mg/dL, for example,” said Everett. “But it’s not like if you go from 71 mg/dL to 69 mg/dL you’ve fixed the program—there’s still a continuous relationship there.”

Joshi noted that in the Dallas Heart Study and Atherosclerosis Risk in Communities (ARIC) study, researchers showed that individuals with very low LDL cholesterol levels resulting from loss-of-function PCSK9 mutations had very low risk of CVD events. This indicates that a low lifetime exposure of LDL cholesterol is associated with a low risk of cardiac events.

“I think we’re seeing more and more that a lower exposure to LDL cholesterol [is] better,” said Joshi.

Use of CAC in Future Risk Calculations

“Even in [this] group that had reasonable primordial prevention, the prevalence of subclinical atherosclerosis was significant,” they write.

The current American College of Cardiology/American Heart Association 10-year risk model used to determine treatment, such as statins, does not include imaging modalities for risk assessment. However, from a clinical standpoint, they probably should be used, said Everett, as they can help inform decisions about whether to start treatment.

“I would hope that in future iterations of risk-prediction models we can use some of these, particularly coronary calcium screening, as they are highly predictive of future events,” said Everett.

To TCTMD, Joshi said his group uses CAC screening because there are robust data supporting a relationship between CAC scores and clinical events. In practice, they will treat patients aggressively if calcium is detected, but there are limited data to support such aggressive treatment if subclinical atherosclerosis is detected in these other vascular beds.