Nearly a decade after the AUC debuted, practice is mixed and only half of interventionalists think these criteria have helped patients and cath labs. 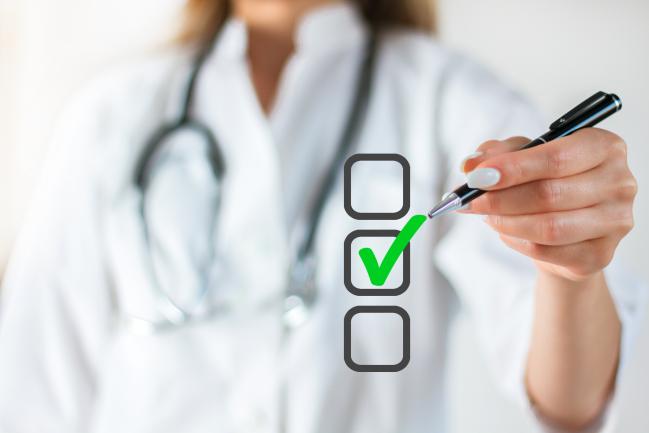 Interventional cardiologists still have mixed perspectives on appropriate use criteria (AUC) for diagnostic catherization and percutaneous coronary interventions nearly a decade after the metrics debuted, according to results of a recent survey.

Only half of those who replied (51.4%) said the AUC process has been helpful to their patients and cath lab, a finding that the researchers describe as “disturbing” in their paper, published online earlier this month in Catheterization and Cardiovascular Interventions.

Spearheaded by the American College of Cardiology Interventional Section Council, the 11-question online survey was sent to 4,157 interventional cardiologists in June 2017, garnering a response rate of 9%. It came on the heels of recent updates to the AUC: stable ischemic heart disease, released in March 2017, and acute coronary syndromes, issued in December 2016.

“The whole point of it was to understand what was going on, with the underlying theme that we really feel like the Council should act to help people implement this in a way that works with their workflow, to get the most out of AUC,” Frederick G. P. Welt, MD (University of Utah Health, Salt Lake City), the study’s lead author, told TCTMD. Moving forward, he said, the group may create some sort of tool kit to streamline the use of AUC, so that the knowledge can be more easily accessed at the time of the procedure.

On the whole, Welt observed, “a lot of the responses we heard jibe with what we felt in some ways ourselves and have seen in looking at practice.”

AUC at their best should really help people understand what is going on in their lab and how they’re taking care of patients. Frederick G. P. Welt

The split among respondents over the AUC’s impact is “something we feel we need to address, because AUC at their best should really help people understand what is going on in their lab and how they’re taking care of patients,” he said. “It should be a way to improve practice overall, and make practitioners and patients feel better about the decisions that are being made once a catheterization is undertaken.”

Here, the message isn’t that AUC are bad, Welt stressed. “We think they’re incredibly useful . . . . I just think people need to be able to use these in a way that informs their practice.”

Manesh R. Patel, MD (Duke University Medical Center, Durham, NC), who chaired the writing groups of not only the latest but also the 2012 and 2009 incarnations of the AUC, told TCTMD that like anything else, opinions on AUC are a matter of perspective.

“When we first started doing the appropriate use criteria . . . people weren’t even sure what they were and why we needed them. I would note at that time there wasn’t a common way in which the indication for a coronary revascularization procedure was captured around the country,” Patel explained. “So, whether it’s documentation, the language we use, or the way in which we discuss with patients, if nothing else I think the appropriate use criteria have at least given us a framework to have that conversation, and hopefully it continues to improve.”

That half of the survey takers said the AUC aren’t helpful isn’t a verdict against the criteria, but rather a measure of how the field is evolving, he said. Some respondents may simply feel the AUC haven’t added much to the high level of care they were already providing. “That’s what a lot of people tell me, and maybe they were, I don’t know,” Patel noted. “Part of what we’re asking is, can you demonstrate that you’re delivering a certain level of appropriate, timely care?”

Of the 362 respondents, most (93.1%) said their cath lab routinely assessed AUC before PCI, but only 53.9% reported doing so ahead of diagnostic catheterization. For PCI, appropriateness was assessed using various tools, including the Society for Cardiovascular Angiography and Interventions app (28.2%), a grid of indications posted in the lab (29.6%), or some other method (22.7%). Nearly three-quarters of those surveyed said their lab lacked an electronic medical record-based approach to AUC.

Exactly what was done with the AUC information varied, though most commonly it was reviewed via the National Cardiovascular Data Registry dashboard on a regular basis (44.2%) or at cath lab quality committee meetings or administrative meetings (45.0%). Fully 11.3% of respondents said their centers did nothing with the data, 12.4% were unsure how it was handled, and 16.9% informally assessed AUC without retaining the details.

Most physicians surveyed (70.2%) said their lab didn’t defer diagnostic caths based on AUC, but one-third (34.0%) reported doing so with PCI. Disagreements over appropriateness most commonly occurred in relation to the anginal equivalents definition (65.5%), symptomatic status for staged procedures (63.0%), and how to rate a patient with congestive heart failure but not angina (49.5%).

Six in 10 respondents said the proportion of “rarely appropriate” (or “inappropriate”) PCI has decreased in the last several years. This shift was attributed mostly to better documentation to justify appropriateness (66.0%), though the deferral of less-than-appropriate cases to medical therapy and more aggressive attempts at medical therapy before patients presented to the cath lab was cited by 30.9% and 29.6% of respondents, respectively.

Not Just the ‘Cath Lab’s Problem’

As has been done before, including by the AUC’s creators, Welt and colleagues highlight the issue of reimbursement. “Recent trends toward tying payment to performance have raised concerns that these criteria will be incorrectly applied to individual patient reimbursement, which is not what they were designed to do,” they write. “Consequently, the AUC have become controversial, not for their value in quality assessment, but for the manner in which agencies have used the AUC as a tool to potentially deny payment for certain patients.”

To TCTMD, Welt said he hasn’t encountered this in his own practice. That said, a possible link between appropriateness and reimbursement “is something that always comes up as a concern, and it has from the very beginning,” he explained. “Maybe that’s a concern that’s not well-founded, but we should probably stay vigilant for that. That’s not what [AUC] were intended to do, and there will always be clinical situations that come up where the patient-level situation may contradict AUC.”

One important thing to consider, Welt said, is that use of AUC isn’t “just the cath lab’s problem.”

“We get a lot of patients who are referred in and if the person who’s referring them doesn’t understand AUC completely, then we can get patients coming into the cath lab that right off the bat may not meet all criteria for [appropriateness],” he said, giving the example of someone with stable angina who hasn’t had sufficient medical therapy. “When a colleague refers you a case and you meet that patient on the morning of that procedure, it’s a very difficult proposition to then say, ‘We’re not going to do this procedure. You don’t need this.’”

What would be better is thinking of the criteria as not just belonging in the realm of interventional cardiology but rather that “AUC belong to all of cardiology,” Welt suggested. “We’d love to see a more collaborative look at this.” At Geisinger Medical Center, for example, a concerted effort to educate primary care physicians referring patients for elective cardiac catheterization shifted the balance toward appropriateness.

For Patel, “the appropriate use criteria by no means are meant to replace clinical judgment, by any stretch. They’re meant to help provide guidance on population care and certainly as you think about your individual patients, ways in which we can better care for [them].”

In day-to-day practice, the “reliance on coronary physiology, the ability to demonstrate a significant lesion, the ability to capture symptoms, the ability to better understand a patient’s medical therapy” are big concepts that have become standard in cardiology. Prior to the AUC, they weren’t documented in the same way, Patel observed. “So even though sometimes there’s an increase in our workload in measuring things and capturing them, I would say this has been pretty worthwhile.”

“I’m obviously biased—I spend a lot of my time doing appropriate use criteria, so I recognize that I might be bringing a biased approach,” he continued. “This is a classic glass half full or glass half empty. My response to that is I think it’s glass half full, given that 9 years ago the glass didn’t even exist.”

Tools that would make the AUC “more of a living document or real time would be valuable,” Patel agreed.

But Patel also predicted the field will soon be shifting faster in ways that today’s cardiologists can’t even anticipate, via improvements in physiologic and angiographic assessment. He cited machine learning in angiography and the potential for using computational fluid dynamics rather than pressure wires. “I imagine that just like for a cockpit for a pilot, we would want a variety of easy to understand inputs as we care for that patient, that integrate both the [electronic health record] and what we’re doing, to aid us in delivering better care,” he said.

Improved delivery of care “has been the dream not just for appropriate use criteria but for many of us doing interventional cardiology, so that we can better revascularize our patients and make sure they get an actual benefit with the least risk,” Patel concluded.