NOAC-based dual therapy beat out triple therapy in four trials, but the safety of switching stable patients has been unclear. 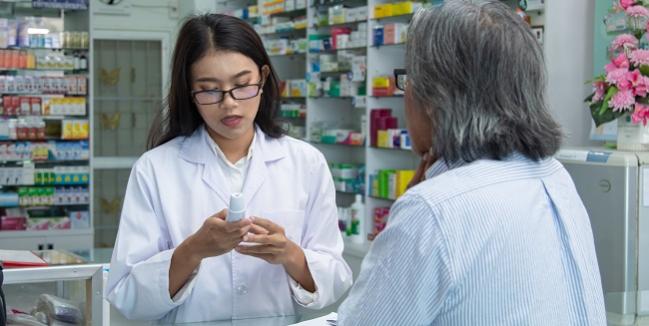 A-fib patients who recently have undergone PCI do better on dual therapy with dabigatran and a P2Y12 inhibitor than they do with warfarin-based triple therapy, and that’s true regardless of the regimen they were taking prior to revascularization, a new analysis from RE-DUAL PCI suggests.

There are now four randomized controlled trials supporting the strategy of dropping aspirin in PCI patients with A-fib and instead treating only with a non-vitamin K antagonist oral anticoagulant (NOAC) and a P2Y12 inhibitor. Guidelines are increasingly recommending dual therapy as the best approach. One of these trials was RE-DUAL PCI, showing that dabigatran (Pradaxa; Boehringer Ingelheim) plus a P2Y12 inhibitor appears to lessen bleeding without increasing ischemic events compared with triple therapy consisting of warfarin, a P2Y12 inhibitor, and aspirin.

But a key question, lead author Jurrien ten Berg, MD, PhD (St. Antonius Ziekenhuis, Nieuwegein, the Netherlands), told TCTMD, is whether it is safe to switch patients onto a new regimen. “That was the reason for this subanalysis,” he said. “And it turns out to be as safe also to [start] a NOAC in patients who are on a [vitamin K antagonist (VKA)] before PCI.”

The new analysis was published online ahead of the December 9, 2019, issue of JACC: Cardiovascular Interventions.

As previously reported by TCTMD, the risk of major or clinically relevant nonmajor bleeding (the primary endpoint in RE-DUAL PCI) was reduced with dabigatran-based dual therapy versus triple therapy, both with a 110 mg dose of dabigatran (HR 0.52; 95% CI 0.42-0.63) and a 150 mg dose (HR 0.72; 95% CI 0.58-0.88), with the difference for the lower dose meeting criteria for both noninferiority and superiority.

In the current study, ten Berg and colleagues parsed their data according to whether patients were naive to oral anticoagulation (OAC) prior to randomization in the trial (66% of the cohort) or had previously been taking an oral anticoagulant, which was prior warfarin in 21% of the cohort and prior NOAC in 13%.

They found that for the patients who’d been taking OAC prior to their procedures, randomization to dabigatran-based dual therapy reduced major bleeding or clinically relevant nonmajor bleeding versus VKA-based triple therapy, both at the lower dabigatran dose (HR 0.58; 95% CI 0.42-0.81) and the higher dose (HR 0.61; 95% CI 0.41-0.92).

In exploratory analyses, investigators found that the risk of bleeding events was lower in patients switched to dabigatran-based dual therapy after taking long-term VKA, but no differences were seen in bleeding if patients had been taking NOACs prior to randomization.

Ten Berg noted to TCTMD that RE-DUAL PCI is the first of the major dual versus triple therapy OAC trials in this space to conduct this kind of analysis, but said that he expects the other major studies, including AUGUSTUS with apixaban (Eliquis; Bristol-Myers Squibb), ENTRUST-AF PCI with edoxaban (Savaysa; Daiichi Sankyo) and PIONEER AF-PCI with rivaroxaban (Xarelto; Bayer/Janssen), to follow suit.

In an accompanying editorial, Francesco Franchi, MD, and Fabiana Rollini, MD (both University of Florida College of Medicine, Jacksonville, FL), write that these new RE-DUAL PCI numbers, “for the first time, shed some light on the outcomes associated with switching OAC in a very challenging clinical scenario.” The data “suggesting the overall safety of switching,” they continue, “support a practice that commonly occurs in clinical practice.”

The editorialists, as well as Davide Capodanno, MD, PhD (University of Catania, Italy), who commented on the analysis for TCTMD, stressed that the data on switching need to be interpreted with caution: the analysis according to prior OAC use was not prespecified and, as the authors put it, amounts to a “subset of a subgroup.”

But the question clinicians have grappled with has been what to do with A-fib/PCI patients taking VKAs, or taking a specific NOAC—can they be switched to a different regimen?

“The overall message seems to be that yes, you can switch them, and, if the patient was on warfarin, you should,” said Capodanno. “However, if the patient was on another NOAC—not dabigatran—it’s more difficult to accept that switching is the way to go, because the power for such analysis was very low and selection bias may be at play. We’ll see if a similar analysis from AUGUSTUS will provide more insights on the topic of switching. For the time being, in practice I tend to switch OAC-experienced patients to a NOAC if they are on warfarin, and to keep the existing NOAC if they are already on a NOAC.”

The timing of such a switch still needs further study, ten Berg stressed to TCTMD. This analysis, he said, “adds to all the information we have on NOACs—that is, even in patients who are stable on a VKA, there might be a reason to switch to a NOAC. I personally prefer to continue the oral anticoagulation during the cath and PCI and afterwards make the switch when there is no need for heparin anymore and the PCI is successful. So that would be the day after PCI.”

It’s also unknown whether one NOAC might be better than another in this particular setting. “I presume that the positive effects of NOACs in switching are quite the same for the other drugs, but it’s only been this study of oral dabigatran [so far],” said ten Berg.

Franchi and Rollini point to another unknown: namely, whether patients on one type of NOAC can be switched to another. “Switching between NOACs is not associated with any known benefit and should be avoided, unless clinically needed,” they advise.