The hope was that giving a potent P2Y12 inhibitor instead of aspirin would reduce platelet aggregation, believed to be a key mediator of graft failure. 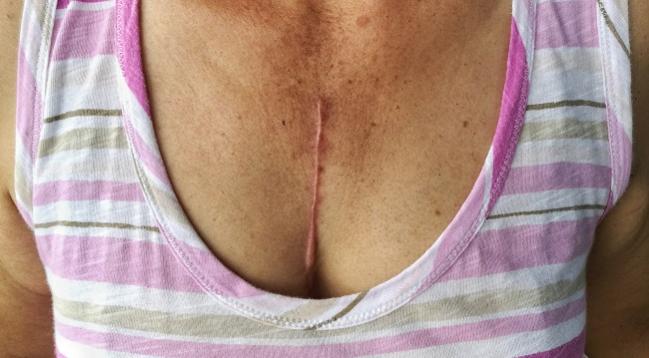 CHICAGO, IL—Ticagrelor monotherapy is no better than aspirin when it comes to reducing graft failure due to ischemic events occurring in the first year following CABG surgery, the TiCAB study showed.

Heribert Schunkert, MD (German Heart Center, Munich), who presented the study as a late breaker at the American Heart Association (AHA) 2018 Scientific Sessions, noted that aspirin remains the gold standard in patients undergoing CABG, but one in 10 patients experience adverse events in the first year. Graft failure is typically mediated by platelet aggregation, prompting the TiCAB investigators to hypothesize that a more-potent antiplatelet drug could reduce this risk.

The trial faced an uphill battle. The study was investigator-initiated in June 2013, with partial funding from AstraZeneca, though that support was pulled in September 2016 with just over half of the target population enrolled. The trial continued to enroll, drawing on institutional funding, but after a preplanned interim analysis by the Data and Safety Monitoring Board in September 2016, the trial was stopped for futility.

In the final analysis, looking at rates of CV death, MI, stroke, or repeat revascularization in the nearly 1,900 patients enrolled, there was no significant difference between patients who received aspirin compared with ticagrelor (8.2% vs 9.7%; P = 0.27) in the year after their surgery. Likewise, no differences were seen for each of these endpoints individually, nor were there any differences in all-cause mortality or bleeding.

“It’s fair to say that, ticagrelor monotherapy instead of aspirin monotherapy in patients undergoing CABG did not significantly impact the rates of major CV events,” Schunkert concluded.

Robert Storey, DM (Sheffield Teaching Hospitals NHS Foundation Trust, England), the discussant for TiCAB, noted that prior evidence supporting ticagrelor instead of aspirin comes in part from PEGASUS-TIMI 54, which found fewer ischemic events in patients treated with ticagrelor instead of a placebo after a myocardial infarction but at the expense of major and minor TIMI bleeding. Other, much smaller analyses have looked at ticagrelor-based dual antiplatelet therapy versus aspirin alone in patients with prior CABG. Here, studies by Saw and colleagues and Zhao et al have pointed to ticagrelor plus aspirin being superior to aspirin monotherapy. But monotherapy studies, including GLOBAL LEADERS and SOCRATES, have found no benefit of ticagrelor monotherapy versus aspirin monotherapy.

“The TiCAB results add to a larger body of evidence now showing noninferiority and lack of superiority of ticagrelor monotherapy compared with aspirin monotherapy in patients with CAD or ischemic stroke/TIA,” Storey concluded. “Current evidence favors a strategy of dual antiplatelet therapy if you want to achieve a greater reduction of CV events, but you have to accept the increase of higher bleeding rates. I think large clinical outcomes trials of dual antiplatelet therapy following CABG surgery are warranted, but I don’t think more large monotherapy studies are well justified.”

Indeed, results of the DACAB study, presented at AHA last year, suggested that ticagrelor plus aspirin was superior to aspirin alone at improving saphenous vein graft patency up to a year after CABG.

One additional caveat offered by Storey is that use of opiates during CABG may complicate the picture, because of their effects on drug absorption. “Aspirin has the advantage of being absorbed through the stomach, so even postsurgery in patients receiving drugs like fentanyl, which is very common, [aspirin] can still be absorbed and have a rapid onset of action, whereas ticagrelor and other P2Y12 inhibitors are absorbed through the intestine and their absorption is delayed by opiates such as fentanyl. So this is potentially an issue in terms of the onset of action of ticagrelor in this postoperative study, which could have disadvantaged it.”