Glycoprotein IIb/IIIa inhibitors are used less frequently in STEMI, but researchers say they may cut risk of ischemic complications. 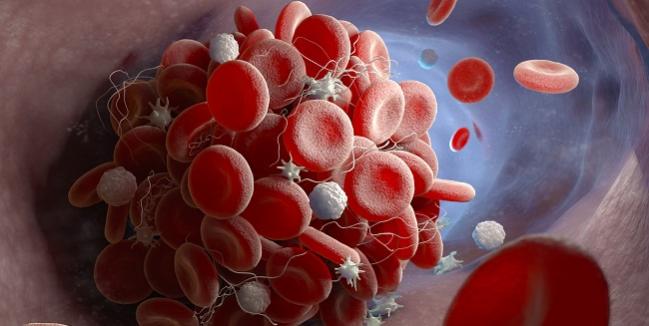 Thirty minutes after the initiation of treatment, there was nearly a threefold difference between tirofiban and cangrelor in terms of inhibiting the aggregation of platelets in response to 20 µmol/L adenosine diphosphate (ADP). Both cangrelor and tirofiban were superior to chewed prasugrel for the inhibition of platelet aggregation. Chewed prasugrel did not inhibit platelet aggregation any better than the standard integral administration of prasugrel.

The parenteral agents, on the other hand, have been shown to provide rapid and sustained inhibition of platelet aggregation compared with P2Y12 inhibition, but there are no comparative data on platelet aggregation inhibition with cangrelor and tirofiban in primary PCI patients, and no data on how well these agents might perform against chewed prasugrel.

In FABOLUS-FASTER, which was published simultaneously in Circulation, the researchers randomized 122 patients to cangrelor, tirofiban, or prasugrel. Cangrelor and tirofiban were administered as a bolus and 2-hour infusion followed by 60 mg of prasugrel, while prasugrel was given as a 60-mg loading dose with these patients then randomized again to receive either chewed prasugrel or integral tablet administration after loading.

In their paper, Valgimigli and colleagues, led by Giuseppe Gargiulo, MD, PhD (Bern University Hospital), say that given the potent inhibition of platelet aggregation, tirofiban “may be more effective than cangrelor in reducing the risks of acute ischemic complications.” However, they stress that this hypothesis needs to be tested further, particularly in a study powered for clinical endpoints. They note that use of glycoprotein IIb/IIIa inhibitors in STEMI has declined out of concern for bleeding, but the clinical data on their use are mainly based on a prolonged post-bolus drug infusion and femoral access at the time of PCI.

For Christoph Naber, MD, PhD (Contilia Heart and Vascular Center/Elisabeth Krankenhaus, Essen, Germany), the discussant following the presentation, the present study provides some welcome data on the antiplatelet inhibition effects of modern therapeutic regimens in ACS. “This study showed that there are differences between the different [drugs] and we can measure them,” he said. However, one of the study’s limitations is whether the platelet inhibition in response to ADP in vitro translates into real in vivo effects.

“We know that platelets are activated by multiple mechanisms and the ADP pathway is just one of them,” he said.

Naber added that one interesting aspect of the study is that the largest difference in the inhibition of platelet aggregation was observed with the glycoprotein IIb/IIIa inhibitor tirofiban, which is primarily used as a bailout option when complications arise during PCI, compared with the other agents. In fact, the observed differences between cangrelor and prasugrel were relatively small, and whether the observed differences are enough to warrant switching to cangrelor is uncertain, he noted.

Crushing It: Cangrelor and Ticagrelor Can Be Used Together Safely in STEMI, Small Study Hints