The study was small, short, and used a surrogate endpoint, but one expert posits that future bioresorbable scaffolds may have a niche in STEMI. 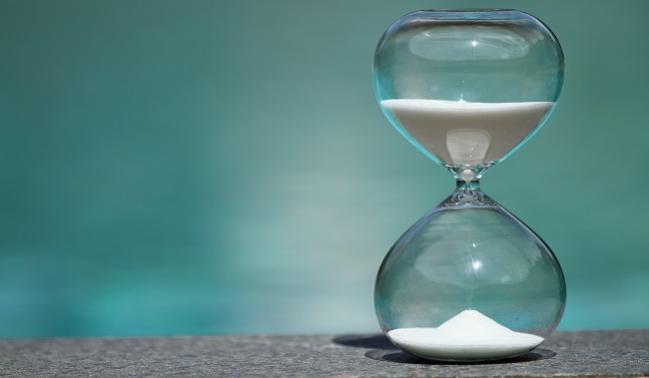 MUNICH, Germany—It might be “too little, too late,” but a small study suggests the Absorb bioresorbable scaffold, formerly from Abbott, might actually be effective in STEMI patients.

Although investigators caution the study was short in duration and utilized an angiographic endpoint, the Absorb scaffold performed as well as the everolimus-eluting stent (Xience, Abbott Vascular) with respect to the primary endpoint of lesion diameter stenosis at 6 to 8 months (24.6% with Absorb vs 27.3% with Xience; P < 0.001 for noninferiority). Other measures, such as late lumen loss and target lesion revascularization, were also not significantly different between the two treatment strategies.

Additionally, plaque morphology is quite different in STEMI with thrombus and stable coronary artery lesions, said Byrne. The STEMI patient might have less calcification, which may allow the scaffold to expand more uniformly. “That had been an issue with scaffolds, this slightly lower radial strength that perhaps played a role in their downfall,” he said.

Wave after wave of bad news plagued the Absorb BVS, with studies consistently showing the scaffold was associated with an increased risk of device-oriented clinical events, specifically an increased risk of target-vessel MI and late scaffold thrombosis compared with Xience. Abbott Vascular has stopped selling Absorb, although they have said they will continue to work on developing a better, second-generation device.

Other bioresorbable scaffolds are in testing, but the future is murky. Recently, the European Society of Cardiology/European Association for Cardiothoracic Surgery (EACTS) downgraded the use of bioresorbable scaffolds in their newest clinical guidelines for myocardial revascularization, stating the devices should not be used in practice but only in clinical trials.

Excellent Results . . . for a Bioresorbable Scaffold

In the ISAR-ABSORB MI study, which was presented at the European Society of Cardiology Congress 2018, investigators randomized 173 patients to treatment with Absorb and 89 to treatment with Xience. Three-quarters of the randomized patients presented with STEMI, and the remaining patients had a NSTEMI with visual evidence of thrombus on angiography. Patients were well matched between groups, with approximately 48% undergoing treatment of the left anterior descending artery.

For the primary endpoint, there was no evidence of an interaction of a treatment effect except for diagnosis at presentation, with a more favorable result observed in patients with STEMI compared with those with NSTEMI.

Roxana Mehran, MD (Icahn School of Medicine at Mount Sinai, New York, NY), who moderated the interventional session where the trial was presented, said the “results were excellent for a bioresorbable scaffold.” Byrne agreed, saying the data are “striking in comparison with the broader patient collective.” Although ISAR-ABSORB MI is consistent with the TROFI-II results, both trials are small studies and underpowered for clinical endpoints, he stressed,

Byrne said it took more than 3 years to enroll patients in ISAR-ABSORB MI, but that the data provide “food for thought” going forward with future technologies.

“Your data are very good here,” he said, but noted that just 57% of patients treated with Absorb underwent postdilatation after implantation.

“I am worried about the lack of postdilatation when you get beyond 1 year,” he said. “We know that people tend to undersize devices in STEMI, there’s a lot of thrombus that resolves over time, and you’re likely to have a high malapposition rate.” In turn, that might increase the risk of events that occur with scaffold dismantling between 1 and 3 years, said Stone.

In addition to the ISAR-ABSORB MI study, Holger Nef, MD (University of Giessen, Germany), presented data on 10,312 patients treated with Absorb in everyday clinical practice. The data, from the European Absorb Consortium, included patients from five European registries and showed a lower rate of scaffold thrombosis at 12 months—1.6%—than observed in clinical trials. Target-vessel MI and target-lesion failure occurred in 1.8% and 3.6% of treated patients, respectively.

Although the real-world clinical outcome data are favorable and the rate of target-lesion failure comparable with second-generation drug-eluting stents, “the rate of scaffold thrombosis remains high,” said Nef.

Stone said that even in the absence of a control arm, the high rate of scaffold thrombosis in the registry data compared with contemporary drug-eluting stents “sticks out.”

Alexandre Abizaid, MD (Instituto Dante Pazzanese de Cardiologia, São Paulo, Brazil), however, saw the glass half full, stating the new consortium data are “surprisingly positive” for a real-world population, of whom 33% had a STEMI at the time of presentation. “We learned a lot with the Absorb program,” said Abizaid, citing the importance of the PSP (predilatation, sizing, and postdilatation) implantation protocol that resulted in better outcomes as operators gained experience.

Acknowledging the difficult history of Absorb BVS, as well as the new ESC/EACTS guidelines, Marie-Claude Morice, MD (Cardiovascular European Research Center, Massy, France), one of the panel discussants, emphasized the importance of moving slowly before reintroducing bioresorbable scaffolds into clinical practice. Abizaid, in contrast, said he was disappointed with new ESC/EACTS contraindication for scaffolds, stressing the need for longer-term data and the need for new devices.

“I think that’s going to be hard on investment and timing,” he said, “but I’m still positive on the technology. It makes good sense.”