Vanishing polymers and scaffolds promised a new era of coronary stents. Now many are asking how they could possibly improve on current tech. 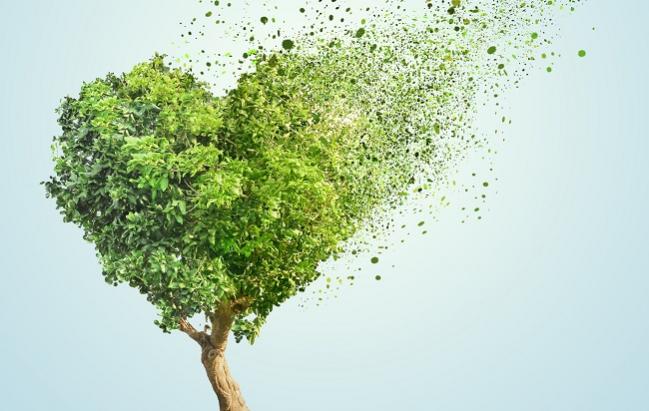 SAN DIEGO, CA—After years of excitement over the prospect of erodible scaffolds and disappearing polymers, enthusiasm among clinicians for the technologies appears to be, well, dissolving. Leaders in the field, speaking at the Society for Cardiovascular Angiography and Interventions (SCAI) 2018 Scientific Sessions, seemed to agree: less is more, but something may be better than nothing.

“Obviously our early experience with the device was not favorable, and part of that is due to the fact that our newer-generation metallic drug-eluting stents are doing so well,” Grines said. For bioresorbable scaffold technology to make a comeback, she continued, “we absolutely need to see improvements in the scaffold thickness, deliverability, and timing of device absorption—we really need it to support the vessel to prevent recoil but at the same time to dissolve quickly. It really shouldn’t take 3-plus years to absorb.”

Session co-chair James Hermiller, MD (St. Vincent Heart Center, Indianapolis, IN), agreed that that the hurdles ahead are formidable for any new device hoping to prove superiority to devices already in use. “It’s going to be very difficult to have any other technology look better than the contemporary metallic DES that we have today. The adverse event rates are so low, and the stent thrombosis rates are so low. These new technologies come up against those devices as controls and it’s hard to show a win, particularly when it’s early technology.”

It’s going to be very difficult to have any other technology look better than the contemporary metallic DES that we have today. James Hermiller

During the same SCAI session, Nigel S. Jepson, MD (Prince of Wales Hospital, Sydney, Australia), took the stage to review the field of absorbable-polymer DES. Here, he said, there’s a “wealth of data” to support comparable outcomes between the latest-generation bioabsorbable-polymer (BP) and permanent-polymer devices, at least for the endpoint of target lesion failure. However, all of these studies have been relatively small and designed to show noninferiority, not superiority, he noted. Even BIOFLOW V, which was much ballyhooed for suggesting that the Orsiro BP everolimus-eluting stent (EES; Biotronik) was superior to the Xience permanent-polymer EES (Abbott) at 12 months, had flaws and was inconsistent with results from larger, investigator initiated trials of Orsiro such as BIOSCIENCE and BIO-RESORT.

In the discussion following their presentations, Jepson agreed with Grines that a key issue is deliverability, going so far as to predict that it may be their low profile rather than their disappearing polymer that will give BP stents the edge in long-term follow-up.

Speaking with TCTMD, Jepson elaborated on his perspective, pointing out that the newer-generation BP devices such as Orsiro and Synergy have very thin struts and that this kind of innovation is only now being seen with the latest-generation permanent-polymer metallic stents. The randomized trials for the BP stents, however, used the thicker-strut Xience as the comparator.

“A lot of the marketing [for BP stents] has been around the notion, not proven, that super thin struts with a biodegradable polymer will lead to better healing—having no permanent polymer may be a good thing for avoiding chronic inflammation,” Jepson told TCTMD. “As I concluded in my talk, you can argue that they're as deliverable, potentially more deliverable than any drug-eluting stents on the market. But is there any evidence that they are clinically better than the durable-polymer benchmark DES, the Resolute [Medtronic] or the Xience? The answer is no.”

At the end of the day, he continued, “I think the benefits of this new class of biodegradable-polymer stents is not so much that they've got a biodegradable polymer, it's just that they're super-thin-strut. And we know that thin struts equal less inflammation later on, and they're attractive because they're really easy to put in.”

Taking that one step further, Jepson predicted that if long-term outcomes with BP stents actually prove superior in the trials being tracked today, which used bulkier devices, it will not be possible to sort out what gave them the edge. “If they do have an advantage late—I’m talking about 5 years of randomized data—it may be based around the fact that they have thin struts [and were easier to deliver] and nothing to do with the fact that they’ve got a biodegradable polymer.”

During the panel discussion at SCAI, Grines noted that Abbott is “working on a thinner scaffold” for its next-generation fully bioresorbable device. “My question would be, ultimately will it be worth it? They spent over a billion on this and look what they got in return,” she commented. “If you want to do a superiority trial, we’re taking about 13,000 or 14,000 patients to show superiority, and the new devices are so good it’s going to be hard to show that.”

Jepson cited a similar figure for a hypothetical study comparing BP stents with permanent-polymer devices to detect a difference in rates of stent thrombosis—the endpoint that bioresorbable polymers were specifically designed to counter. In the meantime, he noted in his talk, there’s some evidence to suggest that a permanent fluoropolymer, as used on the Xience, for example, is associated with significantly less late and very late thrombosis than seen with bare-metal stents. This is supported by bench tests showing reduced platelet aggregation with permanent fluoropolymers as compared with bioerodable polymers.

Given the cost of testing newer devices against today’s best stents, other speakers and panelists expressed doubt that many companies—if any—were going to want to move ahead with expensive trials for devices that may not show a benefit until at least 5 years have passed.

Indeed, Ashok Seth, MD (Fortis Escorts Heart Institute, New Delhi, India), speaking in the same session, took a stab at what the landscape will look like for bioabsorbable technology in 5 years’ time.

As Seth pointed out, any concrete answers from long-term follow-up from the original, first-generation Absorb studies will take 5, 7, or “maybe even 10 years,” and that assumes that patient numbers will even be adequate to do so. Then there’s the question of whether first-gen data could be used as a surrogate to understand newer-generation devices, since results from the earlier studies would no longer reflect “real-world” practice. It’s not clear that companies “will be able to justify the R&D costs in the current healthcare environment,” he noted. Lastly, he concluded, it remains to be seen whether, in 5 years, a bioresorbable will still considered “an unmet need.”

“That’s the multibillion-dollar question,” Hermiller told TCTMD. “I think, when it comes to bioresorbable scaffolds, we need to see what happens beyond 3 years with Absorb and make sure that that long-term promise is a reality before we jump forward with the next generations.”

Hermiller agreed that to show a statistically significant difference, it will take much longer than 3 to 5 years. “But we should at least see a trend that those target lesion failure curves are beginning to separate,” he said. “If they just march along together after 3 years, that’s not what we want to see.”

Several other bioresorbable scaffolds remain on the market in Europe: the ART Pure (Arterial Remodeling Technologies), DESolve (Elixir Medical), Fantom/Fantom Encore (Reva Medical), and Magmaris (Biotronik). Two-year results for several of these scaffolds are slated for presentation at EuroPCR later this month, and a range of other investigational devices have delivered early results. Other players, however, most notably Boston Scientific, have stepped out of the bioresorbable-scaffold game citing insurmountable costs with uncertain gains.

Even if “dissolving stents” make it back onto the market, price will inevitably be a factor—not just for the devices themselves, but for add-on therapies as well. As several panel members pointed out during the SCAI session, the latest-generation thin-strut DES no longer carry the need for protracted dual antiplatelet therapy. By contrast, among patients treated with the first-generation Absorb device there is considerable uncertainty as to just how long they should be on DAPT.

“With the bioresorbable scaffolds, I don’t think anybody right now would be comfortable with short DAPT and then there’s the worry about the late stent thrombosis that happens [as] the scaffold is coming apart,” Hermiller told TCTMD. “So you feel you need 3 years or longer, so that’s another barrier.”

“I think we’re all enthusiastic about the idea [of bioresorbable technologies], but the reality has been it’s been very difficult to show that they’re better, and certainly the first-generation bioresorbable scaffold didn’t look good,” Hermiller added. “It’s all been a very sobering experience and we all want to see more data.”

Correction: An earlier version of this story erroneously stated that only one other bioresorbable scaffold remains on the market in Europe.

1 year ago
A theoretical advantage does not always translates into a practical gains. The latest DES are satisfactory, with much real world experience and data. The stent restenosis/thrombosis are due to lesion-specific, procedure-specific, and patient specific factors; and were expected than surprises.

Wait Continues for a Win With Biodegradable-Polymer DES in Patients at High Bleeding Risk: BIO-RESORT