After a detailed review of available evidence, the task force says the balance of benefits vs harms in asymptomatic patients is unclear. 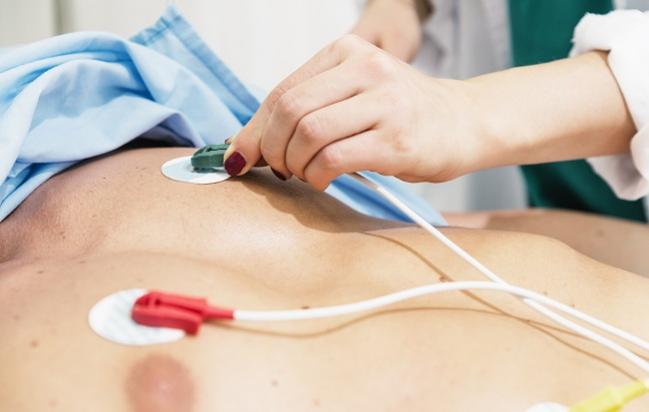 Based on a detailed review, the US Preventive Services Task Force (USPSTF) says there is insufficient evidence to recommend for or against ECG as a screening tool for atrial fibrillation.

In a statement published online August 7, 2018, in JAMA, the USPSTF said the inability to make the assessment is due to data on the subject being either lacking, of poor quality, or conflicting. The group also concluded that there was inadequate evidence in support of the benefit of ECG screening on clinical outcomes, or on the magnitude of benefit resulting from both screening and subsequent treatment.

“We couldn't find evidence in terms of stroke prevention that would make us recommend that particular test for screening for asymptomatic patients,” said Michael J. Barry, MD (Massachusetts General Hospital, Boston), a member of the USPSTF, in an interview with TCTMD.

Barry noted that a number of the studies the group looked at compared ECG with prompted pulse palpation. “And it turned out that usual care, checking of the pulse, actually did pretty well in terms of finding atrial fibrillation,” he said.

Both the American Heart Association and the American Stroke Association recommend active screening for A-fib in the primary care setting for adults over age 65 years using pulse assessment followed by ECG, as indicated. The European Society of Cardiology likewise recommends opportunistic screening by pulse palpation or ECG for those over age 65. But in their statement, the USPSTF says data are lacking on the current prevalence of A-fib screening with ECG, or the frequency with which pulse palpation or heart auscultation are used in routine practice.

This is the first time the USPSTF has addressed the issue of ECG screening for A-fib. In another recent statement, they concluded that there was insufficient evidence to recommend ECG screening for cardiovascular disease.

The USPSTF acknowledges that newer devices for monitoring and assessing heart rhythm, including wearables and smartphones, may have a role to play in filling some of the current evidence gaps on ECG monitoring. One of the studies they reviewed, REHEARSE-AF, randomized older patients with a CHA2DS2-VASc score of 2 or more to no screening or twice-weekly remote ECG screening with a handheld device. Over 1 year, 19 new cases of A-fib were diagnosed in the screening group versus 5 in the no-screening group. Furthermore, eight cases in the screening group occurred in patients who had been previously asymptomatic, while all other cases occurred in patients who reported palpations or other symptoms.

To TCTMD, Barry said while this type of longer-term ECG screening suggests the potential to uncover A-fib patients who would likely have a stroke risk above the threshold for anticoagulants and be candidates for therapy, it does not answer the whole question. “The challenge will be whether those patients who showed A-fib in one of, say, 100 checks over time have the same risk and the same need for anticoagulation as someone with a consistent rhythm disturbance,” he said.

The USPSTF also addresses potential harms of screening in their recommendation, noting that while data on anxiety are scarce, it is reasonable to conclude that abnormal results or misinterpreted ECG findings could cause patients to feel anxious. They add that ECG screening also could lead to other unexpected findings or to false-positive results that trigger subsequent testing and treatment that may or may not benefit the patient.

Goldberger and Mitrani add that primary screening for A-fib–associated cardioembolic stroke (AFACES) is complicated by differences in how A-fib does or does not present itself. ECG screening would not be effective in a number of scenarios, they add, including when stroke occurs in close temporal proximity to the initial A-fib episode, when atrial thrombi form during A-fib and remain dormant for prolonged periods before embolizing, or for those patients who have a cardioembolic stroke before experiencing the arrhythmia.

Additionally, Goldberger and Mitrani say in some patients, A-fib may serve “more as a marker for significant underlying atrial myopathy than as the primary determinant or precipitant of stroke.” Also important, they add, is that asymptomatic patients who have A-fib detected on ECG are likely to have paroxysmal A-fib, which poses a lower risk of stroke than persistent or chronic A-fib.

“The effects of the atrial fibrillation burden and degree of atrial myopathy in these patients also need to be considered in identifying the appropriate subgroup who benefit from anticoagulation despite exposure to the 3% annual risk for major bleeding,” they observe.

But like the USPSTF, the editorialists say further research in this area is needed to address the public health problem of unchecked AFACES.

Barry agreed that the idea of extending stroke screening beyond currently available risk-stratification tools and A-fib detection “makes sense,” adding that ongoing research may turn up new opportunities for detection and treatment prior to a stroke.

“I think this is going to be a fast-moving area in terms of research, so it’s likely we will be readdressing the topic in the future and clinicians should stay tuned for new evidence, particularly on the prolonged [ECG] monitoring,” he concluded.

In another editorial published online at the same time in JAMA Internal Medicine, John Mandrola, MD (Baptist Health Louisville, KY), and colleagues maintain that simply not enough is known about A-fib at this point to screen for it.

“If AF screening is adopted in the absence of any outcomes data, hundreds of thousands, perhaps millions, of people will rightly and wrongly gain the diagnosis of a cardiac disorder,” Mandrola et al write. “Before turning this many people into patients, there should be compelling evidence that the benefits of this label exceed the harms, and that these benefits can be achieved at an acceptable cost.”

‘We Have to Go to Them’: New Global Initiative for Treating Rheumatic Heart Disease