The findings are consistent with numerous prior studies, but a more definitive answer hinges on the 10-year ART results, one expert says. 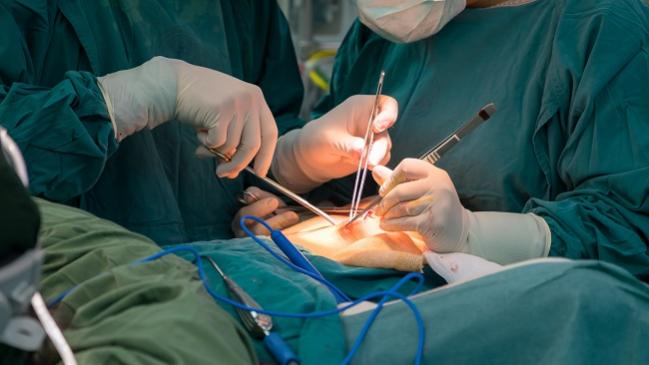 Among patients undergoing multivessel CABG with a left internal thoracic (mammary) artery, those receiving a second arterial graft—especially when it’s a radial artery—fare better through 5 years of follow-up than those who receive venous conduits, a propensity-matched analysis suggests.

The rates of long-term mortality were 10.6% and 13.1% in the two groups (HR 0.79; 95% CI 0.72-0.87), lead author Andrew Goldstone, MD, PhD (Stanford University, Stanford, CA), and colleagues report in a study published recently online ahead of print in Circulation. Risks of MACCE, MI, and repeat revascularization also favored use of a second arterial conduit versus a vein.

Outcomes generally were similar regardless of whether the second arterial graft was a right internal thoracic artery (ITA) or a radial artery, although the former carried a significantly higher risk of sternal wound infection within a year of surgery (2.29% vs 1.22%).

“This is just one more work that adds to the body of evidence strongly suggesting that cardiologists and surgeons should be thinking about using more arterial grafts, especially for patients with longer life expectancy,” senior author Y. Joseph Woo, MD (Stanford University), told TCTMD.

He acknowledged the limitations of the analysis—the retrospective, observational design and the inability of propensity-score matching to account for all variables—but said that it would be challenging to perform a definitive randomized controlled trial. That’s because a large number of patients would be required to demonstrate an incremental advantage of using two arterial grafts instead of one. In addition, he said, surgeons may be hesitant to randomize patients who they feel would be good candidates to receive multiple arterial grafts.

Commenting for TCTMD, Frank Sellke, MD (Rhode Island Hospital, Providence), said the findings are not surprising: numerous other observational, propensity-matched studies have also suggested that patients receiving multiple arterial grafts tend to do better than those receiving a mix of arterial and venous conduits.

“The question is: is it due to the second arterial graft, or is it due to some selection bias?” he said, noting that in this study, patients who received a second artery were younger and had fewer comorbidities. Propensity-score matching can only control for so much, and may not account for variables like patient frailty and the quality of the bypass conduits and targets, which can have a major impact on the results of the analysis, he added.

“My personal opinion is that multiple arterial grafts are better than a single mammary artery [with] the rest of the bypass being performed with veins, but I don’t think any study has definitively shown that yet,” Sellke said.

He said the best study addressing the issue to date is the Arterial Revascularization Trial (ART), which differed from the current study in that it showed using two ITA grafts instead of one ITA plus vein grafts did not affect mortality or cardiovascular event rates through 5 years of follow-up. Sternal wound complications and reconstruction were more frequent in patients who received two arterial conduits.

A more definitive answer, however, hinges on publication of the 10-year ART results, which are expected in the next few years, Sellke said.

For their study, Goldstone et al analyzed data from a state-maintained clinical registry incorporating all 126 nonfederal hospitals in California on 59,432 patients who underwent primary, isolated, multivessel CABG with a left ITA graft between January 2006 and July 2011. The proportion of patients who received a second arterial conduit—either a right ITA or radial artery—was 9.9%, with that figure declining from 10.7% to 9.1% during the study period.

The investigators used propensity-score matching to account for differences between patients who received a second arterial graft versus venous conduits, resulting in 5,813 matched pairs. Median follow-up was about 5 years.

The findings contradict those from ART, the authors point out, saying that “the trial may have been predisposed to a null result due to crossover between treatments, use of radial artery conduits in the control group, and the near-optimal medical management within the trial.”

Goldstone et al say that guidelines are not clear when it comes to using a second arterial graft for CABG. “The vague recommendations that arterial conduits be ‘considered in appropriate patients’ or in those ‘with reasonable life expectancy’ offer little guidance to surgeons,” they write. “Coupled with contradictory evidence between studies, it is not surprising that arterial conduits are used in less than 10% of CABG operations in California.”

Those guidelines are based on single-center, observational studies and related meta-analyses, which have limitations, they add. This study, looking at outcomes across California, demonstrated a mortality difference emerging about 4 years after surgery. Moreover, 85% to 90% of patients will survive past the 5-year mark, they point out.

“Collectively, our data suggest that many patients may be clinically ‘appropriate’ candidates and with ‘reasonable life expectancy’; in other words, second arterial conduits may be grossly underutilized,” Goldstone et al argue.

Sellke said the use of two arterial grafts remains infrequent because of lingering questions about whether that approach is better than using a single arterial graft plus venous conduits and because the operation is more cumbersome, being technically more complex and requiring a longer time to complete. A more conclusive study is needed to shift use one way or the other, he said.

“If the ART trial 10-year results show a definitive improvement using two mammary arteries compared to a single mammary artery, I think you’ll see more surgeons going for multiple arterial grafting,” Sellke said. “But in the absence of that I’m not sure it’s going to change that much, because most surgeons have already made up their mind.”

Second Arterial vs Venous Conduits for Multivessel CABG in California