But the advice only applies to primary prevention, not symptom relief, experts caution. 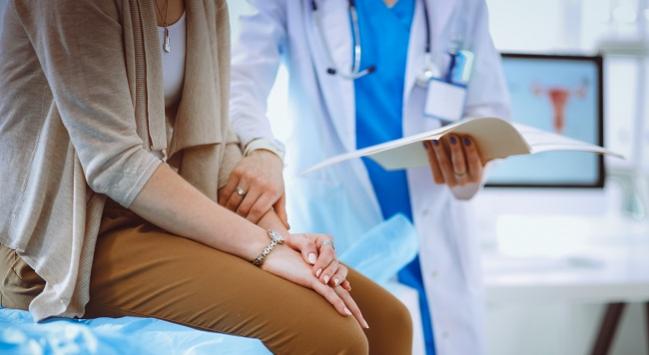 The US Preventive Services Task Force (USPSTF) has reached the same verdict it did 5 years ago: hormone therapy should not be given to menopausal women for the prevention of chronic diseases, including cardiovascular disease. Moreover, there isn’t enough evidence to make the call on the “timing hypothesis,” the idea that younger women might stand to benefit the most from therapy while being at the lowest risk of adverse consequences, the group says.

Prior to the Women’s Health Initiative (WHI), which was published in 2002, hormone therapy was often prescribed to women with and without menopausal symptoms for the prevention of cardiovascular disease, osteoporosis, cognitive impairment, and certain cancers.

For the latest round of recommendations, Gartlehner told TCTMD, “we had a closer look this time at whether there is any evidence that shows that initiation of hormone therapy in younger-aged women, early postmenopause, would have any benefits. And we could not really find any solid evidence that would show that there are any benefits for younger women compared to older women.”

It’s not that there’s data showing no benefit, he explained, but rather the evidence itself is “relatively weak” on this issue.

He advised that, in terms of primary prevention, the message clinicians tell their patients should be clear: “Don’t do it. Don’t recommend it. There are other ways to prevent chronic conditions. [Get] physical exercise, don’t smoke, eat better. Hormone therapy is not the right way for preventing chronic conditions.”

Importantly, Gartlehner stressed, the recommendations do not apply to symptom relief, which is now the main reason women and their physicians consider hormone therapy.

Commenting to TCTMD about the USPSTF’s stance, JoAnn E. Manson, MD, DrPH (Brigham and Women’s Hospital, Boston, MA), expressed concern that it might be misunderstood. Hormone therapy is approved by the US Food and Drug Administration for treatment of hot flashes, she said, “and already women are undertreated for that condition.”

All of this is “just going to confuse clinicians,” Manson stressed, adding, “There’s nothing new, and there were very few additional studies” since 2012.

Women taking estrogen (who have had a hysterectomy) only had lower risks of developing diabetes and fractures. But their risks of gallbladder disease, stroke, venous thromboembolism (VTE), and urinary incontinence were higher. For women taking both estrogen and progestin (who have not had a hysterectomy), the risks of colorectal cancer, diabetes, and fractures were lower, while the risks of invasive breast cancer, probable dementia, gallbladder disease, stroke, incontinence, and VTE were higher.

Differences in Risk vs Placebo

Based on the findings, the USPSTF gives a Grade D recommendation to hormone therapy, meaning that there is “moderate or high certainty” of no net benefit or harms outweighing the benefits.

The evidence report also considered analyses comparing younger (50 to 59 years) and older women (70 to 79 years), finding that the risks of MI, colorectal cancer, and all-cause mortality significantly rose by age. “Such subgroup differences, however, are based on relatively few events and should be interpreted cautiously,” Gartlehner et al write.

An editorial accompanying the USPSTF evidence report and recommendation statement points out that questions of symptom relief do not fall under the group’s “mandate,” which is “to consider specific preventive care services for patients without related signs and symptoms of illness.”

Much like Manson, editorialists Cora E. Lewis, MD, MSPH (University of Alabama at Birmingham), and Melissa F. Wellons, MD, MHS (Vanderbilt University Medical Center, Nashville, TN), stress that “symptom relief is distinct from long-term prevention of chronic disease.” They, too, see a role for hormone therapy in easing the symptoms of menopause.

Although there is potential for confusion, a positive outcome of the USPSTF’s advice on primary prevention is that “physicians also have more evidence to impart to their patients during discussions about therapies for menopausal symptoms,” Lewis and Wellons say.

What’s not known is whether women who start earlier have more to gain, they agree. “The timing hypothesis remains alive and well, but trials conducted to address this hypothesis have been relatively short, used surrogate outcomes, and were not adequately powered to address risks and benefits,” Lewis and Wellons write. “Testing the timing hypothesis would require extremely large sample sizes, and such a trial is unlikely to be conducted.”

Earlier this year, Manson and colleagues used WHI data to show that hormone therapy doesn’t impact all-cause, CV, or cancer mortality risk over nearly 2 decades of follow-up. There were, however, hints that women who started therapy in their 50s might have a survival benefit.