Watchman Adverse Events: Analysis Digs Into What’s Been Reported to the FDA

Operators can use this information to become better prepared to prevent and manage these issues, a researcher says. 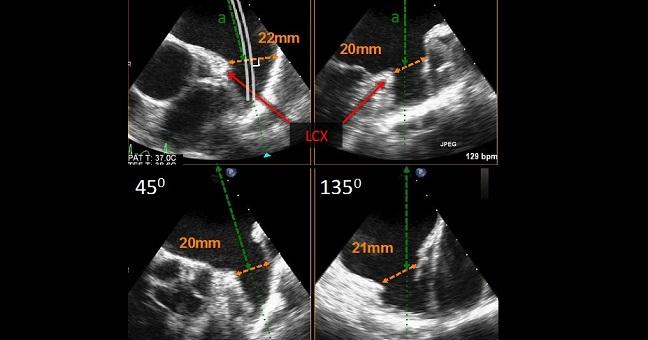 Swaiman Singh, MD (Newark Beth Israel Medical Center, NJ), who reported the findings here last week at TCT 2019, said that rather than discourage use of the Watchman, the results provide information that operators can use to better manage these issues and improve patient outcomes.

During his presentation, Singh noted that a substantial proportion of patients who should be on prophylaxis for stroke—about 40%—are not taking medical therapy either because of side effects or because of a joint decision between patients and physicians.

LAA closure has emerged as an alternative approach, with the PROTECT-AF and PREVAIL trials of the Watchman device supporting its approval by the FDA in April 2015. Singh pointed out, however, that complication rates were high in the earliest studies. In the PROTECT-AF trial, for instance, there was a 4.8% rate of pericardial effusion in the Watchman arm. Rates of side effects decreased in the subsequent PREVAIL trial, probably because operators were getting better with performing the procedure over time, Singh said.

But there are still some questions about complications with Watchman implantation, Singh said. While a look at his center’s complication rates and those at a sister hospital (Saint Barnabas Medical Center, Livingston, NJ), was reassuring, his group wanted a wider view. So the investigators examined the FDA’s MAUDE database for adverse events related to the device reported between April 2015 and December 2018. They identified 2,974 events.

Development of device-related thrombus (DRT), with most cases detected within 3 months of follow-up or on the first follow-up transesophageal echocardiogram, appears to be multifactorial, Singh said. “The clinical relevance, it’s debated,” he noted. “However, from my experience or from my readings I would say that there is an increased chance of stroke when you have DRTs.”

Some of the cerebrovascular accidents reported were likely due to preexisting thrombus in the LAA without sufficient anticoagulation, “so a preprocedure TEE is definitely something that should be done very carefully,” Singh said. Another cause, however, might be the inability to properly clear the air from the sheath, and “this is something that can be easily prevented if done carefully,” he added.

Device embolization is mostly related to inappropriate sizing or positioning, Singh said, and it is recommended that operators perform the tug test and confirm device compression. “Make sure that you have enough seal before you pull out and finish your case,” he said.

Commenting for TCTMD, Dhanunjaya Lakkireddy, MD (Kansas City Heart Rhythm Institute, Overland Park, KS), said by email that the experience reported by Singh was “quite contrary” to the findings of a similar paper Lakkireddy’s group published previously; that analysis focused on events related to all LAA closure devices reported to the MAUDE database between 2009 and 2016.

He underscored the limitations of that database, in which reports “are a jumbled mess, and delineating exact cause is very difficult.” Moreover, “a true incidence could never be calculated, as we don't know the denominator of the number of devices that got implanted,” Lakkireddy said. Thus, any incidence numbers are “mere projections,” a point Singh also acknowledged.

Looking at the bigger picture, Lakkireddy pointed out that device-related complications are typically higher shortly after a device moves from the research to the commercial phase. “This is due to the new operator recruitment and creep in device implantation rates by novices,” he explained. “As it was seen in our series, this number significantly comes down with time and experience.”

Therefore, he concluded, “there is nothing alarming” about Singh’s findings.

Singh’s take-away was that important information can be gleaned from these types of databases. “Look at big data, look at what the adverse events are. . . . When that thing happens to us, we’re more ready and we’re ready to tackle those things better. If we’re ready for pericardial effusion, if we’re ready for stroke, if we’re ready for thrombus before even going into the procedure, I think you’ll see that your outcomes are way better.”