A small, double-blind, randomized trial from Brazil could serve as a jumping off point for larger studies, one expert says. 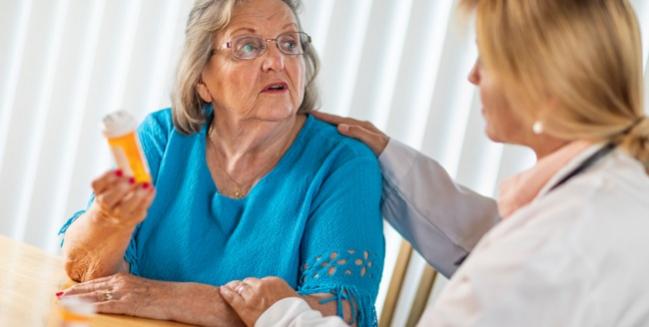 ATHENS, Greece—A small, randomized clinical trial is offering a tantalizing hint that outpatients with heart failure and reduced ejection fraction who are stable and have no clinical signs of congestion may be taken off their diuretics without experiencing significant worsening of dyspnea or increased reuse of additional diuretics.

“Diuretic discontinuation seems to be well-tolerated in most of these patients and might deserve consideration in the appropriate clinical setting,” according to Andreia Biolo, MD (Hospital de Clinicas de Porto Alegre, Brazil), who presented the ReBIC-1 trial during a late-breaking clinical trial session Sunday at the European Society of Cardiology 2019 Heart Failure Congress.

Diuretics have been used for decades to relieve symptoms of congestion in heart failure patients, based on studies dating back to the ‘80s and ‘90s, Biolo reminded her audience. More recently, however, observational data have shown that the drugs are potentially harmful when misdosed, particularly when higher-than-needed dosages are used in the outpatient setting.

The double-blind, randomized ReBIC-1 trial was designed to test the safety and tolerability of withdrawing furosemide in stable, euvolemic patients with chronic heart failure.

Since many patients with heart failure take many drugs, safely withdrawing unnecessary drugs might facilitate the optimal use of other lifesaving therapies. Andreia Biolo

The study was conducted at 11 centers across Brazil and enrolled 188 outpatients with stable NYHA class I or II heart failure taking 40-80 mg of daily furosemide. All patients had to have remained out of hospital with no admissions or decompensation for the previous 6 months, with no changes in their diuretic dose over the same period.

At 90 days there was no difference in the primary endpoint, comprised of dyspnea self-assessment that involved asking patients to grade their symptoms over the past week, or in the proportion of patients free from the need for additional furosemide during follow-up (74.3% vs 83.8%, OR 1.69; 95% CI 0.82-3.49). Dyspnea across the entire trial population was mild and remained stable for both groups, Biolo said. There were no significant differences in heart-failure hospitalizations, deaths, or those two endpoints combined. NT-proBNP levels increased by 125 pg/dL in the withdrawal group and by 60 pg/dL in the maintenance group, with no significant differences between the two.

“Since many patients with heart failure take many drugs, safely withdrawing unnecessary drugs might facilitate the optimal use of other lifesaving therapies,” Biolo observed. She acknowledged that the trial’s size meant it had limited power to look at differences in clinical events, although she added that “very few” events were seen over the course of the study. Long-term effects of diuretics were not evaluated, she continued, and the trial ended up including fewer patients that initially defined for the co-primary endpoint; however, given the very nominal event rate observed, “we think power was not an issue for this particular outcome,” Biolo said.

“These kinds of trials that focus on a process of care or changing traditional medical treatments I know from painful experience are very challenging to do,” he said. “And this trial addresses a question which our patients ask every day: do I need to keep taking all of these pills for the rest of my life?”

The overall context of these results [should be taken] with the view of optimizing guideline-directed medical therapy, which involves judicious adjustment of diuretics, both up and down. G. Michael Felker

Most of the work of heart failure care lies in optimizing drug treatment, and while that is typically considered to be getting patients to target on higher doses of drug, Felker said, “optimizing doesn’t always mean increasing doses—it means getting people on the right regimen which, for drugs like diuretics that are focused on symptomatic management of congestion, maybe the right dose is a lower dose.”

A corollary to the current study, Felker said, is TRED-HF, a trial presented at the American Heart Association 2018 Scientific Sessions and published in the Lancet, as reported by TCTMD. While not focused on diuretics, that trial had tried—and failed—to demonstrate that patients with dilated cardiomyopathy who have had their symptoms and heart function resolve on medication could wean off their heart failure medications, a disappointing result for patients and physicians alike.

The motivation behind ReBIC-1 is similar, Felker noted. “This is a different context,” he added, but here relapse “doesn’t seem to be the case at all in this trial.”

“I think these smaller trials [like ReBIC-1] can give us a clue, a suggestion, that a treatment or process of care may be safe, but I don’t think they’re able to provide definite evidence of safety,” he said. It’s also very important to keep in mind, he added, that the patients in ReBIC-1 were relatively young, had normal renal function, were well-stabilized, and were very well-treated with other heart failure medications.

“In those types of patients who are extremely stable, I think these data definitely support a concept of a trial of withdrawal as part of an overall strategy,” Felker concluded. “The overall context of these results [should be taken] with the view of optimizing guideline-directed medical therapy, which involves judicious adjustment of diuretics, both up and down.”