Data on nearly 50,000 patients over a 14-year period indicate consistently higher rates in women, but exactly why isn’t clear. 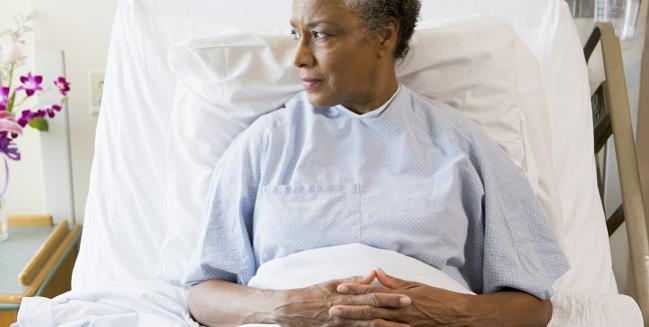 Women are more likely than men to experience stroke while hospitalized for PCI, 14 years’ worth of US registry data confirm. Disparities were seen irrespective of whether the indication was STEMI, NSTEMI, or unstable angina/stable ischemic heart disease (UA/SIHD).

But stroke-related mortality did not differ by sex, except in the UA/SIHD group, where women fared worse than men.

Senior author Mirvat Alasnag, MD (King Fahd Armed Forces Hospital, Jeddah, Saudi Arabia), told TCTMD that what makes this analysis unique is its large size—nearly 50,000 PCI hospitalizations complicated by ischemic stroke—and its multicenter perspective. Many of the previous reports have been from single centers, she said, making it difficult to capture information on events as low frequency as post-PCI stroke.

Alasnag said that this latest analysis helps makes the case that a sex difference does truly exist in post-PCI stroke. “But it certainly warrants further study to understand what it is innately about women that makes them at higher risk of stroke,” she added. “Is it how they respond to antiplatelets? Is it that their PCI itself is more complex? That needs to be addressed more specifically.”

What’s required now, according to Alasnag, is prospectively gathered randomized trial data on this topic.

Snapshot of US Experience

What was shocking is that even when we adjusted for the different baseline characteristics, . . . there was still a difference. Mirvat Alasnag

Alkhouli and colleagues found that among the more than 8.7 million hospital stays between 2003 and 2016 documented in the National Inpatient Sample (NIS), stroke occurred in 49,097 (0.56%). Compared with male patients who had a stroke, female patients experiencing these events tended to be older, Medicare recipients, and in the lowest tertile for household income. They were less likely to have history of sternotomy, conduction abnormalities, chronic renal insufficiency, cardiogenic shock, or use of a circulatory support device. Anemia was more common in women versus men.

Though a rare event, stroke was more common in women versus men for STEMI, NSTEMI, and UA/SIHD.

These gaps were attenuated by adjustment for potential confounders, but remained apparent, with women being at approximately 30% to 40% higher risk of post-PCI than men.

“What was shocking,” Alasnag noted, “is that even when we adjusted for the different baseline characteristics, . . . there was still a difference.”

Propensity-matched analyses showed similar stroke-related mortality between men and women who had STEMI or NSTEMI. But when treated for UA/SIHD, women had a higher mortality rate than did men (12.5% vs 10.4%; P = 0.042).

For Alasnag, this finding is puzzling—it “means maybe we should be thinking twice before PCI in stable angina patients if they are women. Again, we don’t really know that.” The long-anticipated ISCHEMIA trial, to be presented this weekend at the American Heart Association 2019 Scientific Sessions, may provide some direction, she suggested.

Women overall tended to have more vascular complications and receive more blood transfusions. Length of stay and hospital cost did not differ by sex, nor did the surrogates for disabling stroke (mechanical ventilation, tracheostomy, gastrostomy, and nonhome discharge). In other words, “the clinical and economic burden of post-PCI strokes among women was mostly comparable to those of propensity-matched men,” Alkhouli and colleagues write.

Still, they add, “although the absence of major sex-related disparity in in-hospital outcomes after PCI-related stroke is reassuring, the marked negative impact of these strokes highlights the need to identify effective strategies to mitigate their risk.”

Alasnag readily acknowledged that it’s unclear what’s causing the difference. Retrospective looks at databases are limited. For example, their NIS analysis relies on diagnostic codes to identify stroke, lacks details on lesion and procedural characteristics, and captures only in-hospital outcomes.