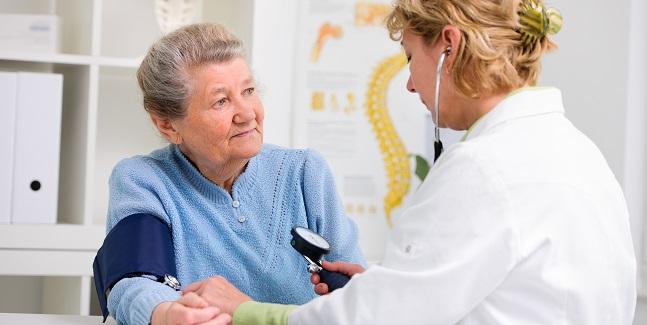 Not only are women more likely than men to present with new-onset heart failure (HF) at hospital admission for STEMI, but they are also more likely to die, new research from a large international registry suggests.

Further, the analysis found that women were actually more likely than their male counterparts to be on guideline-directed medical therapy when they presented with STEMI.

“I think that is kind of a stunning finding,” Joan Briller, MD (University of Illinois at Chicago), who wrote an editorial accompanying the study, told TCTMD. “That's always been one of the factors that people have hung their hats on for saying why women do worse, that they get less guideline-directed medical therapy. But in this study, they were taking more beta-blockers, more ACE inhibitors, and more statins.”

The researchers, led by Edina Cenko, MD, PhD (University of Bologna, Italy), say the findings highlight the importance of studying sex as a biological variable “and reinforce the need for enrollment of more women in clinical research studies and to power such studies to allow for appropriate sex-specific analysis.”

Cenko and colleagues, as well as Briller, say the fact that the gender disparity persists after adjusting for factors known to disproportionately affect women, such as longer delays in presenting to the hospital and presenting at a more advanced stage, suggests that microvascular disease may provide an explanation.

“Coronary microvascular dysfunction may coexist with atherosclerotic CAD and contribute to outcomes,” Cenko and colleagues write. “The excess mortality in women with STEMI could be related to sex-based differences in vulnerability to ischemia leading to de novo heart failure.”

Briller observed that some prior research has suggested that patients with chest pain and nonobstructive disease have a high prevalence of microvascular dysfunction. To TCTMD, she said nonobstructive disease and spontaneous coronary artery dissection are emerging areas of interest in women’s cardiovascular issues that may impact female mortality more than is currently understood.

Higher Female Mortality, Even With PCI

For their study, published online ahead of the November 12, 2019, issue of the Journal of the American College of Cardiology, Cenko and colleagues analyzed data on 10,443 patients (30% women) from the international ISACS-TC hospital registry, which includes patients from 12 European countries. Compared with men, women were older and more likely to have a family history of CAD, prior angina, diabetes, and hypertension. Men were more often smokers and had more prior history of MI and CABG, as well as higher baseline serum creatinine.

While fewer women than men received antiplatelet and anticoagulant agents within 24 hours from admission, they were more likely to be on evidence-based therapies prior to admission. More than 44% of women were on ACE inhibitors, for example, but the rate was only 31.7% in men. Similarly, 30.5% of women versus 23.6% of men were on beta-blockers (P < 0.001 for both comparisons). Rates of primary PCI and reperfusion therapy both were lower for women than for men. Among those who underwent PCI, 54.8% of men had multivessel disease compared with 55.2% of women (P = 0.65).

Women had longer times from symptom onset to hospital presentation and were more likely than men to exceed 120 minutes. While those longer times were associated with higher risk of de novo HF at index STEMI admission among men and women, no sex difference in outcomes was observed in relation to prolonged presentation time. In analysis by age, de novo HF was significantly correlated with female sex only in patients age 60 and older.

Cenko and colleagues say more data are needed to help “identify the correct pharmacological adjustments necessary to achieve the best treatments for women.”

“From my perspective, we have to start looking more at factors that are gender-specific, and that includes some of the hormonal issues [and] some of the novel risk factors for women, like preeclampsia, gestational diabetes, and collagen vascular disease, which are risk enhancers for women to develop problems down the road,” Briller said. She noted that the study authors did not have access to some important information that might be helpful in future analyses of this type, including medications prescribed at discharge and ejection fraction status.

Morphine Not Linked to Increased Short-term Mortality in STEMI: Meta-analysis

Cardioversion Without Anticoagulation Appears Safe in Patients With Watchman

Elderly Women Worse Off Than Men Before and After Acute MI