Overall, women made up just 34% of trials that led to a new approval, with drug studies in heart failure, CAD, and ACS including the fewest women. 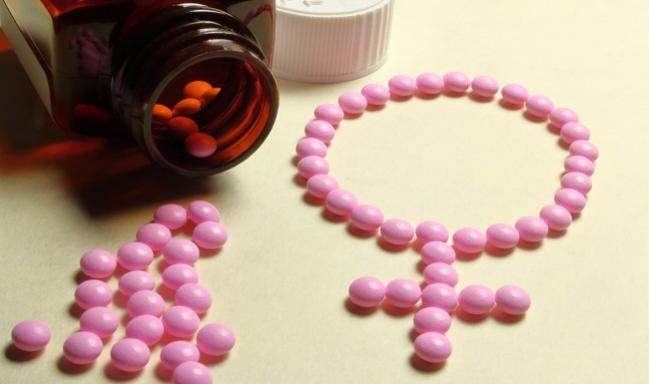 Women were underrepresented in a large number of clinical trials leading to drug approval over a recent 10-year period, according to a new study from the US Food and Drug Administration (FDA). This was particularly true for trials testing therapies for ACS, coronary artery disease, and heart failure.

In an analysis of 57 clinical trials supporting 36 new drug applications, a little more than one-third of participants included in the studies were women, a percentage that ranged from 22% to 81% across the various cardiovascular conditions, report investigators.

“Based on this work, future research is needed to identify factors leading to underparticipation of women in cardiovascular clinical trials, particularly those occurring before screening,” according to lead investigator Pamela Scott, PhD (FDA, Silver Spring, MD), and colleagues. “Research is needed to better define barriers that limit participation of diverse populations, not only of women, but also of minorities and the aged.”

Women did not appear to be screened out of the trials based on the inclusion/exclusion criteria, the researchers said. However, there were just five studies with data on the number of women participating in the screening visit. In these trials, which included three studies of the non-vitamin K antagonist oral anticoagulants rivaroxaban (Xarelto; Bayer/Janssen Pharmaceuticals), apixaban (Eliquis; Bristol-Myers Squibb), and edoxaban (Savaysa; Daiichi Sankyo), the percentage of women screened out was similar to the percentage of men screened out of the trial.

Harmony Reynolds, MD (NYU Langone Medical Center, New York, NY), who was not involved in the study, disagreed with the conclusions of the researchers, noting that the inclusion/exclusion criteria might have led to the underrepresentation of women in heart failure and ACS trials. For example, 32% of women were screened out of studies testing prasugrel in the treatment of ACS compared with 23% of men, leading to an overall study population that consisted of just 26% women.

“I think this relates to the inclusion/exclusion criteria, especially for acute coronary syndrome because there is often a requirement for obstructive coronary disease and women are less likely than men to have more disease on angiography,” Reynolds told TCTMD. “Women are less likely to have obstructive disease and the extent of coronary disease tends to be less. So women are preferentially screened out and I think that’s a big reason for it.”

“I think the exclusion criteria in place for trials going for regulatory approval limit the number of women who fit, because women have many more comorbidities by the time they come to PCI, by the time they present with an acute coronary syndrome,” Mehran told TCTMD. “So if they have more chronic kidney disease, if they’re sicker, if they have low ejection fractions, they’re not going to be part of the study.”

In an editorial accompanying the study, Louise Pilote, MD, PhD, and Valeria Raparelli, MD, PhD (both from McGill University Health Center, Montreal, Canada), state that the inadequate representation of women in the clinical trials could lead to several significant problems, including sex-biased outcome measurements, inadequate data analysis, and a missed opportunity to transfer the results to clinical practice. As to why women were underrepresented, the editorialists say they also believe the eligibility criteria might reflect a male pattern of disease, particularly in heart failure and ischemic heart disease.

The study and editorial were published online April 30, 2018, in the Journal of the American College of Cardiology.

In 1994, the FDA’s Office of Women’s Health established a research and development program to help advance studies that evaluated sex-based differences in the safety and efficacy of FDA-regulated products. As part of the initiative, the FDA tracks the participation of women in clinical studies and encourages companies to enroll patients who reflect the makeup of those most likely to use the drug.

The present study, which was performed by researchers from the Office of Women’s Health and the FDA’s Center for Drug Evaluation and Research, evaluated the percentage of women enrolled in clinical trials that led to the approval of 35 new drugs for 36 indications. The drugs were approved for a range of cardiovascular diseases, including ACS/MI, atrial fibrillation, coronary artery disease (including angina), heart failure, hypertension, and pulmonary arterial hypertension.

Of the 224,417 participants in the clinical trials that took place between 2005 and 2015, just 34% were women. Participation varied across the studies, with the lowest percentage of women enrolled in heart failure trials and the most in pulmonary arterial hypertension.

The prevalence-corrected estimate, known as the participation-to-prevalence ratio (PPR), varied by condition. For example, women were represented at a rate similar to or greater than their percentage of the disease population in pulmonary arterial hypertension, atrial fibrillation, and hypertension trials. In contrast, based on the prevalence of disease affecting women, they were underrepresented in heart failure, ACS, and coronary artery disease trials. In these conditions, the PPR ranged from 0.5 to 0.6.

Overall, the researchers found few “clinically meaningful gender differences for efficacy and safety in the drugs assessed.” In total, 14 drugs were approved on the basis of clinical trials with an efficacy endpoint, and most were approved on the basis of a single trial. In these 14 studies, the hazard ratio for the primary efficacy endpoint was similar for men and women. In the 15 studies of antihypertensive medications, there were no gender-related differences in the effects on blood pressure.

In the cases of the 35 new drugs approved, the participation of women in the trials was enough to assess differences in efficacy and safety, according to the FDA. In instances where women were underrepresented in clinical trials, such as with cangrelor (Kengreal; Chiesi USA), prasugrel (Effient; Eli Lilly), and ticagrelor (Brilinta; AstraZeneca) for ACS and ticagrelor and vorapaxar (Zontivity; Merck Sharp & Dohme) for coronary artery disease, the studies were large and there were enough women included to make decisions about safety and efficacy, state the researchers.

For Mehran, the underrepresentation of women in the setting of ACS is particularly problematic given the high stakes for treatment.

“We need to focus on what we’re going to do in acute coronary syndrome, especially in acute programs that are extremely important if we’re going to save lives,” she said. “We need to save women’s lives in the same way we save men’s lives. We can’t be happy with those numbers. We have so much more work to do. I think it’s great that they actually showed women are underrepresented in ACS, but the question then is: what’s the solution?”

We need to save women’s lives in the same way we save men’s lives. Roxana Mehran

Mandating a fixed percentage of women to be included in a drug/device trial has been proposed as a solution, but Mehran said it could potentially slow innovation. In 1993, the National Institutes of Health Revitalization Act was passed with the aim of boosting the inclusion of women and minorities in federally funded research but the results have been mixed. Research for All Act, introduced by US Congress in 2015, would mandate representation of women and minorities in all federally funded research, and would require sufficient number of men and women to demonstrate safety and efficacy in studies put forward for expedited drug approval. There is no current legal requirement for trials to be powered for subgroup analysis, including gender, however, and there are no definitive recommendations for the optimal representation of women in clinical trials.

Mehran said there are some things that the agency can do to increase the number of women in studies. For example, the inclusion of transportation costs for patient follow-up, or having phlebotomists make trips to the home/office, could help alleviate some of specific obstacles women juggling multiple roles face.

For Reynolds, given the underrepresentation of women, investigators are tasked with using their best statistical techniques to assess safety and efficacy, but it’s impossible to ever fully account for the fact that women are simply not in the study. “It would be much more convincing that the drugs have equivalent efficacy in women if there were enough women in the trials,” she told TCTMD. “There just isn’t enough statistical power at some level to be certain. That uncertainty is regrettable, and I think the only way to fix it is to get more women into trials.”

The editorialists raise similar concerns. “Although the FDA reports a reassuring lack of sex differences in drug efficacy and safety, the likelihood that these results are less likely to be generalizable to women should be of immediate concern,” they write. “Given frequent reliance on subgroup analyses for definitive conclusions, future trials must plan to include a reasonable proportion of women in order to obtain adequate power to better assess if sex differences exist or not.”

The bottom line, according to Reynolds, is that the cardiovascular community has not solved the problem of women being unequally represented in clinical trials. Even getting women on the radar on physicians participating in clinical studies is needed, she said. “Women are not screened as often as men, and something needs to be put into place in order to remind physicians to screen all eligible participants and to really consider women strongly for trials.”

She believes that future studies, particularly those in ACS and heart failure, must be more thoughtful when crafting inclusion/exclusion criteria to reflect a pattern of disease common to both men and women. This would help ensure women are represented equally in clinical trials. Additionally, Reynolds likes the use of the PPR, which could be used as an enrollment metric to make sure there are sufficient numbers of women in the trial.