Another Step Forward for Genotype-Guided Prescribing After PCI: POPular Genetics

The guidelines and clinical practice likely won’t change until TAILOR-PCI is released, however, experts say. 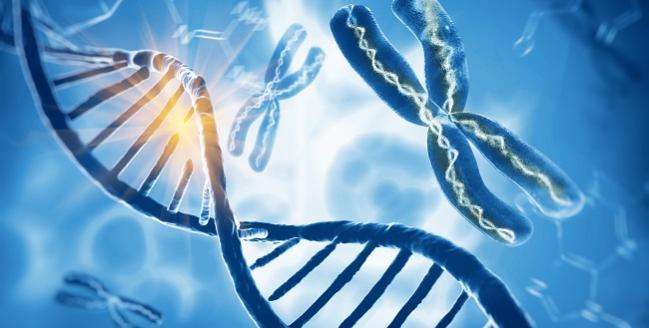 PARIS, France—Use of point-of-care genotyping to identify patients who need a more-potent P2Y12 inhibitor is noninferior to a blanket approach of giving prasugrel or ticagrelor to all in terms of thrombotic events and is superior when it comes to bleeding.

Senior investigator Jurriën ten Berg, MD, PhD (St. Antonius Hospital, Nieuwegein, the Netherlands), said he believes the results should be enough to convince physicians to change their practice, although he acknowledged that a guideline change will likely take additional data.

Prior observational studies have shown the safety and feasibility of using CYP2C19 genetic testing to drive antiplatelet decisions after PCI (around one-third of patients have been identified as nonresponders to clopidogrel and would benefit from more potent P2Y12 inhibitors), and a recent expert consensus statement broadened the discussion about this screening tool for those interested in using it. Yet, many have argued that practice won’t change until after results from the 5,300-patient TAILOR-PCI trial come out.

POPular Genetics was not powered for evaluating thrombotic risk but showed a difference in net clinical benefit that favored genotyping, said ten Berg, who presented the results today in a Hot Line session at the European Society of Cardiology (ESC) Congress 2019. “That's most important for the patients,” he told TCTMD. “We probably will wait for the second trial—hopefully it will show the same results—before we change the guidelines, but we will decide to use this in practice in all the centers that have participated in the trial and probably other centers will follow.”

The findings were simultaneously published in the New England Journal of Medicine.

For the study, ten Berg and colleagues randomized 2,488 STEMI patients undergoing primary PCI at 10 hospitals in the Netherlands, Belgium, and Italy between May 2012 to April 2018 to standard care (ticagrelor or prasugrel prescription for 12 months) or point-of-care CYP2C19 genetic testing. Within the genetic testing arm, those who were found to carry the loss-of-function allele received either ticagrelor or prasugrel while those without the allele went home on clopidogrel for a year.

At the end of the study, genetic testing was noninferior to standard care with respect to the primary composite endpoint of all-cause death, MI, definite stent thrombosis, stroke, and PLATO major bleeding (5.1% vs 5.9%; P for noninferiority < 0.001). Additionally, genetic testing was superior to standard care for the endpoint of PLATO major and minor bleeding (9.8% vs 12.5%; P = 0.04). There were no differences between the cohorts with regard to any other thrombotic secondary outcomes.

The results were maintained in both per-protocol and sensitivity analyses.

ten Berg told TCTMD that these results will likely increase the prevalence of genetic testing across institutions, especially given its ease of use. “You can use it in the cath lab, it can be done during PCI so you don't lose any time, it gets results in an hour, [and] it's not very costly—it costs you about $100 per patient,” he said. “If you compare the costs of prasugrel and ticagrelor on the one side, that's about 1,000 Euros in the Netherlands and clopidogrel is just 100 Euros, so it probably also saves money.”

The researchers are planning to conduct a cost-effectiveness analysis down the line, he added.

The main message is that with genetic testing “you get quick results and it leads to less bleeding,” ten Berg summarized. “So why not use it in any hospital? Many hospitals don't use ticagrelor and prasugrel, and I think it will be very helpful to find patients who are nonresponders to clopidogrel and switch only those patients to ticagrelor. If [the patients] can't afford it themselves, I think the countries have to find a way to finance it in a smaller group of patients.”

Discussing POPular Genetics in a media briefing, ESC spokesperson Kurt Huber, MD (Medical University of Vienna, Austria), said it’s “a very important trial, because we have all the many countries where ticagrelor and prasugrel are not available [and] it's very expensive there. So in these countries, [in] a high number of patients clopidogrel is used without any testing. We have also data from China that testing is extremely important, so I think this is a good outcome in this trial and eventually [we will know more from] the ongoing trial. I’m sure that it may change guidelines.”

Given the recently released ISAR-REACT 5 results showing the superiority of prasugrel over ticagrelor in ACS patients slated for PCI, Huber asked if ten Berg and colleagues had looked at any differences in ischemic outcomes between the two drugs.

Not yet, ten Berg replied. “But in the end more than 90% of the patients in the standard-treatment group were on ticagrelor, so prasugrel was very low,” he clarified. “It’s not been used in the Netherlands in many centers, but it might be used now based on ISAR-REACT 5.”

Speaking with TCTMD, ESC spokesperson Tom Quinn, MPhil, RN (Kingston University, London, England), said his health system does not currently use genetic testing. “There's a second study going on, and I think we wait for the results of that and consider the evidence in its totality,” he said. “In my system and in other systems that have a taxpayer-funded health services, we would need a health economics analysis [to] know: is this good for patients? I think we can see in the evidence that we've heard today this has potential to be good for patients. [But] can the system afford it?”

CLARIFY at 5 Years: Angina Predictive of MI/CV Death Only in Prior MI Patients