A document that covers many modalities in one place may prove to be user-friendly for clinicians, its creators hope. 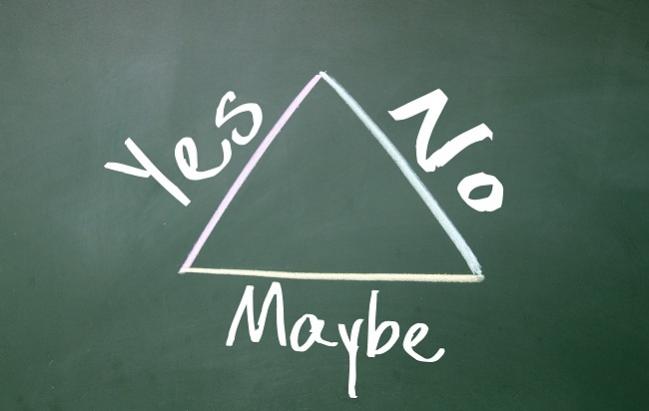 Various imaging technologies are relevant to the diagnosis, treatment, and follow-up of patients with nonvalvular structural heart disease. But until now, clinicians needed to consult separate documents for guidance on which tool to choose. New appropriate use criteria (AUC) released today aim to streamline that decision-making by instead focusing on disease states as a whole, rather than on individual modalities.

The multisociety-produced document, published online in the Journal of the American College of Cardiology, follows on the heels of AUC dedicated to imaging in valvular heart disease, which came out last fall. Their creators hope this rethink of how guidance is organized will prove to be more user-friendly.

“This mirrors the way clinicians operate. They have a number of different tests at their disposal and this will guide them as to where they should go first,” writing committee chair John U. Doherty, MD (Thomas Jefferson University, Philadelphia, PA), told TCTMD. Often this means starting with a straightforward modality, he explained, but patients may progress to more sophisticated and more refined testing as needed.

“In an effort to deliver care in the most effective way possible and to be conscious of cost, this is a guidance document that will hopefully shepherd the clinician through various disease states as to what they should be ordering and how often they should be ordering it,” Doherty said. As with valvular heart disease, “we’re also in an era now where we’re delivering certain therapies that previously would have been surgical that are now interventional, such as closure of a patent foramen ovale or a left atrial occlusion device.”

The advice spans not only diagnosis and patient selection but also periprocedural imaging and postprocedural follow-up. There are separate sections on asymptomatic and symptomatic patients, as well as on patients with stable versus new or worsening symptoms.

As in prior AUC documents, one group of experts was tasked with creating a list of commonly encountered clinical scenarios, many of which were matched with existing treatment guidelines, ultimately coming up with 103 different scenarios. A separate expert panel then rated the therapies applied using a score of 1 to 9, with 1 to 3 being “rarely appropriate” and 7 to 9 being “appropriate.” Therapies with a rating of 4-6 “may be appropriate” in a given scenario.

Recommendations for imaging options across the 103 scenarios are split across eight color-coded tables reflecting specific conditions, with some of the tables further broken down according to stages of care. For example, Table 1 is focused on the assessment of asymptomatic patients. Table 2 deals with patients that have clinical signs or symptoms of heart disease. Tables 8a, 8b, and 8c zero in on left atrial appendage occlusion, with the tables further focused on preprocedure, intraprocedural, and follow-up imaging.

Originally the valvular and nonvalvular segments were meant to be a single document, “but then it became clear that it was just too much content [for] the clinician to digest,” Doherty commented, adding, “What we think is that a lot of times the decisions as to what tests to do are not necessarily informed by the medical evidence. So this is trying to distill the medical evidence in a way that is useful to the clinician at the point of ordering.”

This is especially key, Doherty observed, given that cardiologists aren’t the only specialists making these decisions—family physicians, internists, vascular surgeons, and others may find the guidance useful.

Little here is controversial, according to Doherty. Mainly, the AUC provide clarity on when it’s time to employ CT or MRI rather than a simpler test like echocardiography, for instance, and how frequently imaging should occur on a serial basis over the long term.

He gave TCTMD specific examples: “Patients that have congestive heart failure, if you’re looking for their response to treatment, how often should those patients be reimaged? If the patient has undergone chemotherapy for cancer and we know that sometimes these agents can be harmful to the heart, how often do they get an echocardiogram?”

In the latter instance, strain imaging “is a step forward for evaluation of such patients,” Doherty added.

As has been the case with other AUC, the latest edition cautions that the rankings of various options aren’t set in stone. “The modalities are not to be considered in a rank order and may be used relative to individual patient circumstances and the balance of risk versus benefit,” the experts stress. “Accordingly, a study rated May Be Appropriate should not be denied reimbursement in lieu of one rated Appropriate.”

But Doherty offered a differed perspective: the expertise contained in the new AUC might actually be useful for clinicians weighing when imaging should be done.

“It’s not that people are trying to order inappropriate studies because they’re trying to garner reimbursement,” Doherty observed. “A lot of times people are ordering studies because they don’t really understand what the right study is for the right indication.” It’s not just about overuse—clinicians who’re on the fence about ordering a test but worried that not doing so will put them at risk for a liability claim may learn that, in fact, the test isn’t necessary, he suggested.

For the latest AUC, members of an independent ratings panel ranked scenarios from “rarely appropriate” to “may be appropriate” and “appropriate” on a scale from 1 to 9. This spectrum captures the idea that decisions are not always black and white, Doherty told TCTMD.

Appropriate Use Criteria Released for Imaging in Valvular Heart Disease

A Heart to Hold: 3-D Printers Add New Dimension to the Treatment of Structural Cardiac Disease