Another study found “surprising” regional differences in just how aggressive docs were willing to be with LDL cholesterol-lowering. 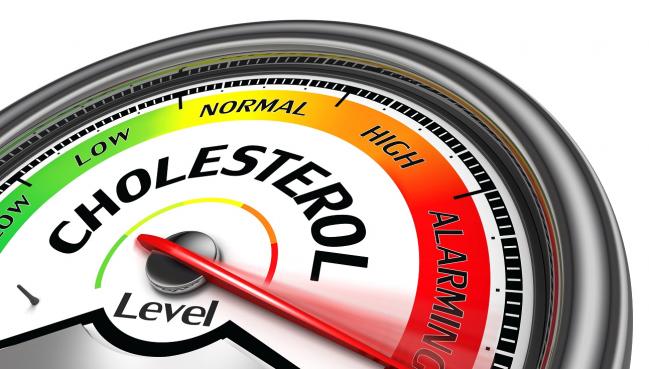 MAASTRICHT, the Netherlands—A large meta-analysis involving more than 60,000 patients confirms that treatment with a PCSK9 inhibitor reduces the risk of cardiovascular events but does not lower the risk of all-cause or cardiovascular mortality, at least at this point in time.

Led by Manuela Casula, PhD (University of Milan, Italy), investigators reported that treatment with alirocumab (Praluent; Regeneron/Sanofi) or evolocumab (Repatha; Amgen) across a wide mix of patients reduced the risk of MI, unstable angina, coronary revascularization, hospitalization for heart failure, and stroke by 17% compared with placebo (OR 0.83; 95% CI 0.77-0.87).

“This result was mainly driven by two trials—FOURIER and ODYSSEY Outcomes,” said Casula.

Those successful outcome studies ultimately led the US Food and Drug Administration and European regulators to expand the indications for both drugs to include claims for cardiovascular event reduction.

Where the two trials differed, however, was in their effect on mortality. Although alirocumab reduced the risk of all-cause mortality by 15% in ODYSSEY Outcomes, there was no effect on the risk of death in FOURIER with evolocumab.

The updated meta-analysis, which was presented this week at the European Atherosclerosis Society (EAS) Congress 2019, included 26 randomized controlled trials involving 61,568 patients treated with alirocumab or evolocumab. The treatment follow-up ranged from 8 weeks to 208 weeks. In addition to reducing the combined endpoint of cardiovascular events, treatment with the PCSK9 inhibitors significantly reduced the risk of MI and stroke by 22% and 23%, respectively. There was no impact of treatment on mortality (OR 0.95; 95% CI 0.91-0.99) and no risk of serious adverse events.

There were eight clinical trials with follow-up of 1 year or longer, but even here investigators did not observe any impact on mortality.

The problem is mainly due to the short follow-up of the trials. . . . We could expect that longer duration of follow-up could give us a solid result. Manuela Casula

“The problem is mainly due to the short follow-up of the trials,” Casula told TCTMD, noting that patients in these studies were all treated with statin therapy and the ability of PCSK9 inhibitors to decrease the risk of death over short follow-up in well treated patients is difficult. She pointed out that the mortality benefit was observed in ODYSSEY Outcomes, the trial with the longest follow-up to date. “We could expect that longer duration of follow-up could give us a solid result,” she said, referring to the possibility of a mortality benefit.

Tom Seijkens, MD, PhD (Academic Medical Center, Amsterdam, the Netherlands), who moderated the EAS session on PCSK9 inhibition, agreed that insufficient follow-up likely explains the lack of mortality benefit. “It’s too short,” he told TCTMD. “I think we’d need at least 10 years. When you include studies that are 8 weeks long, I don’t think it’s realistic to see an effect on mortality.”

In the Netherlands, Seijkens said the prescription of PCSK9 inhibitors is tightly regulated, and that some physicians remain critical of the cost of the drugs. He said there is even “some tension” among neurologists who are worried about the cognitive risks of pushing LDL cholesterol to very low levels.  “All the safety studies up until now have shown no detrimental effects,” said Seijkens. But again, follow-up is too short to assess the long-term cognitive effects, he said.

In a separate study, Michel Farnier, MD, PhD (Point Medical, Dijon, France), presented data suggesting that even some prescribing physicians may be shying away from taking patients to the highest available dose of one of the PCSK9 inhibitors.

In an open-label extension study of patients with heterozygous familial hypercholesterolemia (FH) who had completed the ODYSSEY FH-I, FH-II, and Long-Term studies, Farnier reported that physicians in North America and western Europe were more likely than physicians in other regions to prescribe the higher dose of alirocumab (150 mg delivered as a subcutaneous injection delivered every 2 weeks) and did so at relatively lower levels of LDL cholesterol.

In the phase III studies, patients were started with alirocumab 75 mg every 2 weeks, the lowest dose. Physicians remained blinded to lipid levels until week 8, when they were unblinded to LDL cholesterol values and were allowed to adjust the dose based on their judgement.

There were some differences in the decision to increase dose based on the types of patients treated, with physicians being more aggressive in secondary prevention.

To TCTMD, Farnier said that for patients with heterozygous FH, treatment with the highest dose of alirocumab is desired given their increased risk of cardiovascular events, but said some physicians may be afraid to uptitrate to 150 mg. “It’s such a surprise to me,” he said. “In theory, all of the patients should have had a dose increase for heterozygous FH. It means that some physicians are not really aware of the [treatment] goals for this category of patient and the severity of disease.”