Complete Revascularization for STEMI the Way to Go Even Though Evidence Isn’t Definitive: Meta-analysis

Clinicians should use “common sense” in making decisions about how to proceed, especially in complex patients, one expert says. 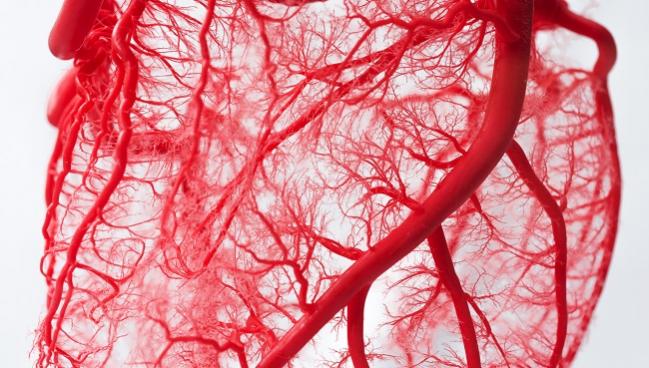 In patients with multivessel disease presenting with STEMI, complete versus culprit-only revascularization leads to a lower long-term risk of cardiovascular mortality, revascularization, and nonfatal MI, according to a new meta-analysis. But nonculprit PCI only lowered nonfatal MI risk when done during the index procedure, rather than in staged cases.

However, the researchers argue that the existing evidence is limited in quality and that future studies are needed to definitively determine how nonculprit lesions should be addressed in this patient group.

The issue of whether to treat nonculprit lesions in STEMI patients, whether during the initial procedure or in a staged manner, is not a new one. Several studies and meta-analyses have backed the idea of complete revascularization in the last couple of years, but all have been criticized either for being observational, too small, and/or not powered enough to show the effect on hard outcomes like death and MI.

Still, European guidelines were changed last year to embrace the results of trials such as PRAMI, CVLPRIT, and DANAMI-3-PRIMULTI and now recommend complete revascularization (class IIa) for STEMI patients with multivessel disease. US guidelines recommend it as well, with a class IIb designation.

For Jay Giri, MD (Hospital of the University of Pennsylvania, Philadelphia), who was not involved in the meta-analysis, the current evidence suggests it is reasonable to intervene on high-grade nonculprit stenoses during the index procedure. “You may be getting a series of benefits including stabilizing hot lesions and certainly preventing repeat revascularization down the line,” he told TCTMD.

But ultimately, clinicians need to use “common sense” rather than the making decision algorithmically, Giri added. If a “patient is really not going to be able to handle that next procedure or it's extremely complicated to do, or let's say it's a chronic total occlusion after you've done an MI, those are all clinical circumstances where it would probably be much more reasonable to take a step back and evaluate the whole situation prior to performing complete revascularization.”

For the meta-analysis, published online February 8, 2018, ahead of print in Heart, Claudio Bravo, MD (Montefiore Medical Center, Bronx, NY), and colleagues included nine randomized controlled trials involving 2,633 STEMI patients with multivessel disease who were prospectively treated with complete (n = 1,381) or culprit-only (n = 1,252) PCI between 2004 and 2015. Staged procedures were allowed in six of the trials, and the authors admit that “all trials were at high risk of bias.”

Compared with culprit-only interventions, complete revascularization was associated with lower long-term (often 1 year or greater) risks of cardiovascular mortality (RR 0.50; 95% CI 0.32-0.79), MI (RR 0.62; 95% CI 0.44-0.89), and repeat revascularization (RR 0.47; 95% CI 0.39-0.57). There were no differences between the study arms in terms of long-term all-cause mortality or short-term adverse events. In subgroup analyses, nonculprit PCI done during the index procedure led to a lower long-term nonfatal MI risk (RR 0.37; 95% CI 0.19-0.71), but there was no difference in this outcome for staged procedures. The risk of CV mortality did not differ between index and staged procedures.

Additionally, Bravo and colleagues conducted trial sequential analysis on the data assuming a 20% relative risk reduction for complete revascularization. Per their results, they determine that “further [randomized controlled trials] are needed to reach more conclusive results regarding the effects of complete revascularization on long-term cardiovascular mortality, long-term all-cause mortality and long-term nonfatal myocardial infarction.” These additional trials, however, will likely “not change the benefit observed” with regard to long-term repeat revascularization, they write.

The “usefulness” of a meta-analysis like this one is that it only includes mostly prospective randomized data, Giri said, and “it's a huge benefit to look at these randomized studies as opposed to what was the basis of the prior literature.” For years, the literature was “littered with flawed data from retrospective observational studies” that affected guidelines, he said. Many of these studies included patients who received a secondary staged procedure, and this biased the results, he explained.

Bravo told TCTMD that he wasn’t surprised about the main finding a of this analysis, because “everything was consistent with all the meta-analyses that were published almost simultaneously and also individual randomized clinical trials in terms of showing a benefit of culprit only intervention.”

Still, he was taken aback by just how low the quality of the evidence was shown to be by the trial sequential analysis, which “takes into account risk of random errors due to sparse data and repetitive testing of the cumulative data [that] are common sources of bias in meta-analyses and usually are ignored.”

Although more recent trials like Compare-Acute and CULPRIT-SHOCK were not able to be included in this meta-analysis, Bravo said that if they had, “everything” in the results would have been different, potentially with a greater association between complete revascularization and better outcomes. But it’s the ongoing COMPLETE trial, estimated to have almost 4,000 patients, that will likely give the definitive answer on how to move forward in this arena, he added.

There’s still room for research with regard to patient quality of life and how complete versus culprit-only PCI would affect symptoms, Bravo said. Also, none of the studies included in this meta-analysis were performed in North, South, or Central America, he noted, so there is more room for research to come up with more generalizable findings worldwide. Lastly, there’s still the unanswered question of whether complete revascularization should be done all at once or in a secondary, staged procedure, and especially how each of these affects the potential for vascular access complications and contrast-induced nephropathy.

Complete vs Culprit-Only Revascularization in STEMI With Multivessel Disease