Operators at a single center say their observational data support the call for timely intervention in these complex patients. 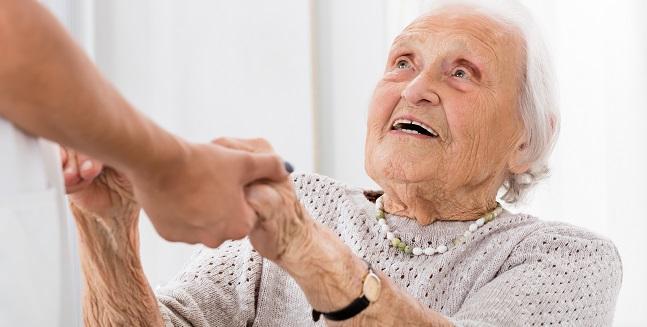 Patients presenting with severe tricuspid regurgitation (TR) are a heterogeneous cohort, though the majority of them are poor surgical candidates, according to a new observational study. While more work is needed to better identify who can most benefit from transcatheter intervention, the authors advocate for earlier identification and referral in order to potentially increase the success of available treatment options.

“What this study tells us a little bit is how complex this group is, but also more importantly, that the patients we're seeing in hospital and who are being referred for transcatheter interventions are the worst of the worst. They are a very advanced group,” senior study author Azeem Latib, MD (Montefiore Medical Center, Bronx, NY), told TCTMD.

With TR, “we need to increase physician and patient awareness so that patients get referred earlier,” he continued. “Because if we wait for them to get really symptomatic and we see them in hospital, [like] the ones that are being referred now, [they] are often actually even too late or too far advanced for transcatheter intervention.”

For the study, published as a research letter in the August 13, 2019, issue of the Journal of the American College of Cardiology, Latib along with Jonathan Curio (Montefiore Medical Center), and colleagues looked at all 11,943 echocardiograms performed at a single tertiary-level institution in Italy between October 2014 and May 2016. Notably, echos were mostly done for screening purposes (52.3%) followed by follow-up after percutaneous procedures (16.6%) and electrophysiological reasons (10.8%).

However, only one patient (1.4%) was identified as a potential surgical candidate due to limited comorbidities. Of the remaining 72 patients, 32 (44.4%) were found to be eligible for a transcatheter approach given the following criteria: age ≤ 90 years, SPAP ≤ 60 mm Hg, TAPSE ≥ 12 mm, and LVEF ≥ 30.

Additionally, if patients with severe TR were to be treated regardless of a guideline indication, still only five were thought to be at acceptable surgical risk and 128 (54.2%) would have been eligible to undergo a percutaneous approach.

“Part of what I think all of us working in this field have been struggling with is really understanding who the patients are, why are they not being treated, [and] why is the rate of surgical intervention in these patients so low,” Latib said, adding that there seems to be a “difference in opinion” between surgeons and cardiologists. “They say that the patients they see, they operate on. [But] the patients I see, [surgeons] are not operating on.”

There are currently “different spectrums” of patients with TR, he explained. “The patient that a surgeon often operates on for the tricuspid is a patient who is getting surgery on the mitral aortic valve and the tricuspid is also regurgitant.” As has been increasingly pointed out in recent years, the idea of treating the patient with isolated tricuspid disease is relatively new. As Latib put it: “The patients we see for these transcatheter interventions are a different group of patients.”

Latib said he was surprised by how few individuals in this study were even eligible for transcatheter treatment, “because we think transcatheter therapies are for everybody.”

These results highlight “the complexity of the population who are being referred for these tricuspid valve procedures,” he said, noting that in the literature so far, “what the readers don't see is how many patients were actually rejected . . . . A lot of patients get turned down because they are actually too far advanced.”

Moving forward, Latib said he’d like to see increased awareness among referring physicians who see patients with severe TR in their practice. These clinicians, he advised, “need to start thinking about could this patient benefit from either surgical or transcatheter intervention and send the patients earlier in the natural history for evaluation.”

To encourage earlier referral, and ultimately earlier treatment, he called for more studies delving into the pool of less complex patients, in order to show that interventions can help patients feel better. “Right now, we wait until patients have severe TR and symptoms, and often those symptoms are symptoms of fluid overload despite diuretics. We need to move it earlier so that when patients start developing severe TR, even if they are asymptomatic or very mildly symptomatic, we [can anticipate] patients benefit already,” he explained.

Latib clarified that he is not advocating for treatment of patients with moderate TR at this point. Rather, he emphasized, “let's not wait until the patient is at a stage where they are no longer responding to medical therapy. Let's think about whether these therapies can actually alter the natural history of severe TR.”

The two ongoing randomized studies of transcatheter tricuspid interventions—TRILUMINATE and CLASP IID/IIF—will likely be viewed as the “COAPT of the tricuspid,” according to Latib. “If these studies are positive and they show benefit for our patients, it will move the dial in an incredible way because suddenly we have a less-invasive therapy for patients with TR who have been forgotten for ages, and suddenly transcatheter therapies for TR will move into the guidelines.”

Josep Rodés-Cabau, MD (Quebec Heart and Lung Institute, Canada), who commented on the study for TCTMD, said, “I would agree that some kind of randomized data would be important because there is a major lack of evidence in the tricuspid field.”

The findings of this study “reflect a bit the realities that we see—many of these patients are not patients that are good candidates for surgery,” he said. “We also know that surgery is an option but it's high risk and in many of these patients, [and] in fact, the mortality rate . . . doesn't seem to have changed much in the last 10-15 years. And it's not because of surgical technique. It's because these patients are very sick and don't tolerate very well these interventions.”

The patients treated now are equivalent to those seen in the original PARTNER 1 trial for TAVR, according to both Latib and Rodés-Cabau, so it will be important for the randomized trials in the tricuspid space to show hard endpoints like heart failure rehospitalization and mortality.

“The only thing here is that it's I think that some patients can still without randomized data benefit from transcatheter interventions, but to have definitive evidence for sure you always need some kind of randomized study,” Rodés-Cabau said.

Until then, he said the criteria used to define acceptable surgical risk “are very reasonable.” However, the “line is thin,” meaning that some patients deemed high risk for surgery might do better with transcatheter therapy, “but the outcomes are not going to be extremely good,” he explained.

Although not proven yet, some data seems to indicate that “relatively modest changes—let's say of one degree in the severity of TR—have been associated with improved clinical outcomes, functional status, exercise capacity, et cetera,” Rodés-Cabau said. “It seems that sometimes, you don't need really a dramatic change, but a mild change can make a difference.” While the goal is always to completely resolve TR, “if you go from torrential to some kind of moderate [grade], it could be quite a good result associated with good outcomes.”

He also agreed on the need for earlier identification of severe TR patients. “Increasing the knowledge, the awareness about the fact that we have other possibilities now to address this disease other than surgery . . . should probably translate into the fact that general cardiologists who currently see these patients can refer these patients for treatment,” said Rodés-Cabau. “Many of these patients are followed and then treated in heart failure clinics or by general cardiologists and then diuretics and diuretics and more diuretics. It's not a lot of different things you can do.”