Embolic Protection in TAVR: Signs of Benefit, but Road Map for Use Still Uncharted

The potential for stroke prevention, the specter of subclinical lesions, and device costs must all be juggled, experts said at EuroPCR 2018. 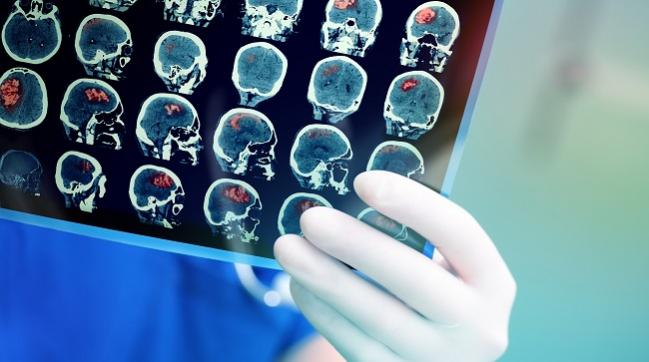 PARIS, France—Embolic protection devices in TAVR appear to reduce the 30-day risk of stroke but do not affect 30-day mortality, according to a meta-analysis presented today at EuroPCR 2018.

And while the study found that diffusion-weighted magnetic resonance imaging (DW-MRI) detects just as many new ischemic cerebral lesions between patients who do or don’t receive embolic protection, it also showed that both individual lesions and the overall volume of lesions tend to be smaller when embolic protection is used. Fully four in five patients had such lesions after TAVR, suggesting there may be subclinical changes to the brain that may become clinically important down the road.

Overall, the available evidence doesn’t support routine use of embolic protection devices, study investigator Luca Testa, MD, PhD (IRCSS Policlinico San Donato, Milan, Italy), said in a late-breaking session today. The devices should instead “be considered in selected patients who are at high risk of embolization from the aortic valve, root, and arch,” he concluded.

Separately, however, an analysis of patients from the SENTINEL trial presented in the same session suggested that the potential for stroke reduction—while not always significant—was consistent across anatomic subsets, raising the question of how best to identify who might be targeted as high risk.

We all agree that for one of our relatives or parents, we would like to use it, of course. . . . But we don’t know the long-term outcome, what the real clinical meaning of this MRI data is. Luca Testa

Speaking with TCTMD, Testa raised cost as the main worry, estimating that the Sentinel device (Claret Medical) runs around 2,000 Euros in Italy. Unlike in the United States, where a Centers for Medicare & Medicaid Services add-on reimbursement for cerebral protection is expected to be approved as early as October 2018, in Europe there are no immediate plans, he said.

“At least for the next couple of years,” Testa predicted, “there’s no reimbursement ahead [in Europe], because of the lack of data strongly supporting the use of these devices. This is one of the major limitations in widespread diffusion of this technology.” As of now, clinicians who decide to use embolic protection devices can face pushback from their hospitals, he said. “It’s an extra cost that you must justify somehow.”

The devices are safe, though, and the slight learning curve is no barrier, Testa said. “We all agree that for one of our relatives or parents, we would like to use it, of course. . . . But we don’t know the long-term outcome, what the real clinical meaning of this MRI data is.”

Signs of Benefit on MRI

Testa and colleagues combined numbers from eight TAVR studies involving a total of 1,285 patients (mean age 81.7 years; 50.2% women) that reported results prior to 2018. Three of those were registries. Among patients who received embolic protection devices, the delivery success was 94.5%. Fully 12.9% of those enrolled in the studies had previously had a stroke.

Stroke occurred in 4.8% of patients who received embolic protection devices and 6.0% of those who did not. And while use of the devices was not linked to lower 30-day mortality, it was associated with a significantly lower likelihood of 30-day stroke (OR 0.55; 95% 0.31-0.98; P = 0.04), with a number needed to treat of 33. However, the observed difference in stroke was mainly driven by nonrandomized studies, Testa pointed out.

New silent ischemic cerebral lesions were detected by DW-MRI in 80% of the overall cohort. DW-MRI found no difference in the number of new lesions between patients who did and didn’t have embolic protection. However, use of the devices was associated with smaller volume per lesion (P = 0.002) and smaller total volume of lesions (P = 0.02). The mixed bag of 1.5-T and 3-T MRI scanners used in the studies as well as the different windows for obtaining DW-MRI, which happened up to 7 days after TAVR, could have influenced lesion detection, Testa said.

It’s also possible that different devices used for embolic protection in the studies—Sentinel or TriGuard (Keystone Heart) or the no-longer-available Embrella (Edwards)—could have impacted results, he added. Analyzed by valve type, embolic protection was more beneficial in patients treated with a self-expanding versus a balloon-expandable valve.

Stroke itself is rare, said panelist Corrado Tamburino, MD, PhD (Policlinico Hospital, University of Catania, Italy), following Testa’s presentation, so the evidence that lesions so often exist in the brain without clinical consequences is interesting. He also expressed concerns over routine use of embolic protection at a time when TAVR is expected to expand toward an ever younger patient population.

“I wonder,” he asked, “should this not be put into the balance, when you have to spend time, money, and add some additional risk to use cerebral protection?”

To truly know who should and should not receive embolic protection, Testa said, it’s important that future trials be large and involve younger patients. They also should employ the clinical endpoint of stroke rather than a surrogate endpoint based on MRI results, “because this is what matters,” he added.

“I think any stroke matters,” countered Saibal Kar, MD (Cedars-Sinai Medical Center, Los Angeles, CA), also a panelist. “I know I wouldn’t like to have those particles in my brain. Especially in the younger patients, you wouldn’t like it either.”

Combining the results of the meta-analysis with the SENTINEL findings, which don’t show an obvious path toward risk stratification, translates into a difficult situation, Kar said. “If you can’t predict who’s high risk, I think you should protect [against] a stroke. The cost of a stroke is much more costly than the device.” Safety has been demonstrated, he continued, “so why wouldn’t you do this?”

Bernard Prendergast, MD (St Thomas’ Hospital, London, England), who commented on the results for TCTMD, said, “What data like these do is add to the increasing clinical feeling that we should be doing all we can to reduce the prevalence of cerebral embolism. . . .As we start to move into younger patients, lower-risk patients, then we need to be offering the most perfect procedure feasible. If we’re going to go toe-to-toe or head-to-head against surgical AVR, then we have to be producing or attempting to produce a perfect result in every patient.”

Cost is a factor, Prendergast allowed, but he stressed that “the incremental cost in terms of the whole bundle of care is not huge. And if you start to balance that against the costs of a stroke, in financial terms, never mind medical terms, you can begin to make the equation.”

Predictors, or Lack Thereof, in SENTINEL

Presenting the SENTINEL analysis, Hasan Jilaihawi, MD (NYU Langone Health, New York, NY), pointed out that earlier studies have shown the stroke rate in TAVR appears to be independent both of hospital volume and of operator experience and volume. Moreover, stroke risk can’t be ascertained using a surgical risk score, he added. “Few predictors other than prior stroke and advanced age have been identified.”

Earlier findings from SENTINEL have shown that debris is captured by the Sentinel device in 99% of cases and is of heterogeneous origin. Here, Jilaihawi reported on 347 patients in the trial who had complete anatomical data at baseline. Among them, 16 had a procedural stroke by day 3.

Embolic protection appeared to offer benefit “regardless of aortic root angulation and severity,” he said. The degree of aortic arch calcium also did not appear to matter.

For aortic valve calcification, there was a significant reduction in stroke seen with protection in patients who had trivial-to-mild levels, with positive trends seen in those with moderate and severe levels. Using a quantitative approach, patients whose aortic valve calcification was less than or equal to 73.5 mm2 had a significantly lower stroke rate with Sentinel than without.

What’s important, Jilaihawi said, is that “in the SENTINEL trial, a consistent trend for benefit in stroke reduction was observed across all anatomic groups.”

Yet session chair Alain Cribier, MD (Hôpital Charles Nicolle, Rouen, France), pointed out that procedural factors, such as predilatation and the position of the valve, are related to stroke risk and could inform prevention. “It’s not clear to me whether the anatomical factors only play a role,” he said.

Jilaihawi agreed, noting, “There is interplay between procedural aspects and the anatomy, which I think is not completely captured in this study.”

Despite the fact that the number of strokes were small, he said, the researchers had examined anatomy closely. “But there was no clear [subset] that is truly higher risk, [and stroke] remains an unpredictable event,” Jilaihawi concluded. “So, in the ideal world, we would use it in everyone.”

In lieu of known factors to guide who gets embolic protection and who doesn’t, consistency is key, Prendergast commented. “If you can’t work out which patient’s going to benefit most, then you have to have a binary decision: do you do it to all patients or no patients? And then it comes down to cost and your philosophy.”