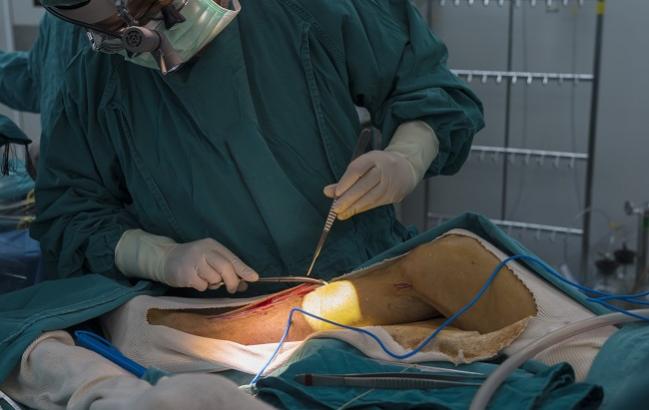 Donald Lloyd-Jones, MD (Northwestern University, Chicago, IL), who chaired a media briefing about the REGROUP results, said he has been in practice long enough to remember the transition of when CABG patients started being shifted from all open to endoscopic vein-graft harvest. “It really is a remarkably different recovery,” he explained. “The patients [now] are much more comfortable when they get up to ambulate—hopefully on day 1 after surgery or at least by day 2. It's much easier for them because they don’t have a full zipper on their leg. They typically have just three tiny incisions. Still a little pain but much, much less and a much lower rate of infection as well, which is obviously a great outcome.”

Even with the recent literature suggesting the superiority of a multi-arterial graft approach for CABG in terms of mortality, some patients still require vein grafts, Lloyd-Jones said. “So it's very reassuring to see that the quality of the vein, at least in the intermediate term, doesn't seem to be affected by endoscopically harvesting them, [when] done by experts.”

No Difference in MACE

For the study, simultaneously published in the New England Journal of Medicine, Zenati and colleagues randomized 1,150 CABG patients from 16 Veterans Affairs cardiac surgery centers to either open (n = 574) or endoscopic saphenous-vein-graft harvesting (n = 576) between March 2014 and April 2017. Notably, all operators performing endoscopic harvesting were classified as experts, meaning that they had done more than 100 of these procedures and had a lower than 5% conversion rate.

Discussing the study, Marc Ruel, MD, MPH (University of Ottawa Heart Institute, Canada), said “there’s no question that the trial was needed” given that endoscopic harvesting is so popular, with up to 70% of US and Canadian operators opting for this approach. “It has been shown to be associated with less pain, less infection, and better patient satisfaction,” he said, noting that prior studies like PREVENT IV have left the question open as to whether endoscopic vein-graft harvesting leads to decreased patency and higher death rates.

“REGROUP is very important [because it] showed that endoscopic vein harvest is as good as open vein harvest for prevention of major adverse cardiac events, which is essentially the goal after coronary artery bypass surgery,” Ruel observed, though he emphasized the fact that these procedures were done at expert centers during on-pump CABG. “I believe this is a definitive trial,” he said. “There was certainly no trend towards more events with endoscopic vein harvest. In fact, there were very few sources of bias.”

With that, he pointed out that many endoscopic vein-graft harvesting centers potentially are losing proficiency in open graft harvesting, and with new techniques for the latter—like nonpedicled, no-touch harvesting—it might still be associated with better patency and outcomes.

“Is this the last trial? I think it is. I think this question is fully answered,” Ruel concluded. “But is endoscopic vein harvest central to a better CABG product? It probably is, but I think a better CABG product has many other ramifications than purely endoscopic vein harvest. . . . I think we can do better by using radials. We now have very seminal data from this year showing that use of radial artery is associated with less major adverse cardiac events. And there are endoscopic ways to harvest radials.”

Speaking with TCTMD, cardiac surgeon Jennifer Lawton, MD (Johns Hopkins University School of Medicine, Baltimore, MD), who was not involved in REGROUP, said if she were to need CABG today, she would prefer an all arterial grafting approach. But if a vein graft was required, she would prefer it harvested endoscopically. “Until we know more data, I would prefer the endo mostly because the patients love it,” she said. “If you've ever seen someone who had a CABG in the past, we make an incision all the way up the leg. ‘I couldn't walk. It hurt.’ That was the major complaint that [patients had]. Now we have a tiny little incision at the knee and they love it, the risk of infection is much less, the wound complication is much less. I would do that.”

However, Lawton is of the mindset that another trial comparing vein-graft harvesting techniques is “absolutely” needed. “It would have to be a very carefully designed randomized trial,” she said. “All of our patients are always going to get one arterial graft now because that's a quality measure. So it's hard to randomize people based only on vein graft harvesting technique when there are so many other factors involved. So it's difficult.”