While one expert has been incorporating radial-artery grafts in his practice for years, he said these data should change the minds of those who do not. 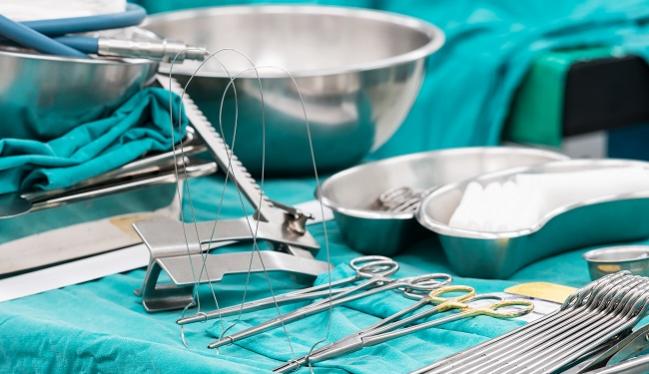 In patients undergoing CABG surgery, the use of radial-artery grafts as a second conduit results in a lower incidence of adverse cardiac events and a higher patency rate at 5 years compared with saphenous-vein grafts, according to data from a new meta-analysis.

Evidence over the past several years has shown that the use of multiple arterial grafting in CABG is superior to saphenous-vein grafting, even resulting in updates to several sets of professional guidelines.

“Despite these recommendations, arterial grafts have not been widely adopted,” lead study author Mario Gaudino, MD (NewYork-Presbyterian and Weill Cornell Medicine, New York, NY), and colleagues write, noting that fewer than one in 10 elective CABG patients currently receive multiple arterial grafts in the United States. “One of the reasons for their infrequent use,” they say, “is that the superior clinical outcomes associated with multiple arterial grafts that have been reported in registries have not been replicated in randomized, controlled trials.”

Given that, the researchers set out to conduct a patient-level analysis of six trials that randomized 1,036 patients to either radial-artery or saphenous-vein grafts to supplement left internal-thoracic-artery grafting during CABG. Their results, presented today at the American Association of Thoracic Surgery (AATS) 98th Annual Meeting and simultaneously published in the New England Journal of Medicine, show a lower prevalence of the composite of death, MI, or repeat revascularization among patients treated with multiple arterial grafts (HR 0.67; 95% CI 0.49-0.90) over a mean follow-up of 60 months.

The results were confirmed in sensitivity analyses, and prespecified subgroup analyses uncovered a small but significant interaction between age and the treatment effect of radial-artery grafting on the composite endpoint (P = 0.04). Specifically, patients younger than 75 years (P = 0.008), women (P = 0.01), and patients without renal insufficiency (P = 0.02) were at an increased likelihood of benefitting from radial-artery over saphenous-vein grafting.

Leung said he has been performing CABG with multiple arterial grafting for about the last 3 or 4 years based on results of the RAPS and RAPCO trials, which were each included in this meta-analysis, so his practice will not change as a result of this paper. “I think in [a patient] under the age of 65 or 70 who's got adequate coronary anatomy that you should probably use two or more arterial grafts, meaning that in addition to the LIMA, either use a RIMA plus/minus a radial,” he said.

But there are other surgeons, including some of his partners, who likely don’t use multiple arterial grafts as often as they should, Leung noted. This study, he added, “should maybe change their opinion.”

Looking back over the research comparing saphenous-vein to radial-artery or right internal-mammary-artery grafts, “no paper has ever suggested that the vein graft is superior,” he continued. “Every paper has shown that the radial is as good as if not better than the vein graft. It's technically a bit more demanding, but I think this is the way that we should all practice.”

Previous studies in this realm have often only included mortality and other hard outcomes as secondary and not primary endpoints, Leung said. As such, “it would be nice to have some of these other studies follow up to 10 years and see if there was a clinically significant difference,” he suggested. “I suspect that like if you're pursuing [the theory] that there's a higher rate of MI and a higher rate of repeat revascularization if you only did vein grafts, then I would think that that would later translate to improved mortality, but we don't know.”