These secondary results from the neutral NAVIGATE ESUS trial need to be confirmed before affecting treatment decisions, a researcher says. 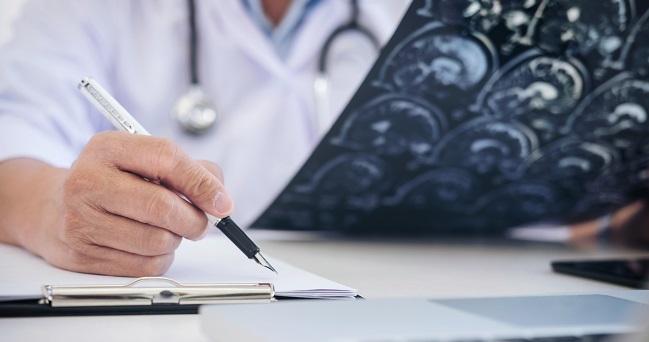 Patients who have had an embolic stroke of undetermined source (ESUS) and have moderate-to-severe left atrial enlargement may benefit from empiric treatment with a direct oral anticoagulant (DOAC), a secondary analysis of the failed NAVIGATE ESUS trial suggests.

In contrast to the main results of the trial, rivaroxaban (Xarelto; Bayer/Janssen) was associated with a reduced ischemic stroke risk versus aspirin in the subset of patients who had a left atrial diameter greater than 4.6 cm (1.7% vs 6.5% per year; HR 0.26; 95% CI 0.07-0.94), according to researchers led by Jeff Healey, MD (Population Health Research Institute and McMaster University, Hamilton, Canada).

Therefore, that group of patients—encompassing 9% of trial participants—may represent a post-ESUS population with an A-fib risk that is high enough to justify empiric DOAC therapy to prevent stroke, Healey said, adding that the finding needs to be confirmed before getting incorporated into clinical practice. “That’s food for thought,” he said. “It’s clearly not a definitive finding.”

Healey explained that about one-third of patients with ESUS will have A-fib detected on continuous monitoring after their event. Based on the well-established efficacy of oral anticoagulation for preventing stroke in patients with clinical A-fib, the idea behind the NAVIGATE ESUS trial was that empiric DOAC therapy would reduce stroke risk in this setting while eliminating the need for rhythm monitoring. The trial, which was stopped prematurely due to lack of efficacy, failed to bolster that concept. Later, RE-SPECT ESUS, a similar trial using dabigatran (Pradaxa; Boehringer Ingelheim), provided comparable results.

But the NAVIGATE ESUS investigators then thought that it might be possible to find a subset within the ESUS population with a sufficiently high risk of A-fib that empiric DOAC therapy would still make sense, and it was that idea tested in this secondary analysis, published online April 8, 2019, ahead of print in JAMA Neurology.

The investigators used three metrics to identify patients with a greater risk of A-fib: the HAVOC score based on clinical variables, the frequency of premature atrial contractions on Holter monitoring, and left atrial diameter on echocardiography.

Indeed, the rate of A-fib detected during follow-up rose as each of those measures increased. Only left atrial diameter, however, significantly influenced the effect of rivaroxaban versus aspirin on stroke risk (P = 0.02 for interaction). Rivaroxaban was tied to a lower risk of ischemic stroke in patients with left atrial diameters greater than 4.6 cm, but not in those with smaller left atria.

Healey said that finding is consistent with a subgroup analysis of the RE-SPECT ESUS trial showing that dabigatran might be beneficial in older patients.

“What older age and bigger left atria have in common is they’re probably the two best markers we have for incident atrial fibrillation,” he explained. “It’s age-related, and left atrial volume increase just captures so many of the risks that happen to people, like hypertension or heart failure, that produce this risk of atrial fibrillation.”

Fortunately, Healey pointed out, there is an ongoing trial that will provide more insights into whether an enriched population of patients with ESUS and an elevated A-fib risk may benefit from DOAC therapy. Called ARCADIA, the trial is enrolling patients with a recent ESUS and evidence of atrial cardiopathy and randomizing them to apixaban (Eliquis; Bristol-Myers Squibb) or aspirin.

While awaiting those results, there remains a need to monitor patients for atrial fibrillation after ESUS, Healey said. He added, however, that the results of this secondary analysis from NAVIGATE ESUS could be used to guide how that monitoring is performed.

“So everybody gets a certain level of monitoring—[maybe] 2 weeks of continuous ECG monitoring, which is kind of a fashionable thing that’s gaining some traction in guidelines—and then perhaps from the [NAVIGATE ESUS] data, among patients with very large left atria, maybe even more intensive monitoring could be justified there,” he said.

“Given the post hoc nature or the secondary nature of this analysis, you certainly can’t recommend empiric treatment with an anticoagulant just based on having a large left atrium,” Healey said, “but I think if you want to do a more intensive look for atrial fibrillation in that population then that would be fair.”

My Takeaways From ACC 2019: Breaking With Embargoes? Despite the Drama, Embargoes Set to Stay