The researchers predict that ischemic heart disease, stroke, and hypertension will continue to decline but remain top causes of death worldwide. 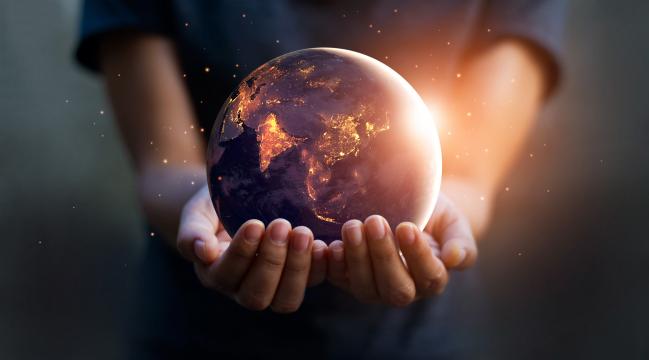 Over the next 20 years mortality is expected to decline and life expectancy to climb in most countries around the world, according to an innovative global health forecasting study. However, the researchers warn that the news is not all good, since mortality from HIV/AIDS shows the potential to rebound, while avoidable mortality in low-income countries is predicted to continue increasing if policymakers fail to address and control the rising tide of noncommunicable diseases.

For the Global Burden of Diseases, Injuries, and Risk Factors Study, researchers used estimates from 1990 to 2016 to forecast cause-specific and all-cause mortality and years of life lost for 250 causes of death in 195 countries through 2040.

“The goal is to give information to policymakers and nongovernment organizations as well as industry as far as where we think things are headed given the trends and risks that we are extrapolating,” lead investigator Kyle J. Foreman, PhD (University of Washington, Seattle), said in an interview with TCTMD. The big messages for cardiologists coming out the forecast, he added, are that while the next 20 years will see a continued downward trend in rates of ischemic heart disease, stroke, and hypertension, they will remain the top causes of death worldwide.

“Globally in terms of [years of life lost], ischemic heart disease remains the top cause, stroke is number three, and hypertensive heart disease is number twenty,” he said. “We also did some better- and worse-case scenario analyses showing that if we don’t see continued improvements in systolic blood pressure, if smoking declines stagnate, or if [body mass index (BMI)] continues to go up rather than leveling off as we’ve seen in the US in the past decade, we could actually see an increase in cardiovascular-related deaths or at least no further improvement in many countries.”

In terms of life expectancy predictions, Foreman and colleagues foresee a worldwide increase of 4.4 years for both men and women by 2040. However, looking across all countries included in the analysis, the range varies dramatically. For example, while men and women in Spain can expect to live to an average of 85.8 years, the numbers are much reduced for those in low-income countries, with the lowest being just 57.3 years in the Southern African country of Lesotho. Other countries still projected to have life expectancies under age 65 in the next 20 years are the Central African Republic, Somalia, and Zimbabwe. On the other hand, some sub-Saharan African countries will likely see the largest absolute gains in life expectancy—9 years or more. For men and women in China, life expectancy is predicted to be greater than 80 years by 2040, eclipsing the United States for the first time. North America and Europe are expected to see a slowing down in life expectancy gains, largely because many of those improvements have already happened, Foreman explained.

“The remaining challenges in these countries are ones we haven't figured out the solutions to, such as increasing BMI and issues surrounding diet and blood pressure. Those are really what needs to change to get any huge gains in life expectancy in North America and Europe. No one has really shown a lot of evidence that we have a way of making those changes happen,” he added.

In an invited comment on the study, Tony Blakely, MBChB, PhD (University of Otago, Wellington, New Zealand), notes that this innovative method of health forecasting is “likely to be of huge policy interest and importance” but also points out that predicting the future is complicated by many unknowns, including the impact of climate change and overconsumption of the Earth’s resources on human health.

Importantly, Blakely also suggests that “the forecast mortality rates do not tell us what interventions will achieve what health gain, for whom, which is crucial for modelling effects on health inequalities, and the cost effects.”

An area where Foreman and colleagues do see potential for intervening to improve future health scenarios is tobacco, which they estimate based on current trends will be the fourth-leading risk factor for years of life lost in 2040. In fact, they say tobacco could eclipse high BMI and high fasting plasma glucose to become the second-leading risk factor behind hypertension.

One particularly troubling finding from the forecast is the potential for rebounding of HIV/AIDS infections after years of progress.

To TCTMD, Foreman said the prediction is “largely tied to whether we can continue to increase funding and access to antiretroviral therapy against HIV,” a concern that is growing based on stagnation in funding and hints that support to fight HIV and AIDS may decrease or go away in the current political climate.