“Residual inflammatory risk in patients undergoing PCI should be identified and treatment options should be further explored,” researchers say. 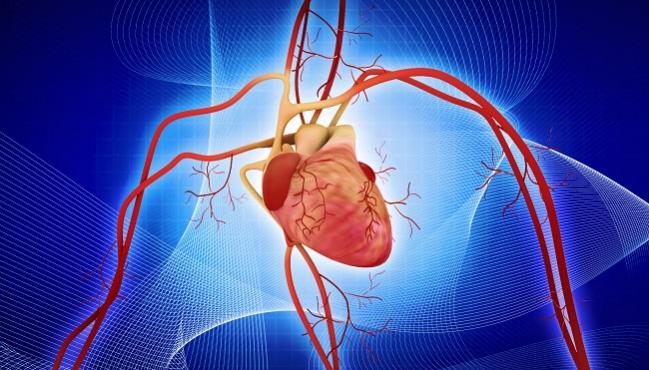 Patients who consistently have a high level of inflammation despite undergoing PCI are at greater risk of dying and having an MI by 1 year, according to a new single-center study. This subgroup is more vulnerable than individuals who see their high-sensitive C-reactive protein (hsCRP) levels either increase or decrease, and those whose hsCRP levels stay consistently low before and after PCI.

“Increased inflammatory status pre-PCI and directly post-PCI has been associated with poor prognosis,” the researchers, led by Deborah N. Kalkman, MD, PhD (Icahn School of Medicine at Mount Sinai Hospital, New York, NY), point out in their paper. Last year, the CANTOS trial boosted interest in the concept of residual inflammatory risk (RIR) by showing that canakinumab (Novartis), a fully human monoclonal antibody specifically targeting inflammation, reduced the risk of cardiovascular events when added to a background of optimal medical therapy in patients with a baseline hsCRP level ≥ 2 mg/L.

Although clinicians routinely assess cholesterol and thrombotic risk in patients undergoing PCI, RIR measurement isn’t recommended by current guidelines, Kalkman noted to TCTMD. Moreover, little is known about RIR’s prevalence in this population, how that might change over time, and how it could affect outcomes.

“The interesting thing is that we know preprocedural CRP is linked to worse outcomes,” she said. Additionally, “we know that people who present with ACS can have elevated CRP levels that are only for a short duration due to the acute coronary syndrome. Nobody has really followed these patients to see if they have persistent high CRP levels.”

What the new study demonstrates is that knowing patients’ post-PCI inflammatory status can provide hints about their degree of risk, Kalkman explained. “It’s nice to have more data about these patients: how to categorize and stratify [them]. I think in the future, it would be nice if we could treat these patients according to their personal risk.”

Roxana Mehran, MD (Icahn School of Medicine at Mount Sinai Hospital), senior author of the study, told TCTMD that the study raises “the whole idea of thinking about different pathways to treat patients.

“I feel like in so many ways we’ve really maxed out on how many antiplatelet and anticoagulant regimens we can give to our patients, and we still have these residual events that continue to happen,” she continued. Having access to the results of serial hsCRP allowed the researchers to take a unique look at how inflammation might be affecting outcomes after PCI.

That 1-year MACE risk was higher in patients who had high levels of inflammation and continued to do so implies that “beyond the lipids and beyond what we could do on the revascularization side, there is this inflammatory risk . . . that we need to further understand,” Mehran said.

Renato Lopes, MD, PhD (Duke Clinical Research Institute, Durham, NC), who was not involved in the research, said it’s no surprise that patients can have inflammation post-PCI. “But I think having more granularity around the different types of patients—people going up, people going down, people continuing the same—that’s the novel piece to me that really adds to the literature,” he commented.

The findings were published online last week in the European Heart Journal and previously presented at TCT 2018 in San Diego, CA.

For their retrospective cohort study, Kalkman and colleagues looked at prospectively collected data on 7,026 people who underwent PCI at Mount Sinai Hospital between 2009 and 2016. All had at least two hsCRP measurements taken at baseline and during follow-up more than 4 weeks apart.

The researchers defined high RIR as an hsCRP level ≥ 2 mg/L, as in CANTOS, then divided patients based on their results before and after PCI:

Slightly less than half of the patients presented with ACS, and they were more prevalent in the persistent high and attenuated RIR groups.

“Residual inflammatory risk in patients undergoing PCI should be identified and treatment options should be further explored,” the investigators advise.

Determining RIR in PCI patients identifies a high-risk population, they say, but “whether the use of anti-inflammatory medication in this population reduces recurrent cardiovascular events deserves further investigation.”

For now, Kalkman said, the results simply show that RIR is a biomarker that has prognostic value. “Patients fall into different ‘baskets.’ [Knowing the inflammatory risk] gives you just a bit more information about the patient,” she explained.

Where this might prove most useful, Lopes suggested, is in the development of risk scores for predicting post-PCI outcomes. Traditionally, these have been based only on clinical variables, he said. Biomarkers like hsCRP can sometimes be even more predictive, meaning that scores then need to include fewer clinical variables to accurately assess risk.

As to why patients might stay in the persistent RIR groups, either low or high, Lopes suggested that genomic factors or some other predisposition might be at play. Less surprising, he said, is that patients would have lower inflammation after PCI.

I feel like in so many ways we’ve really maxed out on how many antiplatelet and anticoagulant regimens we can give to our patients, and we still have these residual events that continue to happen. Roxana Mehran

Kalkman said the hope is that one day there might be medications that could address high RIR in patients undergoing PCI. Earlier this month, the US Food and Drug Administration turned down an application by canakinumab producer, Novartis, to extend the drug’s indication to patients with cardiovascular disease and high hsCRP; the company is now mulling its next steps. But there is other research afoot. CIRT, being presented next month at the 2018 American Heart Association Scientific Sessions, is looking at whether low-dose methotrexate can reduce major CV events in patients with type 2 diabetes or metabolic syndrome as well as prior MI or known multivessel disease. The COLCOT study is currently testing whether the anti-inflammatory drug colchicine can reduce cardiovascular events in patients with CAD.

Lopes pointed out that the current results also speak to potential mechanisms behind the statin benefit seen in the SECURE-PCI trial, for which he served as an investigator. Patients who presented with ACS and were slated for PCI received two 80-mg doses of atorvastatin, one before and one after their procedure, or two placebos. All patients then received atorvastatin 40 mg for 30 days. The 28% relative reduction in MACE risk seen among PCI patients would not likely result from only two high doses so near the time of intervention. “One of the main explanations is that statins are acting as an anti-inflammatory drug,” he explained.