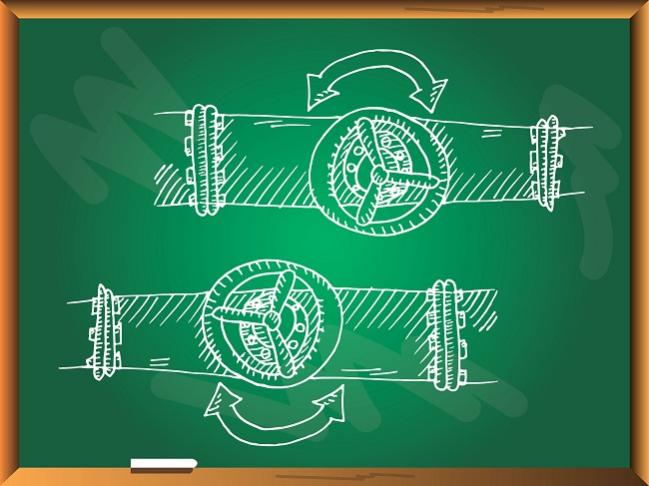 There were differences between the valves, however, with the researchers reporting Lotus was associated with a trend toward a lower risk of aortic regurgitation after TAVR.

To TCTMD, senior investigator Jochen Wöhrle, MD (University of Ulm, Germany), said the rate of pacemaker implantation in their center is in line with that observed in REPRISE III, a head-to-head study comparing Lotus against CoreValve and the next-generation Evolut R device (both Medtronic). In REPRISE III, the 30-day rate of pacemaker implantation was 35.5% with Lotus and 19.6% with CoreValve.

At the present moment, Wöhrle said they are not put off by the higher rate of permanent pacemaker implantation when using the Lotus valve system.

“We’re not afraid of using Lotus with the higher rate of pacemaker implantation, because there’s no data showing that a pacemaker does any harm to the patient,” he said. “It is an invasive procedure, which could result in some complications, but if the patient has the pacemaker, there is no long-term negative impact. On the other hand, if you move into low-risk patients, or patients with severely reduced left ventricular function, it could have an impact on long-term results. We just don’t know yet.”

While the clinical implications of pacemaker implantation remain debatable, Wöhrle cited data from the recent SURTAVI trial, which included intermediate-risk patients treated with CoreValve/Evolut R. In 2-year follow-up, there was no difference in clinical outcomes among patients who received a pacemaker after TAVR and those who did not, said Wöhrle.

The new data, published May 31, 2017, in Circulation: Cardiovascular Interventions, included 202 consecutive intermediate-risk, high-risk, and inoperable patients treated with Lotus and 335 patients treated with Sapien 3 between 2014 and 2016 at the University of Ulm. Wöhrle said the Lotus and Sapien 3 devices are both workhorse valves at their clinical center and their experience with Lotus is extensive compared with other European hospitals.

In the study, the researchers matched the 202 Lotus-treated patients with 202 individuals treated with Sapien 3 based on patient characteristics and baseline aortic valve parameters.

At 30 days, the Valve Academic Research Consortium-2 early safety endpoint—a composite that includes all-cause mortality, disabling/nondisabling stroke, major vascular complications, life-threatening bleeding, need for repeat procedures, and acute kidney injury—was not statistically different between the two devices (6.9% with Sapien 3 vs 7.4% with Lotus; P = 0.85). All-cause mortality at 30 days was 2.5% with Sapien 3 and 1.9% with Lotus, a nonsignificant difference.

Similarly, longer-term follow-up showed no difference in clinical outcomes with the valves. At 1 year, all-cause and cardiovascular mortality were 15.8% and 9.3%, respectively, in the Sapien 3 group and 13.8% and 5.2%, respectively, in the Lotus-treated patients. The 2-year clinical outcomes, including mortality, were no different between the valves.

“I think we need randomized, controlled trials to compare the outcomes of different valves,” said Wöhrle. “It’s important. On the other side, regarding the clinical endpoints, we’re not seeing differences between the different valve types in short-term follow-up. We’re planning on following the patients for up to 10 years to see if there’s a late difference, particularly in terms of long-term functioning of the valve.”

Wöhrle noted they selected the valves to minimize “oversizing,” given that research groups have suggested the rate of pacemaker implantation increases under oversizing conditions.

For patients with an annulus greater than 27 mm, or those with a short distance from the annulus to the coronary ostia, they selected the Sapien 3 valve (which is available in 23, 26, and 29 mm, while Lotus is available in 23, 25, and 27 mm). If there was extensive calcification, which might result in annular rupture with the balloon-expandable device, or thrombus in the left atrial appendage, Wöhrle said their go-to option would be the Lotus device.

‘Not Filling a Gap’

Guilherme Attizzani, MD (UH Cleveland Medical Center, OH), who was not involved in the study, said the solid clinical results with both valves were not too surprising, noting that moderate/severe paravalvular leak was very low with both valves. The small differences in mild paravalvular leak—the advantage to Lotus—is likely offset by the higher rate of pacemaker implantation with the repositionable and retrievable valve, though.

Right now, he said, the data regarding the impact of pacemaker implantation on clinical outcomes are based on high-risk and inoperable TAVR patients, and physicians need to keep this in mind when assessing the impact of conduction abnormalities in healthier patients.

“When we’re dealing with patients, moving forward with new indications for the device, it’s something to consider,” Attizzani told TCTMD. “More than 35% of patients needed a permanent pacemaker. That’s not a low number. With the current-generation valves—Sapien 3 and CoreValve Evolut R and Evolut Pro—the bar is set very high. Although the results regarding [paravalvular leak] were pristine with the Lotus valve, the fact that the rates of pacemaker implantation were more than twice as much is something we have to pay attention to.”

In terms of clinical utility, if he had the option of the US Food and Drug Administration-approved Sapien 3 and Evolut R as well as the still-commercially-unavailable Lotus, the Lotus valve’s high rate of pacemaker implantation makes it a tough sell for him and patients. “It’s not that I need this valve on my shelf because it’s filling a gap,” Attizzani said.

As previously reported by TCTMD, Boston Scientific elected to recall all Lotus valves worldwide in February—the device holds CE Mark approval in Europe but is investigational in the United States—due to a faulty pin on the device delivery system. According to the company, the device has gone through extensive testing and will likely return to European and other markets late this year.