Any hints of benefit on secondary endpoints are hypothesis-generating and need to be confirmed prospectively in separate trials. 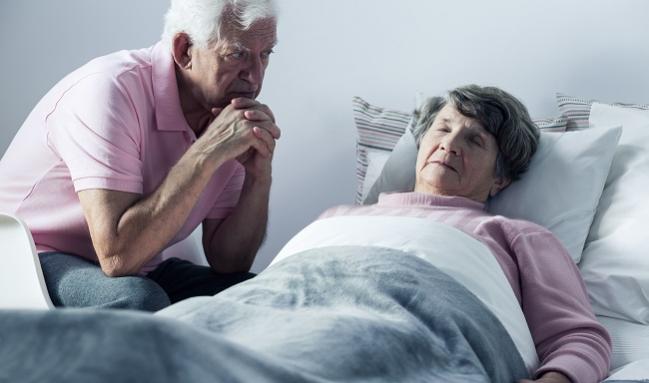 MUNICH, Germany (UPDATED)—For patients hospitalized with an acute medical illness such as heart failure, giving rivaroxaban for 6-and-a-half weeks after discharge does not significantly reduce the risk of a composite of symptomatic venous thromboembolism (VTE) or VTE-related death, the MARINER trial shows.

Rates of that primary efficacy endpoint were low, occurring in 0.83% of patients treated with rivaroxaban (Xarelto; Bayer/Janssen) and 1.10% of those who received placebo (HR 0.76; 95% CI 0.52-1.09), Alex Spyropoulos, MD (Lenox Hill Hospital, New York, NY), reported here at the European Society of Cardiology Congress 2018.

Because the trial failed to meet its primary endpoint, any looks at secondary endpoints should be considered exploratory. Nonetheless, Spyropoulos saw some positive signals in the data, which were published simultaneously online in the New England Journal of Medicine. He highlighted lower rates of symptomatic nonfatal VTE (0.18% vs 0.42%; HR 0.44; 95% CI 0.22-0.89) and a composite of symptomatic VTE or all-cause death (1.30% vs 1.78%; HR 0.73; 95% CI 0.54-0.97) in the rivaroxaban arm.

“We now have the ability to optimize thromboprophylaxis in appropriately selected medically ill patients, and we may reduce by half or more the incidence of symptomatic venous thrombosis at the cost of little to no serious bleeding,” Spyropoulos concluded during a press conference.

With the assumption that the reduction in symptomatic VTE is real, he estimated that in a population of 60 million patients who would qualify for the MARINER trial, treatment with rivaroxaban as evaluated in the study could prevent up to about 10,000 pulmonary embolic events each year at a cost of about 1,000 life-threatening or fatal bleeds.

But Ileana Piña, MD (Montefiore Weiler Hospital, New York, NY), said any projections about clinical impact based on exploratory secondary endpoints might be taking it too far.

She noted that physicians have not been routinely giving VTE prophylaxis to patients at discharge. “We’re hoping that they’re going to get moving so they’re not lying in bed. And I’m big on cardiac rehab so I try to get them moving even in the hospital,” Piña told TCTMD. Particularly for patients with heart failure, there is a high risk of returning to the hospital during the immediate postdischarge period, Piña said, but physicians still are not prescribing prolonged VTE prophylaxis.

This trial isn’t likely to change that, she indicated. Despite rivaroxaban looking relatively safe in this setting, “there was no benefit, and it is expensive,” Piña said, adding that in the United States cost has to be considered along with the risk-benefit balance.

Any findings from the secondary endpoints are hypothesis-generating only and need to be confirmed in additional prospective trials, she said.

Serving as a discussant following Spyropoulos’ presentation, Malte Kelm, MD (University Hospital Düsseldorf, Germany), said that it is possible that certain groups of patients—those with heart failure, for instance—might benefit from extended VTE thromboprophylaxis, but agreed that additional trials would be needed to prove it.

“MARINER suggests that direct oral anticoagulants should not be prescribed to medically ill patients in general, but specific subgroups may profit,” he said, adding that the trial “supports the concept of appropriate risk assessment for VTE in medically ill patients.” In addition, Kelm said, the trial shows that using rivaroxaban in this way has adequate safety in terms of major bleeding.

Spyropoulos noted that hospitalized patients with acute medical illnesses are at risk for VTE. Prophylaxis with anticoagulation has been shown to reduce in-hospital VTE by 50% to 60%, he said, studies evaluating extended treatment after discharge have demonstrated either an increase in major bleeding or a benefit that was due mostly to reducing the risk of asymptomatic deep vein thrombosis. Thus, that approach is rarely used, despite the fact that most VTE in this population occurs in the 6 weeks after discharge.

The MARINER trial was designed to optimize the benefit-risk profile of thromboprophylaxis by enriching the trial population with patients at elevated risk for VTE, focusing only on symptomatic or fatal events, using a reduced dose of rivaroxaban for those with moderate renal insufficiency, and excluding key patient groups—such as those with active cancer, a history of recent bleeding, or a high bleeding risk—to improve safety.

The trial, conducted at 671 centers in 36 countries, included 12,024 patients 40 or older who had been hospitalized with an acute medical illness for at least 3 but no more than 10 consecutive days and had an elevated VTE risk defined by a modified IMPROVE score of 4 or higher or a score of 2 or 3 plus a plasma D-dimer level more than twice the upper limit of normal. Acute illnesses included heart failure with an LVEF of 45% or less in about 40% of patients, acute respiratory insufficiency or exacerbation of chronic obstructive pulmonary disease in about 26%, acute ischemic stroke in about 14%, infection in about 17%, and inflammatory disease in about 1%.

At hospital discharge, patients were randomized to once-daily rivaroxaban 10 mg (with dose adjusted down to 7.5 mg in those with a creatinine clearance of 30 to less than 50 mL/min) or placebo for 45 days.

The findings for the primary efficacy outcome, which showed no benefit for rivaroxaban, were consistent across various subgroups. Spyropoulos said, however, that there was a hint of benefit in the patients who received the full 10-mg rivaroxaban dose (0.65% vs 0.98%; P = 0.075), with no such signal in the patients with moderate renal insufficiency who received the lower 7.5-mg dose.

Based on that, Spyropoulos said he doesn’t see a future for the lower dose in this setting.

The study investigators saw glimmers of hope in the suggestions of benefit on exploratory secondary endpoints, estimating a number needed to treat of 430 to prevent one symptomatic VTE event balanced against a number needed to induce one major bleed of 856.

“Thus, although the benefit-risk decision for the individual patient is finely tuned, the implementation of extended thromboprophylaxis with appropriate selection of medically ill patients may reduce the health burden of nonfatal venous thromboembolism in this population,” they write in their paper.

Citing the low event rates and the lack of a difference between arms in terms of VTE-related death, Spyropoulos et al conclude that “the usefulness of extended thromboprophylaxis remains uncertain. Future studies should more accurately identify deaths caused by thrombotic mechanisms and focus on the patients who are at highest risk and who may benefit from anticoagulant prophylaxis.”

Spyropoulos said one of the advantages of the MARINER approach is that it used a validated risk score that could be used to help identify patients at highest risk and move toward a more individualized treatment approach.

Despite the neutral results for the primary endpoint, he said during the press conference, “it becomes up to the individual physician at the bedside to say, ‘Given these results in a high-risk patient, do I want to prevent symptomatic nonfatal pulmonary embolic events at the cost of little or no bleeding?’ My interpretation of those results is if a patient is at high enough risk as defined by the IMPROVE score or an elevated D-dimer, then I think the answer would be yes.”

In a poll following Spyropoulos’ presentation, attendees were asked about the impact the MARINER results would have on their practice, and responses were mixed. The top answer, given by 46% of respondents, was that their practice would not change. More than one-quarter (27%) said they don’t think the results are conclusive, 14% said they would be more aggressive in prescribing anticoagulation after discharge, 9% said they would be less aggressive, and 4% said they would no longer prescribe anticoagulation for this indication in patients with impaired renal function.

Apixaban May Be Better Choice Than Rivaroxaban for DVT Patients