The results back up what many surgeons already believe, but certain differences between the cohorts are a substantial limitation, an expert says. 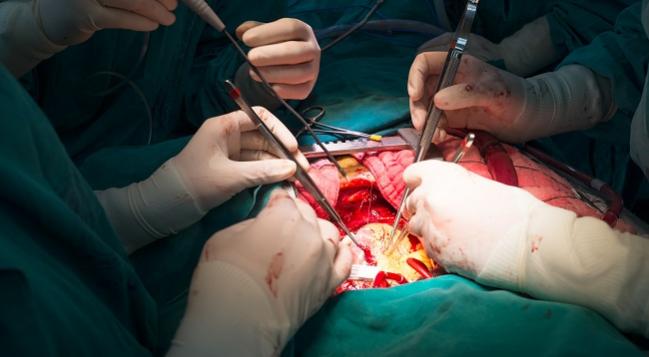 Similar studies in the past have lauded the benefits of the more complex procedure while also highlighting its limited use. But to date, the only randomized prospective trial to address this question—ART—concluded that there was no added benefit of multiarterial grafting versus the conventional single arterial graft over 5 years as well as the potential for increased risk of wound infection in the short term.

ART investigators, who presented the trial results last year at the American Heart Association’s Annual Scientific Sessions, stressed that they still believe the multiarterial strategy, when performed by experienced surgeons, will emerge as the winner long-term.

On the other hand, while there were no differences in 30-day outcomes between the study arms, patients who received multiarterial grafting were more likely to require sternal reconstruction over 180 days than those who received LITA plus vein grafts (RR 1.76; 95% CI 1.10-2.81).

“The long-term benefits consistently observed across multiple outcomes and subgroups support the consideration of [multiple arterial grafting] for a broader spectrum of patients who are undergoing [CABG] in routine practice,” the authors write.

Commenting on the study, Frank Sellke, MD (Brown University, Providence, RI), told TCTMD that while it shows “what most of us believe—that there is benefit from multiarterial grafting,” the implications of this analysis are limited given the patient population. He pointed to the substantial baseline differences between the study groups such as patient sex as well as ejection fraction, history of heart failure, peripheral vascular disease, COPD, and moderate/severe anemia. Given those differences and what researchers already know from previous studies, patients in the LITA plus vein grafts arm could be expected to have worse outcomes regardless of the type of CABG they received, he said.

“Now, they did a lot of fancy statistical tests, but I think this demonstrates some of the shortcomings of using retrospective propensity analysis,” Sellke observed. Additionally, these studies cannot shed any light on unexamined factors like bypass graft quality, calcification, and patient compliance and frailty, even though these constraints have “major impacts on outcomes after heart surgery.”

Operators tend to use multiple arterial grafts only when patients have a long life expectancy, Sellke said, adding that only about 10% of US patients receive this kind of CABG. The reasons for this, he explained, are the lack of hard data showing a benefit with it over standard single-artery grafting as well as the fact that completing multiple grafts is “somewhat inconvenient.

“I hate to say that, but it takes some effort to take both mammary arteries down or the mammary artery and the radial artery, or both of those. It adds time to the operation. If there’s not that much perceived benefit, a lot of surgeons simply don't do it,” Sellke said.

The ART trial investigators are planning to follow their patients out to 10 years, with results from that time point expected within the next couple of years, he noted. If those “show a clear benefit, [multiarterial grafting] will catch on to a much greater extent.” For now, Sellke acknowledged, while “there are strong advocates for multiple arterial grafting, . . . we’re just going to continue doing things the way we're doing them until we have convincing evidence otherwise.”