Statins appear to slow the pace of stenosis, while also leading to a greater progression of calcified atheroma volume, suggesting stabilization. 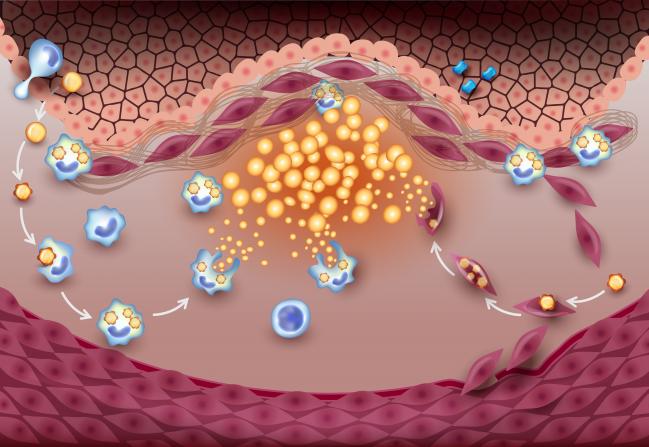 Statins might not prevent coronary artery lesion severity from progressing over time, but they do hinder overall atherosclerosis volume while increasing plaque calcification and, hence, stability, according to new observational data.

“Our study provides a body of context that has not been available previously for interpretation of serial CTA and provides insight into the natural history of both vulnerable and calcific plaque,” write the study authors led by Sang-Eun Lee, MD, PhD (Yonsei University Health System, Seoul, South Korea). “Importantly, CTA was able to effectively measure the impact of statin use on decreased progression of subclinical atherosclerosis.”

Published online this week ahead of print in JACC: Cardiovascular Imaging, the PARADIGM study, conducted at 13 sites in seven countries, included 1,255 patients with suspected or known CAD who underwent serial CTA scanning at intervals of at most 2 years between 2003 and 2015. Overall, 3,575 lesions were analyzed—69.8% in patients taking statins—and the average stenosis severity per lesion was low at 13.6%.

People taking statins had higher percent atheroma volumes as assessed at the first CTA scan than did those not taking statins at baseline (14.4 vs 10.9 mm3; P < 0.001). Over time, however, statins appeared to slow the pace of stenosis, such that patients on statins saw less of an increase per year in percent diameter stenosis than did those not taking these lipid-lowering drugs (1.5% vs 1.9%; P = 0.009).

Notably, the same proportion of lesions from the statin-taking and statin-naïve patient cohorts progressed to more than 50% diameter stenosis (1.0% vs 1.4%; P < 0.05).

“The strengths of the current study include not only the large sample size and long follow-up duration, but also the methodology of examining lesion-specific changes over time in a population with relatively lower risk by quantitatively analyzing the entire coronary tree using a noninvasive imaging modality,” Lee and colleagues write.

“Taken together, our results suggest that interpretation of calcium progression should be stratified by statin treatment, as increasing coronary calcification in statin-taking patients may represent stabilization of atherosclerotic lesions,” they continue. “Even further, inducing calcification of plaques may be one of the mechanisms by which statins exert a positive effect in reducing the risk of major adverse cardiovascular events.”

Patients “tend to gravitate” toward their percent stenosis measurement to understand their risk, “but in reality, it's the instability of the plaque that really matters,” Miedema explained. What the PARADIGM study reinforces is that statins decrease plaque instability by increasing calcification, which “isn't a worse thing as far as we can tell. It's actually a better thing.”

The one potential complication is that increased calcification due to long-term statin use could “complicate the assessment” of calcium score testing, he observed. “If somebody has been on statin therapy for years and years and they get a calcium score and it's a little bit elevated, it's hard to know what their score would have been without statin therapy. So, it's a little bit harder to interpret that scan, but that's a pretty minimal issue for the most part.”

Statins won’t fix everything, Miedema acknowledged. Specifically, they don’t appear to stop plaque from progressing. “We definitely clinically see patients that end up with a stent on statin therapy. It doesn't cure everything necessarily, but it does seem to do a good job of reducing the risk for those big, bad plaque rupture events, which are the ones we worry about the most.”

Going forward, he said he would like to see if newer cholesterol medications like PCSK9 inhibitors have a similar effect on plaque volume and calcification. “There's always been some kind of theory that statins have pleiotropic effects—effects beyond their LDL-lowering—and in my opinion, the data seems consistent that it's mainly through the LDL-lowering that these effects happen. So, I'm not sure there are other effects of statins, but it would be interesting to see.”