In this VA analysis, there was a mortality benefit with staged PCI, but given the observational nature of the study, experts say more research is needed. 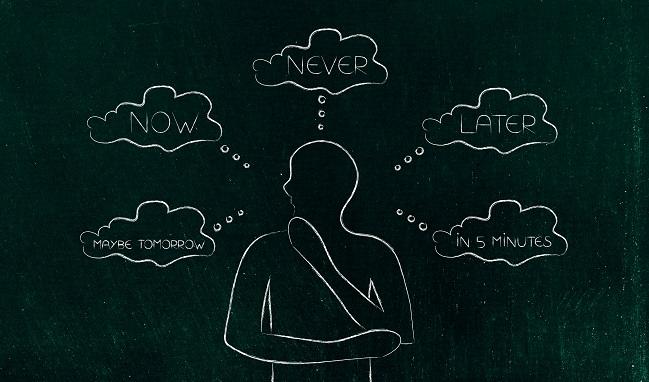 The decision to perform staged PCI or complete revascularization during a single session to treat multivessel coronary artery disease appears driven not by patient or procedural characteristics but instead by wide variations in physicians’ practice patterns, according to the results of a new study.

But in an intriguing incidental finding, the study also showed staged PCI for multivessel coronary artery disease was associated with a reduction in mortality when compared with one-time coronary revascularization, a finding at odds with other studies in this space. The researchers caution, however, that the findings are simply observational and “almost certainly confounded” by the site-level variations in practice.

“We looked at the hard outcomes almost as a secondary issue in our analysis, mainly because we were so worried about how much confounding there is in these comparative analyses,” senior investigator Sunil Rao, MD (Duke University Medical Center/Durham VA Medical Center, NC), told TCTMD. “I would not hang my hat on any of the hard outcomes. They’re interesting, they’re hypothesis-generating, and they certainly set the background for some of the randomized data that will be coming out in the next couple of years, but we really should not be using this to guide clinical practice.”

James Blankenship, MD (Geisinger Medical Center, Danville, PA), a past president of the Society for Cardiovascular Angiography and Interventions, said this is the first analysis to suggest a difference in mortality with staged PCI over one-time complete revascularization. Like Rao, though, he cautioned against making too much of this finding given the observational nature of the study. “I think that it will be really good to do a randomized trial,” Blankenship told TCTMD. “The mortality finding is very, very surprising. I would not have predicted any difference at all.”

The data suggesting it may be safer to perform a staged procedure provides physicians and researchers with the ethical imperative to complete a randomized controlled trial comparing the two strategies, said Blankenship.

One such study is nearing completion. The Complete vs Culprit-Only Revascularization to Treat Multivessel Disease After Early PCI for STEMI (COMPLETE) trial, a 4,052-patient study by led by Shamir Mehta, MD (Population Health Research Center, Hamilton, Canada), is expected to be presented in 2019. Mehta, who wrote an editorial accompanying the current study, says the variation in individual cardiologists’ practice patterns is “probably a direct consequence of the scant evidence base for a one-time versus staged-PCI approach.” Such variability is typically seen in areas of medicine when strong evidence isn’t available.

In fact, PCI of the nonculprit lesion in STEMI patients is only a class IIb recommendation in the 2015 American College of Cardiology/American Heart Association/Society for Cardiovascular Angiography and Interventions focused update, and there are no recommendations on the ideal timing of nonculprit lesion interventions in NSTEMI or stable coronary artery disease, writes Mehta.

Mehta also notes that the optimal timing of a staged procedure is also not yet known. COMPLETE and the FULL-REVASC trial, which is using fractional flow reserve to guide PCI of the nonculprit lesion during the index hospitalization of 4,052 patients with STEMI or high-risk NSTEMI in the SCAAR registry, will provide more randomized trial evidence. But if there is an advantage with staged PCI, “then further randomized trials comparing timing would certainly be warranted,” according to Mehta.

The study and editorial were published online November 19, 2018, ahead of print in JACC: Cardiovascular Interventions.

Analysis of the VA CART Program

In the analysis of 7,599 patients treated at 61 sites in the Veterans Affairs Clinical Assessment, Reporting, and Tracking (VA CART) program, 36.1% underwent staged PCI and 63.9% underwent one-time multivessel revascularization. To be included in the staged-PCI group, patients had to undergo a subsequent PCI of a diseased coronary artery within 60 days of the index procedure.

Patients with chronic kidney disease were more likely to undergo a staged procedure, as were patients with three-vessel disease and those with STEMI. Overall, staged PCI was associated with a 22% lower risk of mortality compared with the one-time multivessel revascularization. In a subgroup analysis, staged PCI was also associated with a 27% reduction in mortality in ACS patients, a 26% reduction in death in NSTEMI patients, and a 69% reduction in mortality in the small number of STEMI patients (n = 367).

In the VA study, the researchers aimed to analyze the extent of unmeasured variation at the site level using reference effect measure (REM) methods. This allowed them to quantify the extent of variation not accounted for by the measured patient or site characteristics. They observed wide REM ranges for unmeasured site and procedural characteristics. These wider REM ranges indicate a greater difference in the probability of having the staged procedure based on factors of interest and suggest a larger contribution to the procedural decision, say researchers.

“Observational studies provide value in terms of looking at practice patterns, but when you’re trying to look at outcomes it’s very complicated outside of a randomized trial,” said Rao.

For example, if a physician is treating a lesion in the left coronary artery and there is another lesion in the circumflex artery, he or she may treat the second lesion given that a guide catheter is already in place. Conversely, if there is a lesion in the left anterior descending artery and another in the right coronary artery, physicians would be less likely to treat the second lesion given the need for a second guide catheter. Such decision-making, said Rao, “doesn’t get captured in the observational data sets.”

Blankenship said there are several clinical scenarios favoring delayed PCI, as he and others outlined in a 2013 SCAI consensus statement on ad hoc PCI. Some of those scenarios include high-risk and/or complex anatomy in patients with stable coronary disease, excessive use of contrast or radiation during the diagnostic procedure (or anticipated use during PCI), uncertainty regarding the extent of symptoms in patients with stable ischemic heart disease, complications, and operator fatigue, among others.

Some of the site variation might be explained by operator experience, technical skill, or historical precedent, said Blankenship. “More experienced operators are used to doing things more efficiently,” he said. “Common sense might suggest that an experienced operator would tend to get everything done in one session because they can do it quicker. Somebody who is less experienced and less certain might tend to perform PCI in multiple sessions.”

An outlier is CULPRIT-SHOCK, which found a higher risk of adverse outcomes with immediate revascularization of all significant nonculprit lesions at the time of culprit-lesion PCI in STEMI complicated by cardiogenic shock.

To TCTMD, Rao said there are theoretical advantages of complete revascularization, as well as obvious risks. “It’s more stents, it’s more contrast, it’s a longer procedure, and all of those things set the patient up for more procedural complications,” he said. “I think that’s one of the reasons why the COMPLETE trial as well as some of the others have been done is to try to get at the way that risk-benefit balance tips.”

Complete Revascularization for STEMI the Way to Go Even Though Evidence Isn’t Definitive: Meta-analysis