In diabetic patients with multivessel CAD, the SYNTAX score was not an independent predictor of hard clinical events in those receiving CABG. 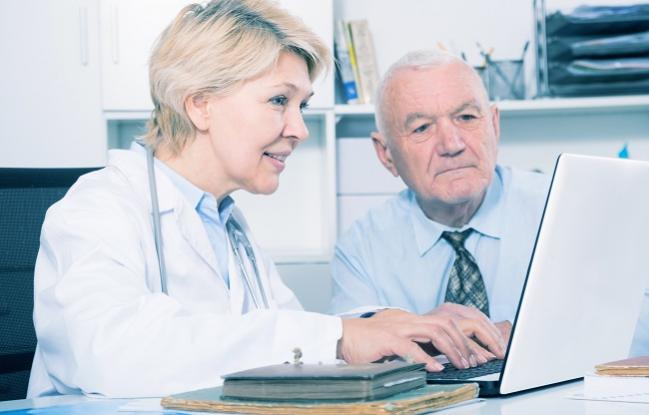 For diabetic patients with multivessel coronary artery disease, CABG surgery should be the preferred revascularization over PCI regardless of the SYNTAX score, according to the results of a new study.

In an analysis of patients in the FREEDOM trial, the SYNTAX score predicted major adverse cardiovascular and cerebrovascular events (MACCE) in patients with type 2 diabetes and multivessel disease undergoing PCI, but not in patients treated surgically. In other words, the SYNTAX score did not identify FREEDOM patients in whom PCI was superior to CABG surgery and “should not be utilized to guide the choice of coronary revascularization in patients with diabetes mellitus and multivessel coronary artery disease,” say researchers.

“We tried to look at the predictors of who had a better outcome, and in the bypass patients the SYNTAX score really didn’t make much difference,” Michael Farkouh, MD (University of Toronto, Canada), a co-principal investigator of FREEDOM, told TCTMD. “The SYNTAX score didn’t drive outcomes. It did somewhat in the PCI group, but not in the comparison with PCI versus CABG. It had only a modest impact. So what this tells us if we’re going to make a decision to perform PCI or CABG, the SYNTAX shouldn’t be driving the decision.”

Farkouh noted that results from the Synergy Between PCI With Taxus and Cardiac Surgery (SYNTAX) trial suggested the score could be used to estimate risk associated with PCI in patients with left main or multivessel coronary artery disease, and that it might also be used to select patients who could achieve clinical outcomes with PCI similar to those that would be predicted with surgery.

“But that’s not what we saw here,” said Farkouh.

The analysis, with lead author Rodrigo B. Esper, MD, PhD (Heart Institute of the University of São Paulo Medical School, Brazil), was published online ahead of print this week in the Journal of the American College of Cardiology.

In an editorial, Paul Fedak, MD, PhD (University of Calgary, Canada), Deepak Bhatt, MD (Brigham and Women’s Hospital, Boston, MA), and Subodh Verma, MD (St. Michael’s Hospital, Toronto, Canada), state that the newest FREEDOM analysis is “very important and clinically relevant,” noting that the “considerable data showing the superiority of CABG in diabetes is difficult to ignore.” They add that the “optimal revascularization strategy for diabetic patients with multivessel disease is CABG, and it should always be entertained as the preferred strategy.”

Like Farkouh, the editorialists say “the SYNTAX score should not be applied in this specific decision-making process.” They point out that the most recent clinical guidelines from the European Society of Cardiology/European Association for Cardiothoracic Surgery, which were published just a few months back, recommend CABG for patients with diabetes and multivessel disease regardless of SYNTAX score.

Other Factors, Not SYNTAX, Should Drive Decision

In the National Heart, Lung, and Blood Institute-funded FREEDOM trial of 1,900 patients with diabetes and multivessel coronary artery disease, which was published in 2012, surgery was associated with a significantly lower risk of all-cause mortality, nonfatal MI, and nonfatal stroke at a median of 3.8 years compared with PCI. Longer-term follow-up out to 7.5 years in 943 patients showed CABG surgery retained a significant survival advantage compared with PCI.

In the latest study, the researchers sought to determine if a subset of FREEDOM patients, such as those with lessened lesion complexity, might fare as well when treated with PCI as with CABG surgery. The SYNTAX score, which is recommended by US and European guidelines to help make decisions about the optimal revascularization strategy, was calculated retrospectively by scoring all coronary lesions 1.5 mm or longer with a diameter stenosis ≥ 50%.

In the PCI- and CABG-treated patients, the mean SYNTAX score 26.2 and 26.1, respectively. Among those who underwent PCI, the SYNTAX score was an independent predictor of the 5-year risk of MACCE (all-cause mortality, nonfatal MI, nonfatal stroke, and need for repeat revascularization) and hard cardiovascular events (all-cause mortality, nonfatal MI, and nonfatal stroke). The SYNTAX score, however, was not an independent predictor of MACCE or hard cardiovascular events in the CABG arm.

SYNTAX Score Can Be Helpful in PCI and CABG Choices

Ajay Kirtane, MD (NewYork-Presbyterian/Columbia University Irving Medical Center, New York, NY), who was not involved in the study, said FREEDOM is one of the largest trials comparing PCI against CABG surgery and these newest data deserve to be taken seriously. “My stance on patients with multivessel disease and diabetes is that we do take them off the table and discuss the options with them,” and this includes a full surgical consultation to determine if they are candidates for bypass, he said.

There are other factors playing a role in making the revascularization decision, but the SYNTAX score should not be the driver. Michael Farkouh

In the absence of diabetes, the SYNTAX score plays a considerable role in the decision-making process for patients with multivessel disease, with PCI tending to be a more viable option in patients with low-to-intermediate scores, said Kirtane. At present, though, “it’s not entirely clear to what extent diabetes independent of the SYNTAX score changes the dynamic,” he said. Nonetheless, the complexity of multivessel disease in the diabetic patient does factor into their decision-making process, said Kirtane.

“If we see more diffuse disease, there are cases that may favor surgery, but in some instances the surgeons may feel the native arteries are not good conduits and they might say no, that surgery isn’t a good option,” said Kirtane. “I personally think it does make a difference for both the consideration of PCI and for surgical consideration in terms of graft adequacy,” he added, noting that MACCE rates (and hard clinical event rates) were highest among individuals with the highest SYNTAX scores.

For his part, Farkouh said that instead of the SYNTAX score, other clinical measures, such as age, should be used to help physicians make the appropriate revascularization decision. “We’ve seen in the FREEDOM long-term study an interaction with age,” he said, noting that there was a significant mortality benefit among younger CABG-treated patients. The patient’s risk of stroke, for example, might be used to select out FREEDOM-like patients for PCI.

“There are other factors playing a role in making the revascularization decision but the SYNTAX score should not be the driver,” said Farkouh. “Even in patients with a low SYNTAX score—less complex multivessel disease where the LAD is involved—there is a still more of a benefit with surgery.”