Full results for a trial first presented at the ACC 2018 meeting have now been published, amid signs that combo-therapy approaches are gaining ground. 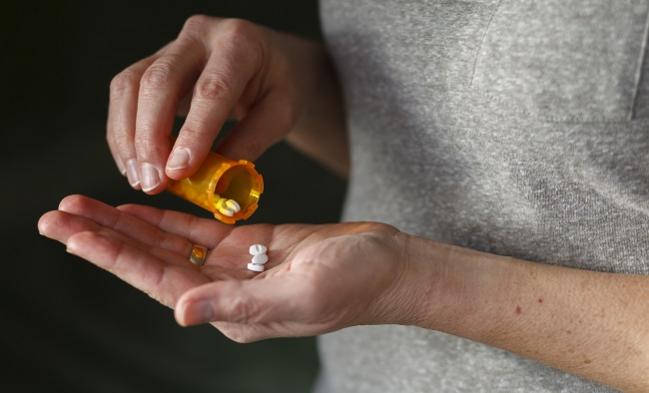 The TRIUMPH trial, showing that a polypill combining three low-dose hypertension medications can achieve better blood pressure-lowering than standard care, has now been published in JAMA.

Current guidelines typically recommend monotherapy for stage 1 hypertension, with uptitrating as needed, and dual therapy only for patients with blood pressure > 20/10 mm Hg above target. Triple therapy is reserved for patients who remain uncontrolled on maximal dual therapy.

The published TRIUMPH results closely echo those presented in Orlando, FL. Conducted in Sri Lanka, the trial randomized 700 patients with hypertension to usual care or to a polypill that combined telmisartan 20 mg, amlodipine 2.5 mg, and chlorthalidone 12.5 mg. At baseline, mean blood pressure among trial participants was 154/90 mm Hg, 58% were women, and 29% had diabetes.

After 6 months 70% of patients randomized to the polypill reached blood pressure targets compared to just 55% with usual care (P < 0.001). Mean systolic/diastolic BP at 6 months was 125/76 mm Hg for the triple combination pill, significantly lower than the 134/81 mm Hg in the usual-care group. Adverse events occurred to a similar degree in both groups, and the rate of serious adverse events and trial withdrawals due to events was low in both groups, hovering just above 6%.

Presenting the results back in March, Webster said that while TRIUMPH was in many ways tailored to the Sri Lankan population, “it strongly supports a strategy of early use of low-dose triple therapy, in all settings. The most urgent need now is effective implementation and scale-up, not just in low- and middle-income countries with the greatest disease burden, but even in countries such as the US . . . where you still have pockets in high-income countries where targets are not being reached.”

This week, contacted again by TCTMD, Webster said that while it’s “early days” for a study like TRIUMPH to have had an effect on prescribing patterns, there are some encouraging signs. “The new European Society of Hypertension guidelines, when they are released this month will be moving forward to acknowledge that the majority of people with hypertension will benefit from starting with at least two drugs,” Webster said in an email. “This is an incremental change which is very positive.”

Moreover, the Resolve to Save Lives initiative—which is aiming to preventing 100 million deaths from cardiovascular disease—is promoting initial use of dual combination, Webster noted, with early titration to triple therapy, “which is also positive.”

But, she continued, “changing doctors’ prescribing behavior is challenging, and I think there is more to be done in this space.”

Other trials are already underway looking at other low-dose, multidrug combinations, most notably the QUARTET and QUARTET USA trials based on a small, Australian pilot study of the “quadpill,” led by investigators out of the same institute as TRIUMPH.

According to Mark Huffman, MD (Northwestern University Feinberg School of Medicine, Chicago, IL), who is lead author on an editorial accompanying Webster et al’s study and co-PI for QUARTET USA, it is increasingly understood that the strategy of starting with a single drug and titrating to maximum dose before starting a second class of medications is not the best for efficacy, nor safety.

While Huffman and colleagues, in their editorial, caution readers about important trial limitations to TRIUMPH, including the Sri Lankan setting and the use of “usual care” as a comparator, Huffman told TCTMD he believes lower-dose, combination pills “will be an important piece of the puzzle to improve blood pressure control” on a global scale.

There are other pieces to consider, however. “There will definitely have to be concurrent tightening of the health system to make sure that patients get their diagnoses properly, that they can access medication, that it’s affordable, and that they can access necessary support that are components of high-quality systems of care that have demonstrated high levels of blood pressure control,” he said.

Huffman gave the example of Kaiser Permanente of Northern California, which—as he and his co-authors also point out in their editorial—improved BP control among beneficiaries from 44% to 80% between 2001 and 2009 using the 2-drug fixed-dose combination of lisinopril and hydrochlorothiazide as part of a large-scale, multifaceted hypertension control program.