Some call for CMS to set blanket coverage throughout the US, but others say this could negatively impact a system that isn’t “broken.” 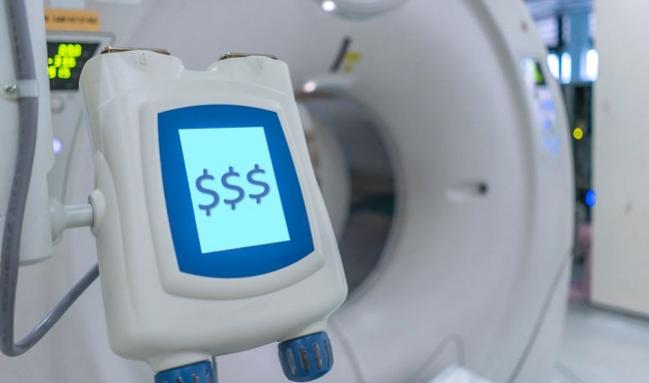 GRAPEVINE, TX—Cardiac CT remains underused and inconsistently reimbursed despite plenty of evidence to support a role for this imaging in situations where it has the most to offer, according to experts who spoke last week during a dedicated advocacy session at the Society of Cardiovascular Computed Tomography (SCCT) annual scientific meeting.

To combat inconsistent reimbursement and encourage usage, some say it’s time for the US Centers for Medicare & Medicaid Services (CMS) to issue national coverage determination (NCD) for cardiac CT. But others worry about the potential for “red tape” and unintended consequences.

Session co-moderator Leslee Shaw, PhD (Weill Cornell Medical College, New York, NY), who spoke on the topic of “value-based” imaging, noted that the movement is in its infancy, since clinicians and institutions have, until recently, used cardiac CT imaging with more of a focus on volume than on prioritizing cost-effectiveness and seeking out add-on information to improve diagnostics and guide care.

Today, both clinicians and institutions are beginning to put in place systems that prioritize appropriateness and efficiency with cardiac imaging, bringing CT into the mix, but in many institutions the diagnostic evaluation algorithm for stable chest pain, for example, is “abysmal,” Shaw said.

Citing National Cardiovascular Data Registry numbers showing that as many as 59% of patients sent for stress imaging don’t have obstructive CAD, Shaw said “we have an outdated strategy that is drastically in need of revisions. We should be screaming up and down the aisles of our hospitals and crying for new approaches than what we currently have here.”

We have an outdated strategy that is drastically in need of revisions. We should be screaming up and down the aisles of our hospitals and crying for new approaches than what we currently have here. Leslee Shaw

Further, she continued, only about 10-20% of patients who are found to have ischemia on a stress test report starting or intensifying anti-ischemic therapies and “very few” are referred for cardiac rehab or exercise. “There’s a failure to guide care,” Shaw observed. “Is it because people don’t believe the results? I don’t know. But we fundamentally have an advantage that's appropriate in guiding preventive lifestyle modification and management strategies with CT angiography.”

Studies have shown that results of CT angiography, more than other diagnostic tests, appear to motivate physicians and patients alike. “If I’m betting, it’s largely due to the presence of atherosclerosis, similar to the calcium data, showing that knowledge of a disease base actually elicits a greater adherence and compliance to therapy,” Shaw said.

While the field might need to do a better job of lowering the rate of catheterizations following CT by potentially implementing selective ischemia testing or using fractional flow reserve (FFR) in some patients, Shaw argued that currently cardiac CT has the “highest quality of evidence” and “provides a lot of high quality at reasonable cost.”

To date, CMS has never ratified an NCD for anything related to cardiac CT. Instead, local coverage determinations (LCDs) have been put in place for about half of the country, with remaining states being subject to inconsistent reimbursement from both CMS and many private insurers, since the latter often follow suit with the former. Just how much that private reimbursement varies between jurisdictions remains a sticking point for providers.

Medicare added specific codes for cardiac CT in 2010 for evaluating coronary calcium, structural heart disease, and congenital heart disease, as well as for coronary CT angiography in the setting of coronary artery disease. Codes related to applications for FFR-CT were added in 2018.

Discussing the current trends with regard to reimbursement for CT imaging in the US, session co-moderator Dustin Thomas, MD (San Antonio Military Medical Center, TX), explained that while Medicare rates are published annually, “private payer rates are not made public and are difficult to ascertain.” What’s more, a number of related resources such as staffing costs, medical supplies, and durable equipment used during cardiac CT are not always reported or covered appropriately, driving up costs.

As such, he continued, imagers have “an opportunity to educate our administrative officers a little more completely” about ways to boost reimbursement for cardiac CT.

In another presentation, Ronald Karlsberg, MD (Cardiovascular Research Foundation of Southern California, Beverly Hills), argued that with results from the PROMISE and SCOT-HEART trials, which showed an increased capacity to diagnose coronary heart disease in patients with stable chest pain when coronary CT is added to standard functional testing, “there’s no question” that there is sufficient evidence for an NCD. However, he added, there are potential downsides that come along with an NCD, including the possibility for a negative decision—certain procedures may be excluded—as well as the amount of “red tape” that needs to be negotiated when a determination warrants changing.

“There's a rapid change in our technology,” Karlsberg said. “We're in an era now of looking at replacing invasive angiography . . . and so we may be in a position like the pacemaker people for many years of having to adopt practices that the NCD considers outside of the evidence base.”

He also cautioned against unintended consequences, saying: “Are we really trying to fix something that isn’t broken in an attempt just to influence private payers?”

Regardless, Karlsberg said he feels that it is time for an NCD, and audience members from the session seemed to agree. About half of the room raised their hand to say they would be in favor of one, while only a handful indicated that they would be opposed.

Speaking with TCTMD after the session, Thomas said he is still undecided. “There’s still a lot of homework that we have to . . . with respect to the plusses and minuses of a national coverage determination. I think certainly the plusses would be not having to worry about LCDs that come and go and failed coverages for things that we do every day, . . . but at the same time, certainly we have to keep in mind that CMS in general has been pretty favorable to cardiac CT from a reimbursement perspective. There's always that ‘if it ain't broke, don't fix it’ kind of thing.”

From a data perspective, “we are in a great place,” Thomas added. “It's certainly on par if not stronger than all other imaging modalities.”

He was not surprised by the results of the informal vote taken during the session, commenting that “the people in this room know the data very well and for a long time have grown tired of having to fight against the various payers and insurance entities in order to get a test.” While many agree that CT is superior to functional testing and say it might make sense that it should be covered nationally, he added, the NCD process “is fickle and certainly something we're going to look at very hard.”

As we start to transition to value-based reimbursement nationally with some of the MACRA initiatives, then I think the opportunity for CT to really take off will be there. Dustin Thomas

Shaw is also unsure about the need for an NCD. There might be enough evidence to warrant one, she told TCTMD in an email, “but, it is always a challenge. . . . Washington is a tough place, and not all of the NCDs are positive. So, the short answer is: we hope so. I just hope that our compilation of trial evidence is sufficient. I certainly think that it is.”

For now, Thomas said, “we just have to keep engaging at the local level, in addition to the efforts nationally with the SCCT, to try to grow our coverage, grow our reimbursement to levels that are sustainable in our current model, and I think as we start to transition to value-based reimbursement nationally with some of the MACRA initiatives, then I think the opportunity for CT to really take off will be there.”

Less Stroke With PCI at 5 Years, but CABG Risks Front-loaded in First 30 Days

Is Your Interventional Career the Scourge of Your Musculoskeletal System? 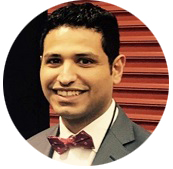