The first day of the World Congress of Cardiology & Cardiovascular Health brought a focus on prevention and women’s health. 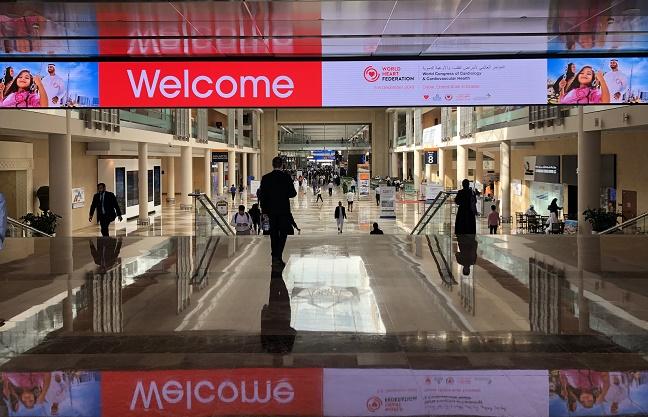 DUBAI, United Arab Emirates—In this gleaming, fast-growing city in the Middle East, a region expected to see a rapid rise in CVD burden over the next decade, the 2018 World Congress of Cardiology & Cardiovascular Health opened with messages about the importance of prevention and a focus on women’s heart health.

During an opening ceremony visited by a member of the royal family that rules Dubai and the head of the Dubai Health Authority, David Wood, MBChB (Imperial College London, England), president of the World Heart Federation (WHF), spoke of the ongoing global initiatives to combat CVD as part of the larger effort to control noncommunicable diseases (NCDs).

He noted that ambitious goals to provide a 30% reduction in premature mortality from NCDs by 2030 “can only be achieved by a substantial reduction in cardiovascular disease, in heart attacks and strokes.”

Mortality rates from CVD are dropping around the world, but the total burden is increasing, particularly in low- and middle-income countries, where the probability of dying after an MI is four to five times higher than in high-income countries, Wood said.

We know the causes. Prevention is the only answer. David Wood

“In our 40th anniversary year, we can celebrate the contribution of our leadership—and several of our past presidents are with us today—to improve cardiovascular health through the work of our members for countless people around the globe and to strengthen our resolve to continue our fight for prevention and control of cardiovascular disease, working hand in hand with the whole circulatory community,” he said. “We know the causes. Prevention is the only answer.”

Valentin Fuster, MD, PhD (Icahn School of Medicine at Mount Sinai, New York, NY), carried on the theme of prevention in another talk focused on the integration of science, health, and education. 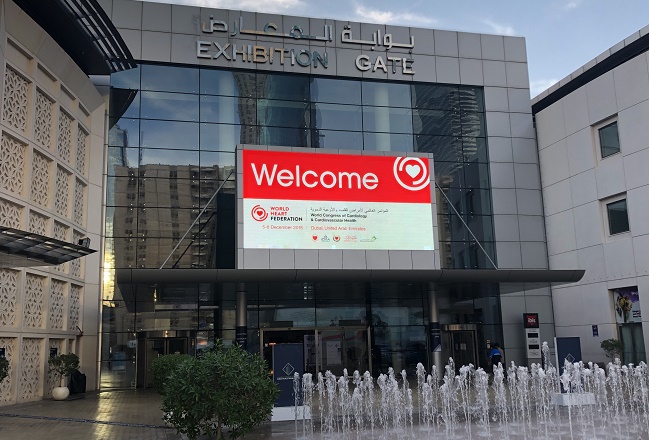 Fuster described how his work with the American Heart Association (AHA) and WHF—he was president of both organizations—caused him to realize the importance of motivating young people for research and to shift his focus from disease to health, eventually becoming convinced that CVD could be prevented by educating children about their health.

He reviewed various research projects showing that it is, in fact, possible to design interventions that have a beneficial impact on children’s health.

“One of the most important strategies if we want to promote health is to pay attention to the children,” Fuster concluded. “This is the best window of opportunity.”

One of the most important strategies if we want to promote health is to pay attention to the children. Valentin Fuster

In a keynote address, Magdi Yacoub, MD (Imperial College London), looked back to ancient Egypt to provide a perspective on how the problem of CVD should be tackled in modern times. He evoked Maat, the goddess of truth and justice, saying that science represents the search for truth and global health represents justice.

There has been progress in the science and practice of cardiology, which should be celebrated, but there also is a need to look critically at remaining challenges, he said.

That message of collaboration could also be heard in the opening presentation of the 6th International Conference on Women, Heart Disease, and Stroke, co-sponsored by the AHA and WHF and held in conjunction with the World Congress.

Starting off a slate of presentations addressing risk and awareness, societal and medical practice issues, management strategies for various conditions, and special situations relevant to women, Kathryn Taubert, PhD, vice president of international science for AHA International and former chief science officer for WHF, set the stage for the day of talks by noting that even though CVD had been known as a disease of men for years, about half of all deaths due to CVD occur in women.

Many women don’t realize that CVD is the leading cause of death in women, and many of those who do realize it don’t think it’s the top threat to them, Taubert noted.

But issues related to women’s heart health go beyond awareness, she pointed out. Risks of heart disease and stroke are often underestimated in women because of the idea that they are protected, she said. Also, because of differences that can occur in the clinical presentation of CVD, women can be subject to inadequate diagnosis and delayed referral for hospitalization or treatment.

Better self-awareness among women in terms of their cardiovascular risk factors and symptoms can improve early detection, Taubert said, highlighting the role initiatives like the AHA’s Go Red for Women have played in improving mortality and morbidity rates in US women over the past two decades.

She stressed the importance of partnerships in improving women’s heart health, saying that no one organization can do it alone.

“We need to educate women around the world of the magnitude of their risk of cardiovascular disease and of the actions that they can take,” Taubert said. “We also need to continue to educate the medical community so there’s not this disparity at the point of care.”