Burmese physicians living overseas are watching the turmoil in Myanmar hoping the mistakes of 1988 won’t be made in 2021. 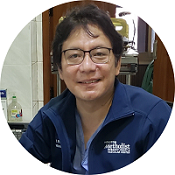 In late January, a close friend from Naypyidaw, the capital of Myanmar, sent out a message over Viber: “The Event” was about to occur. That was the code word for what we’d been dreading—a military coup d’état unfolding in the country of my birth. A few hours later, many of my close friends now working in diverse fields confirmed the worst: the military had taken over all three branches of government for “emergency reasons,” with State Counsellor Daw Aung San Suu Kyi and President Win Myint placed under house arrest.

I myself am an interventional cardiologist now, at Houston Methodist Hospital in Houston, TX. But for all these old colleagues and friends—now professors and consultants, entrepreneurs, a music producer, a photographer—calling and messaging in a panic to confirm what was going on, this was déjà vu. We all went to the Institute of Medicine in Rangoon, Burma, in the 1980s and witnessed firsthand the military takeover of 1988.

I was born in Pyin Oo Lwin in Northern Myanmar in 1968 when the Beatles were recording the White Album. To be exact, the song “Revolution 1” was overdubbed on the day I was born. Some of my friends used to tease me that I am a “B-side guy” since it was on the B side of the megahit single “Hey Jude.”

I remember little of my high school years, other than chasing girls and playing soccer. When I enrolled in the Myanmar Medical School, rock piano and tennis replaced soccer as chief pastimes. My carefree outlook on life changed, however, when I saw a video clip of angioplasty at a medical conference in early 1988 and I realized for the first time that coronary angioplasty could be the future treatment for heart attack. I lost both of my grandfathers to heart attack in the early 1960s and knew at once that I wanted to learn that technique and be a cardiologist.

In early 1988, what was then Burma was a socialist state, and cardiology services were rudimentary. Rangoon General Hospital (now Yangon) had a basic cardiac catheterization lab for right heart catheterization and pacemaker implantation; the standard of cardiothoracic surgery was relatively better with a few cardiac surgeons skilled in mitral valvotomy for rheumatic mitral stenosis. But the standard of medicine being practiced was by no means backwards: we had international experts in the fields of tropical medicine pioneering usage of artemisinin (sweet wormwood) derivatives for treatment of cerebral malaria and synthesizing the world’s first king cobra antivenom. Almost all the professors at our medical school were UK- or US-trained, and visiting teams from London, Oxford, and Edinburgh routinely held workshops and seminars. My plan was simple: finish medical school and go to the UK or the United States to pursue cardiology training and come back to my medical school as a faculty.

That dream was broken when the medical colleges were closed following the 1988 military takeover. The opposition party National League for Democracy (NLD) of Daw Aung San Suu Kyi emerged, but for years, the opportunity for the military junta and the NLD to negotiate were squandered, the schism widened, gridlock persisted, and by the time I and my friends graduated from the medical school in the mid-90s the junta oligarchy was fully in charge.

Let me paint a picture of what this meant for the dreams of new doctors like me. The military junta decreed that all fresh graduates must serve the government of the junta, something we’d certainly never agreed to upon entering medical school. None of us wanted to delay our plans to further pursue our studies internationally. Most importantly, we didn’t want to serve the illegitimate government that was so radically mismanaging the country we loved.

A handful of us decided to leave by any available means. I went to the UK where I went through the hoops that ultimately allowed me to sit for the US Medical Licensing Exam. It worked. I got matched to Baylor College of Medicine in Houston was able to train under renowned cardiologists William Zoghbi, MD, Miguel (Mike) Quiñones, MD, Albert Raizner, MD, and Neal Kleiman, MD, to mention a few. It was more than I could ever have wished for.

It’s impossible to summarize the chaotic politics that have dominated Myanmar since the late ‘80s. Aung San Suu Kyi, who won the Nobel Peace Prize in 1991, spent nearly 15 years under house arrest before her release in 2010. Indeed, General Than Shwe, who led the military junta with an iron fist, put even his closest colleagues and families under house arrest. He eventually came up with an exit strategy: to open the country with the military in firm control and in 2011 the “Myanmar Spring” was born.

I went back to Myanmar in 2010 for the first time since leaving in the early 1990s and was encouraged by what I saw. Due to improved business opportunities and the newly opened culture, cardiology services had improved. I could consult with both government and private hospitals as a volunteer. When I saw that Myanmar lacked an advanced training system in cardiology, I teamed up with a local businessman and cardiothoracic surgeon from St Bartholomew Hospital in London and we drew up a blueprint to establish a cardiac center, with support from Houston Methodist. Today, the heads of both cardiovascular surgery and cardiology at Yangon General Hospital—the flagship teaching hospital of the University of Medicine Yangon—are women. It is likely the only place in Asia where the number 1 cardiology department in the entire country is headed by an all-woman team!

We were encouraged when Suu Kyi won in a landslide election in 2015. Despite her failure to stem or fully acknowledge the Rohingya crisis now under investigation as genocide by the United Nations International Court of Justice, it was starting to seem that Myanmar’s future might be brightening after decades of darkness. Suu Kyi and her NLD party’s second landslide win in 2020 only helped to make that seem more likely.

The current military takeover is a tragic reversal of the events of 1988. While the ‘88 military coup was ostensibly to restore law and order in the midst of an ongoing uprising, this time around it is the coup itself that is putting Myanmar’s faltering steps towards democracy at risk of backsliding—the current uprising is the response.

However, 2021 is not 1988. Thanks to the democratic transition of 2011 onwards, Myanmar is better connected than it was in the past. In protest of the unlawful military takeover, a nationwide civil disobedience movement (CDM) is gathering momentum, refusing to let the military reprise its old habit of grabbing state power by force. What is unique this time around is that Myanmar had been moving in the right direction before the coup and, I fervently hope, will be able to maintain that course. Coup in Myanmar has never produced a good outcome.

What’s next for the country of my birth? If army officers now in power truly care about Myanmar, they will reject the legitimacy of the current coup internally and not by suppressing the civil disobedience movement with excessive force. Coup leaders must be held accountable and offered exit strategies that are acceptable to both parties. Dialogue between the legitimate government led by Daw Aung San Suu Kyi can help lead to the formation of an interim government with a view to abolishing the toxic 2008 constitution while maintaining law and order. Many of us have helped to set up funds for the CDM such as the Myanmar Medical Diaspora, organized by physicians of Myanmar origin now based in the United States, United Kingdom, Jamaica, Australia, Malaysia, Indonesia, and Singapore, where significant numbers of us practice today.

Albert Einstein once observed: Insanity is doing the same thing over and over again expecting a different result. This time around, I hope with the world watching, we can do something different. Only when stability is regained can the physicians, thinkers, artists, and entrepreneurs who left our country decades ago—along with some of my soccer friends back in high school, some of whom are now senior officers of the Myanmar Military General Staff—use the skills we have learned abroad to help reinvent our country.

Off Script: Black Lives, COVID-19, Katrina, and Social Justice—Time for Healers to Step Up

COVID-19 Begs the Question: If Medical Meetings Go Virtual, What Do We Gain and Lose?