The manufacturer of two not yet FDA-approved TAVR devices is buying the company making the only FDA-cleared embolic protection tech for TAVR. 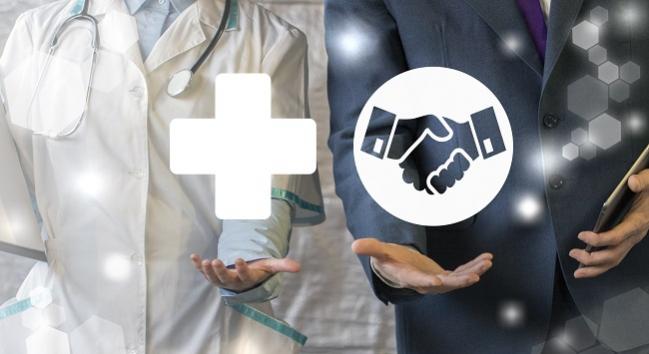 The manufacturer of two transcatheter aortic valve technologies that have yet to get US Food and Drug Administration (FDA) clearance announced today that it plans to purchase the company that makes the only FDA-approved cerebral embolic protection device for TAVR.

Boston Scientific, developer of the Lotus and Lotus Edge valves, has agreed to acquire Claret Medical, which makes the Sentinel cerebral protection system.

According to a press release issued by Boston Scientific today, the “transaction price consists of $220 million in up-front cash, as well as a potential reimbursement-based milestone payment of up to $50 million.”

Both the next-generation Lotus Edge valve and the Sentinel filter device hold CE Mark in Europe. The Lotus, however, was voluntarily recalled by the company in February 2017 due to a faulty release mechanism required for device deployment. The mechanical issues have been resolved but the “design verification process” has been ongoing, and the company has said it expects to bring the Lotus back to the market in 2019. REPRISE III, which wrapped up last year, is the US premarket approval trial for the Lotus in high/extreme-risk patients. In 2017, Boston Scientific got its hands on another TAVR technology, the Acurate Neo device, with the acquisition of Symetis. The Acurate Neo also holds CE Mark, but is not approved in the US.

The Sentinel cerebral embolic protection system, meanwhile, was cleared by the FDA in 2017.

Despite all of the moving parts and unknowns, the Sentinel acquisition has the potential to shake-up the field. Particularly in the United States, where approvals are still pending, experts have debated the appetite for additional TAVR devices, given the established presence of balloon-expandable and self-expanding TAVR devices manufactured by Edwards Lifesciences and Medtronic, respectively. Boston Scientific ’s acquisition of the only US FDA-approved embolic protection technology might give it an edge, however.

“We believe [Boston Scientific] will bundle the Sentinel device with its TAVR valves (Acurate and potentially Lotus),” Wells Fargo analyst Adam Maeder observed in an equity research note issued today, adding that the company will likely “offer Sentinel at a higher price point for use with competitor TAVR devices.”

Uptake of cerebral embolic protection during TAVR procedures has been mixed, with most operators saying they would use it in most if not all cases—and would certainly want it if they themselves were the patients—if cost were not an issue. That’s despite the fact that the SENTINEL trial failed to meet its primary efficacy endpoint of significant reductions in new brain lesion volume on MRI. The US Centers for Medicare & Medicaid Services has been mulling an expanded “add-on” payment to physicians performing TAVR that would help cover the costs of using cerebral protection. A decision is expected in August.

A spokesperson for Boston Scientific confirmed to TCTMD that Sentinel will be sold separately, to be used “in all TAVR procedures” adding that “Boston Scientific is actively looking at opportunities to integrate the Sentinel device into its commercial strategy.”

There’s also the potential for it to be used beyond aortic valve interventions. Boston Scientific makes the Watchman device, the only nonsurgical FDA-approved device for left atrial appendage closure (LAAC). In the US, current labelling for the Sentinel is restricted to TAVR procedures, “but Boston Scientific sees opportunities for the system indication to be broadened to endovascular procedures, like that of the CE Mark label,” the spokesperson said. These would be mitral valve repair and replacement, LAAC, and pulmonary vein isolation ablation procedures for A-fib, and potentially additional potential indications including thoracic endovascular aortic/aneurysm repair and valve-in-valve procedures.