A forward-looking session at SCCT examined what is needed to boost CT in the cardiology space and to ultimately improve patient care. 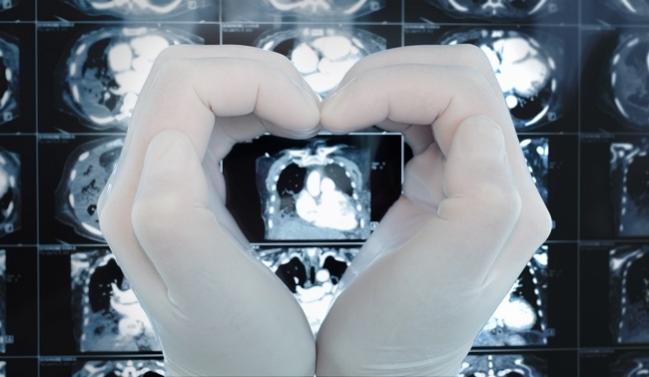 GRAPEVINE, TX—For CT imaging to further advance in the field of cardiology, researchers need to focus more on using CT to improve diagnostic accuracy as well as integrate it into both preventive and treatment strategies, according to a past president of the Society of Cardiovascular Computed Tomography (SCCT), speaking at the group’s annual scientific meeting.

Looking back at the advancements seen with CT technology, “it's just incredible what this tool can bring to patient care,” said Leslee Shaw, PhD (Weill Cornell Medical College, New York, NY), during a session dedicated to exploring the evidence to date and what still needs elucidating. “We've seen tons of trials [and] many more are in the wings, if you will,” she noted. “It’s just a great testimony to the depth of expertise that we have.”

However, even with the data accrued so far, “we have not answered all of the questions needed in order for CT really to become a commonplace procedure,” she observed.

As with other areas of medicine, a major limitation of many prior CT clinical trials is that, owing to a reluctance among physicians to enroll their sicker patients, the populations ultimately studied tend to have less obstructive disease and lower rates of coronary disease, death, and MI compared with real-world observations, Shaw explained. “This is problematic if we're especially looking for superiority of a given strategy or not.”

First off, Shaw suggested that research needs to better elucidate how anatomic and functional testing can both be used to complement each other. “It’s really both that we need, and it's both that we need to understand about in trials,” she said. “When do we bring in that functional assessment, whether it be CT-FFR, stress testing, whatever it may be, in the patients with known coronary disease?”

Trials to date, including CRESCENT, that have looked at what happens when a comprehensive CT testing protocol is put in place compared with standard functional testing have been essential to changing daily practice. A “strategy of selective testing whereby you have a first test and then you think about what to do later in a selected population is fundamental to where we need to go,” Shaw said.

Yet because of the low-risk patient population enrolled in studies like CRESCENT and the “broad endpoint” used, researchers need “to think more broadly about what we’re looking for in terms of clinical event rates,” she noted. “When your patient has a clinical worsening state, that's concerning to you. You don't always [just] want to know who's dead or alive at the end of the day, sometimes you want to know when a patient is going down a pathway perhaps which is emblematic of clinical worsening or progressive disease states. So CTA to me can be very influential in overcoming many of the challenges of a stress test.”

Of patients who receive stress testing today, “the normal cath rate is around 70-80% on the private payer side,” Shaw said. “So we can definitely do better.” Moreover, 3-4% of low-risk patients who receive catheterization will have procedural complications, she cited. “It doesn't occur that often, but it's still a concern.” Patients also receive repeat tests at a “high rate” today, Shaw added.

CT angiography can help alleviate many of these issues, she argued. “First of all, we know CTA is cheaper—it’s reimbursed a lot less—so there could be sizable cost savings. The detection of atherosclerotic plaque is fundamental to preventive care. That's an important component of a CTA add-on to stress testing. And there's a more selective use of invasive angiography. So we can cut the invasive angiography rate sizably by [using] CTA and finding negative findings.”

Many patients with moderate-to-severe ischemia don’t have obstructive disease, she said. For these patients, Shaw suggested that if CTA is used, invasive angiography no longer needs to be on the table: “[With] a randomization strategy of CTA following a stress test as compared to standard ischemia-guided care, you can see easily how we can easily improve the diagnostic evaluation of patients going to stress testing.”

Further, she argued, “every one of the almost 20 million patients in the United States that has a stress test should have a calcium score.” Stress testing leads to “a lot of diagnostic uncertainty, and . . . there’s a paralysis that happens after a positive stress test for many physicians where they don’t do anything.” With calcium scoring, clinicians can detect atherosclerosis, and this has “been shown to effectively guide preventive care,” Shaw continued. Yet “the biggest value of adding a calcium score is to improve the diagnostic certainty of findings on a stress test.”

From a strategy perspective, Shaw said that because anatomy is influential in guiding medical therapy, “we have to take advantage of that and we have to actually understand how we can develop treatment strategies that are guided by the findings. Is it obstructive disease? Is it the diffusivity of plaque? Is it the presence of plaque? We need to know a lot about this as well as we need to know the impact of therapy trials on the plaque itself. This is where we're really at the tip of the iceberg in understanding.”

The recently published, observational PARADIGM study used quantitative plaque assessment to show that patients who were taking statins at 2 years had a 21% reduction in percent atheroma volume and a 35% reduction in new high-risk plaque features, she explained. Future studies should “go beyond” observational assessments to dictate “how do we actually initiate guideline-detected therapies particularly in those patients who have evidence of atherosclerosis,” Shaw said. “Not just statins, but the whole array of preventive care; we need to develop a strategy of care.

“Almost two-thirds of your patients have some form of plaque,” she continued. “If we’re going to talk about reducing the burden of cardiovascular disease in the patient population, understanding the totality of preventive therapies as well as lifestyle modifications could have a huge impact.”

Preventive trials with calcium scoring are also needed to broadly look at different high-risk patients, for example smokers, those with breast arterial calcification, or diabetics. “Can we actually develop therapeutic preventive trials for [those] patient populations?” she asked.

‘There is No Incentive Not to Do Something’

In discussion following Shaw’s presentation, one audience member suggested that future trials should perhaps be designed to randomize physician groups or institutions instead of treatments. Indeed, such a strategy is being tested in the SYNTAX III REVOLUTION study.

Panelist Udo Hoffmann, MD, MPH (Massachusetts General Hospital, Boston), said it is an “interesting” idea, but “usually people try to avoid that . . . because these comparisons would be probably very provocative and, more importantly, very underpowered.” However, there are differences in how care is provided geographically, “so it's not unreasonable to think about something like that,” he added.

Generally, “we need to think more creatively about clinical trial design and try to emulate what you do every day, and see if we can actually either improve efficiency or improve effectiveness in patient care,” Shaw responded.

Session co-moderator Harold Litt, MD (Perelman School of Medicine, Philadelphia, PA), added that because shared decision-making is “a major priority, at least in the NIH at the moment,” it’s likely that those models will show up in future trials. “What we have to be careful of is how data are presented,” he said.

Of note, he continued, “if you look at the data very carefully in places where they do stress tests, patients choose to go home, and in places where they do CTs, patients choose to have the CTs. I don’t necessarily think patients are perceiving a difference between CT and stress testing other than saying, ‘Well doc, how long is this going to take?’ We say, ‘If you do CT here, you can do it very quickly. If you do stress testing, you have to wait 12 hours.’ I think it’s the way things are presented to the patient as well. Even with shared decision-making, there is a little bit of bias there as well.”

Another audience member, who identified himself as a radiologist, asked why cardiologists are still doing “diagnostic caths when all the information they would have [from a] CT would direct them whether they need a cath or not. In radiology, if you had a sensitivity less than 40%, you would basically be thrown out, . . . but in cardiology this is still very common. The cost is in the billions worldwide, I would imagine.”

Acknowledging that most people in the room probably share the same concerns, Litt said that the main issue is that “we haven’t yet demonstrated that what we do actually improves outcomes. Until we do that, there isn't going to be much motivation to change what is currently being done.”

Economics play a large role as well, according to Shaw. “A charge for invasive coronary angiography is around $6,000, and CT on Medicare is a lot less than that. It’s become so commonplace in cardiovascular care, particularly on the private side, but I do think payers are becoming more amenable to alternative strategies. We're all working hard to develop that evidence to change those patterns. I think you’ll see some changes in the next 5 years,” she said.

Hoffmann summed it up: “There is, at least in the US, . . . no incentive not to do something. That is the underling systemic issue.”