My Takeaways From ESC 2018: Good or Bad, the Luxury of New Data Begets Cries for More

In a year of big trials, this year’s ESC Congress offered up plenty of disappointments. That doesn’t mean they failed.

MUNICH, Germany—It’s a credit to the curious minds drawn to the field of cardiology that this specialty enjoys a depth and breadth of clinical research not seen in many other areas of medicine. So much so that practicing cardiologists have the habit, it seems, of constantly calling for more evidence and, when they get it, the extravagance of deciding whether they want to accept it or not.

That’s a gross oversimplification, made by an observer of this space, not an active participant. But my takeaway from the European Society of Cardiology (ESC) Congress 2018 is that no matter how much evidence you get, you can always fall back on the need for more.

A surfeit of evidence is a luxury not afforded all cardiology conferences. Many meetings in recent years—the ESC included—have been the victim of unfortunate timing, with no large, randomized, eagerly awaited clinical trials ready for unveiling. Others have had big trials, but they’ve been focused on investigational therapies and have come up short, thereby having no measurable impact on patients or physicians because the drugs (and it’s typically been drugs) will never make it to market.

This year’s ESC Congress was different. It boasted a range of sizeable studies dealing with already approved drugs or devices. As such, even the trials that delivered negative or neutral results will—or should—have important implications for practice. Most notable in this category were the two large aspirin trials in the setting of primary prevention, ARRIVE and ASCEND.

ARRIVE was conclusively negative: in 12,000 primary-prevention patients randomized to aspirin or placebo, there were no significant differences in the first occurrence of cardiovascular death, MI, unstable angina, stroke, and TIA, nor any differences in the secondary endpoints.

ASCEND was more complex. Among more than 15,000 patients with diabetes but no cardiovascular disease, aspirin modestly reduced serious vascular events compared with placebo but also increased the risk of major bleeding. “The mere presence of diabetes does not appear sufficient for aspirin to entail a benefit clearly exceeding the risk of bleeding,” discussant Sigrun Halvorsen, MD, PhD (Oslo University Hospital, Norway), observed after ASCEND’s presentation. 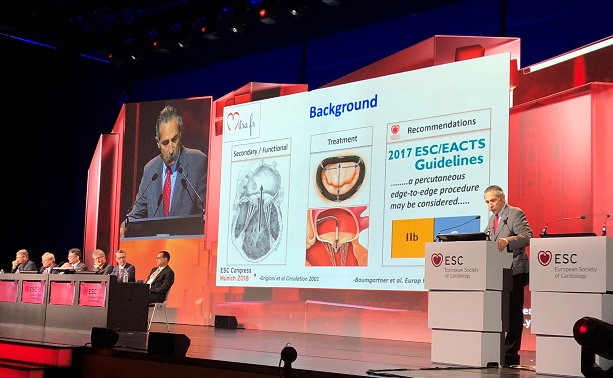 also made an appearance in the large—and negative—GLOBAL LEADERS trial. Conducted in 130 sites in 18 countries, the study had hoped to show that ticagrelor (Brilinta; AstraZeneca) was potent enough to be used as single therapy in patients undergoing PCI for ACS or stable coronary artery disease. Alas, the strategy of dropping aspirin after 1 month and continuing monotherapy with ticagrelor was no better than standard dual antiplatelet therapy in this patient group.

Much smaller in size (but potentially more disappointing) was MITRA-FR, a study investigating the MitraClip (Abbott) for patients with severe heart failure and functional mitral regurgitation (MR). At 12 months, the 152 patients randomized to the clip experienced improvements in MR grade and NYHA class, but these gains were no different than those seen among the 137 patients treated with optimal medical therapy, such that the primary composite endpoint of all-cause death and unplanned rehospitalization for heart failure was no different between groups.

Aspirin—old, cheap, and generally unloved—had few people rushing to its defense. Trials of newer therapies with an established fan base, however, drew a chorus of criticisms and explanations: MITRA-FR was too small, the patients too sick. GLOBAL-LEADERS, at 16,000 patients, needed 20,000 to show a benefit, experts argued. The 12,000-patient MARINER trial, in which rivaroxaban did not prevent venous thromboembolism or related deaths in people with acute medical illness, still showed some “positive signals,” presenter Alex Spyropoulos, MD (Lenox Hill Hospital, New York, NY), vouched. Perhaps the biggest flop of the meeting was High-STEACS, a mega-trial that enrolled 48,000 chest pain patients yet failed to show that using high-sensitivity cardiac troponin to stratify patients can cut subsequent death or MI. Here, the rationalization went, the very sensitive tests are singling out patients with very small amounts of myocardial injury in whom effective treatments are not established. 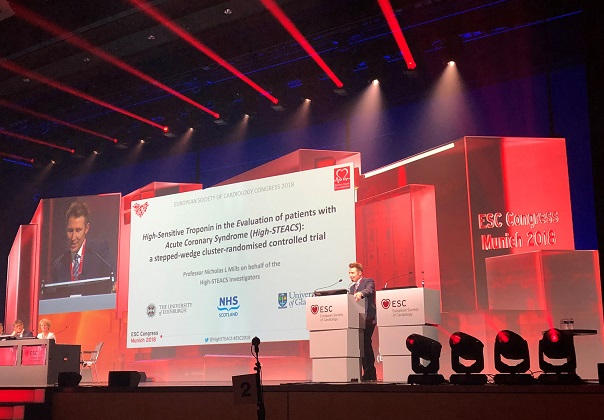 “Most of the trials were negative,” ESC President Jeroen J. Bax, MD, PhD (Leiden University Medical Center, the Netherlands), agreed when I spoke with him after the meeting. “Many people say, when a trial is negative, that it’s not a big success, but I disagree. I think it’s still very successful to have a negative trial because that shows us what we should do next. Or, it is either equal to another therapy and then you have the choice of doing one or the other, which can make a lot of difference in logistics.” Plus, he continued, “from the negative trials we learn how to adapt the next trial and which direction we want to go.”

Besides, Bax noted, there were some important positive trials. He pointed to ATTR-ACT, showing that tafamidis (Vyndaqel; Pfizer), a drug that stabilizes transthyretin, significantly reduced the risk of all-cause mortality compared with placebo in patients with amyloid cardiomyopathy, a highly lethal disease. Another, said Bax, was TIM-HF2, showing that telemedicine may help with the remote management of heart failure patients, reducing days lost to unplanned hospitalizations or all-cause death. I’ll add SCOT-HEART, another chest-pain triage trial, which showed a 41% reduction in coronary heart disease deaths or nonfatal MI when coronary CT angiography was used instead of standard care to guide patient management.

Skepticism is a good attribute in doctoring, I assume. It must help physicians at the bedside to differentiate between real and imaginary symptoms and gauge true compliance to diet, exercise, and meds. In the barrage of marketing that doctors face from drug and device makers, a healthy degree of incredulity would surely help put all that glitzy information in perspective.

What I can’t help wondering as ESC 2018 starts to fade from view is how often that skepticism becomes a stand-in for not getting the hoped-for results. “We need more trials, with more patients” is the safe retreat for physicians unwilling to accept new data that run counter to what they hoped to see, or the way they currently practice. And that works both ways. MITRA-FR, irrefutably negative, prompted many to say that COAPT—larger, with different endpoints, and a somewhat healthier population—will provide a clearer answer on the question of MitraClip therapy when it is released at TCT next week in San Diego. SCOT-HEART, resoundingly positive, was assailed for being too good to be true, despite being a long-called-for randomized controlled trial of CT imaging for chest-pain. 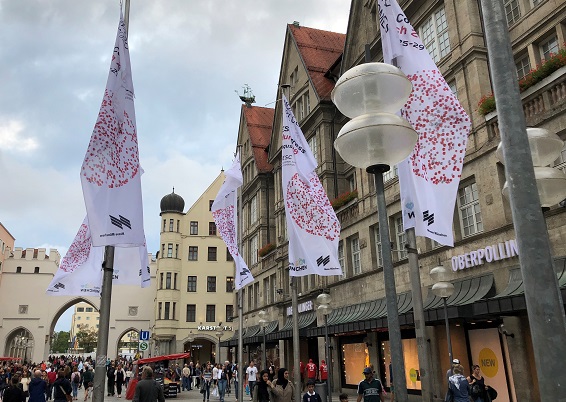 “I think what happened is that the data are the data,” Manesh Patel, MD (Duke University Medical Center, Durham, NC), said of SCOT-HEART, which might be the best way to sum up an ESC Congress that, as Bax put it, “had something for everyone.” Whether people choose to accept what they saw may be immaterial—luckily for me, writing about it, and for everyone else needing to apply trial results to honest-to-goodness patients, there will always be more meetings, and more data.

What are cardiologists more willing to accept: positive data or negative? I put the question to Bax. “That’s a difficult question, and I don’t have an immediate answer for you,” he replied, fittingly. “I think that people do understand that things can’t consistently be positive because that would not be normal,” he added, with a smile. “Last year we were lucky, we had positive trials, and that comes in waves. I think my take home this year is that many people realize that negative is not, by definition, a failure.”

It will fall to the guideline writers to make sense of it all, and there are always more guidelines. This year’s ESC was no exception, with new or updated guidance on myocardial revascularization and CVD during pregnancy, plus a new consensus document refining the definition of myocardial infarction.

Find all of TCTMD’s coverage of the ESC Congress 2018 on our Conference Page.

My Takeaways From TCT 2017: Show Up, Keep It Civil, and Bring Your Best Self

My Takeaways From ESC 2017: That Lovin’ Feeling? Barcelona Brings It Back