This must be what it’s like for Clinton and Trump today, hitting as many swing states as possible but knowing they can’t get to everyone. 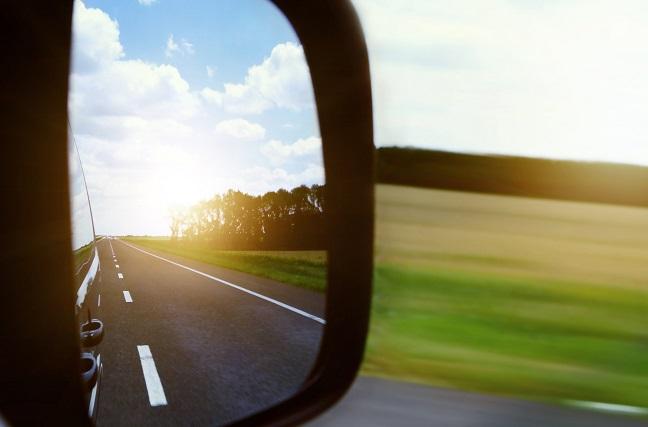 WASHINGTON, DC—The TCTMD news team is winding up its coverage of this year’s TCT conference in Washington. I feel the way I always do in the aftermath of a meeting—proud of the amount of stories we were able to crank out but haunted by all the sessions we didn’t get to and couldn’t cover. This surely is what it must feel like for Clinton and Trump today—crashing and hollering through as many swing states as possible but knowing in their hearts that they can’t get to everyone. Our mock election at TCT 2016 handed Clinton a handy victory, though voter turnout was pretty abysmal. For my American friends, I hope you see better numbers at the real polls and get the leader you’re expecting and hoping for. There are only so many couches in Canada.

This year’s TCT had its own share of surprises, however. Topping the list were the 3-year results from ABSORB II. We’ve been hearing for ages that these “disappearing” stents would have vanished by the 3-year mark, so you can imagine the faces of clinicians and reporters in the press conference when bioresorbable stent pioneer Patrick Serruys, MD (Imperial College, London, England) acknowledged that fragments of the scaffold struts can still be seen on OCT at the 3-year time point. In the results he showed in the first late-breaking clinical trial session of the meeting, the Absorb GT1 bioresorbable scaffold (BRS) was no better than the Xience everolimus-eluting metallic stent (both Abbott Vascular) at improving vasomotor tone and was associated with an increase in late lumen loss. More troubling still, the device was associated with a two-fold higher risk of device-oriented clinical events, including target-vessel MI and—as other reports have shown—a heightened risk of late scaffold thrombosis. “It’s not what we were expecting,” Serruys admitted.

Whether newer-generation BRS hold the answer remains to be seen. Serruys estimated that at least two dozen companies are currently exploring new bioresorbable scaffolds, and preliminary results for four of these, presented in another session at TCT 2016, suggest that at least very preliminary clinical and angiographic results are promising.

Another surprise came in the realm of left main stenting. Here, the EXCEL trial showed that patients with low or intermediate SYNTAX scores treated with DES PCI had comparable rates of death, stroke, or MI at 3 years when compared with patients treated with CABG surgery. By contrast, in the NOBEL trial, treatment with PCI using predominantly a biolimus-eluting stent was associated with a significantly higher rate of major adverse cardiac and cerebrovascular events at 5 years when compared with CABG surgery. Hours of TCT 2016 both in sessions and in corridors, meeting rooms, and Washington, DC, wine bars were likely spent reconciling the different endpoints, time points, and results from these two trials. I hope our TCTMD story helps. Many commentators appeared to agree, however, that the studies have more similarities than differences, although what longer-term follow-up will show remains a topic for a future meeting.

From the TAVR Trenches

Some TAVR trials also came out unexpectedly. Not, perhaps, 5-year echo results from the PARTNER 1 trial and other smaller studies, which show no early signs of valve deterioration—keep in mind, the signals of late problems that stirred the valve durability pot earlier this year cropped up beyond the 5-year mark. But the SENTINEL study, looking at embolic protection in TAVR, likely caught some observers by surprise. As reported by TCTMD, the company behind the Sentinel dual filter embolic protection device, Claret Medical, filed for US Food and Drug Administration (FDA) approval in September, so a safe bet would have been on a positive trial. Instead, SENTINEL missed its primary endpoint of a reduction in new brain lesion volume on MRI. The safety of the device, however, and the fact that it appeared to trap significant debris in almost every procedure were greeted warmly, while other experts insisted this device needs to prove itself before its use—and added costs—can be justified.

Elsewhere, 2-year quality-of-life data from intermediate-risk patients may be surprising or confirmatory, depending on people’s preconceived notions of surgery’s role. At 2 years, patients in PARTNER 2A experienced QoL benefits whether treated with TAVR or surgery; however, the less-invasive approach appeared to have an advantage over surgery among those eligible for transfemoral access within the first month. This advantage was not seen among TAVR patients treated via a transapical or transaortic approach.

Getting away from valves and coronaries, TCT 2016 included good news for left atrial appendage closure using the Watchman (Boston Scientific) and Amulet (St. Jude Medical) devices. Postmarketing registry analyses (one in the United States, one in Europe) showed high rates of device success and low risks of periprocedural complications.

And speaking of closure, investigators for the second year in a row provided TCT 2016 attendees with long-term follow-up—now out to 10 years— from the RESPECT trial of patent foramen ovale closure for recurrent stroke. Looking only at the intention-to-treat population, but excluding strokes of other known mechanisms, investigators saw a 62% relative risk reduction in secondary stroke (95% CI 0.18-0.79) compared with medical management—a difference that was magnified still further in patients under the age of 60. Again, perhaps not surprising given news that broke on the eve of the conference that the FDA had granted marketing approval to the Amplatzer device used in RESPECT.

Going According to Plan

Like most people—with the exception of those who have labored for years on a study hoping for a slam dunk—I like surprises at conferences, either a win that blows the comparator out of the water or a result that turns out absolutely opposite. When things go just as predicted, it makes for dull journalism. That may partly explain my disappointment when I draw the short straw in our editorial planning meetings and end up with a trial designed to demonstrate noninferiority. This happened with ILUMIEN III, a study trying to decide on the best imaging modality to guide stent placement in PCI. Here, a three-way comparison of optical coherence tomography (OCT), intravascular ultrasound, and angiography showed OCT to be noninferior to IVUS but did not meet “hierarchical tests geared to demonstrate superiority of OCT over angiography and IVUS.” Ouch. It’s results like these that make me grateful I chose my current career path, because the only question that seems sensible to ask is: but isn’t “better” better?

And in fact, I did ask that question, or a version of it at least, and lead investigator Ziad Ali, MD (NewYork-Presbyterian Hospital/Columbia University, New York, NY), agreed that, yes, the hope had been that the newer imaging modality—OCT—would be better than angiography. “However,” he said, “OCT was superior for minimum and mean stent expansion and acute procedural success, so the minimal stent area is not the only outcome parameter associated with successful PCI. It was just the one that we powered the primary endpoint towards.”

I got the chance to record a number of episodes of On Record at TCT 2016—these will roll out over the next few months on TCTMD. One of the guests on the show, clinical trialist Robert Harrington, MD (Stanford University, CA), gave me his thoughts on noninferiority designs in what he called the “era of incrementalism.”

One of his pet peeves, he said, are “noninferiority trials without there being a benefit to noninferiority,” the key example being an intervention that is safer, cheaper, or easier to give. “A central construct of noninferiority,” Harrington noted, “is that you’re willing to give something up, but you get something in return.”

My takeaway from that analogy, provided to me on Halloween no less, is that clinical trial designs could learn a lot from trick or treating.

What’s more, Harrington’s words could equally apply to the next—and, okay, somewhat more universally important—event hitting Washington, DC, tomorrow.  Here’s my prediction for the US election: a result that sees America giving something up but getting something meaningful in return.

Remember, we really want your feedback on the new TCTMD. Please send comments and complaints and anything else useful to support@tctmd.com. We are continuing to refine the site based on user comments.

An earlier version of this story incorrectly stated that “disappearing” stents would have vanished by the 2-year mark.

My Takeaways From ESC 2016: Eye-Rolling, Disappointments, and a Sobering Comeuppance

Hot or Not, This Year’s Trials Offer Food for Thought: My Takeaways From ACC 2016